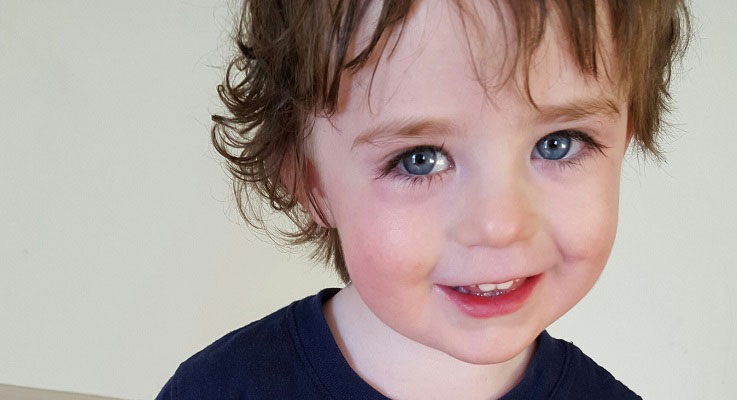 Yvonne Cahalane is calling for the legalisation of medicinal marijuana in Ireland after seeing the amazing transformation in her son.

She moved to Colorado with two-year-old son Tristan, who was born with an incurable form of epilepsy, from their home in Dunmanway, Co Cork , last December.

The toddler, who was suffering 20 seizures a day, has drastically improved and Yvonne is convinced her desperate decision to leave Ireland was the right one.

“He began to babble, repeat sounds and say new words – all of which had vanished since his spate of violent seizures last May when he stopped talking altogether.

“During the second week he began to get steadier on his feet, he wasn’t falling after a few steps, he was bending with stability. He would sit down without help and he began to kick a ball.

“His seizure activity lessened with every few days and once he had been increased to his optimum dose with the introduction of tiny amounts of THC, he was 99% seizure-free and has been ever since.”

In fact, Tristan has not had a seizure in three months and hasn’t needed rescue medication or oxygen since beginning cannabis oil treatment. His appetite and sleep have improved significantly and for the first time he can take part in normal everyday activities.

And while she misses her husband John and their other son Oscar, Yvonne is full of praise for the health staff.

“I’ve missed so much of Oscar while daddy is missing Tristan’s development and progression, which he can only see through Skype.

“But the hospital and doctors we have caring for Tristan are wonderful, they hold cannabis in high regard as a medicine.

“Colorado in general is a very open-minded and beautiful state. There are educational events all the time to spread awareness of people’s options in using cannabis as their medicine.”

However, the treatment is illegal in Ireland and will not be available to Tristan when he and his mum come home when their visa expires.

So the determined mum has launched a campaign to legalise medicinal marijuana in Ireland and an online petition on change.org calling for a change in the law has acquired almost 3,000 signatures.

She added: “I think the prospects are good. It’s illogical to not have it in Ireland.”

UT: Latest Numbers Show Medical Marijuana May Still Be On The...

Big Pharma’s Opposition To Medical Marijuana: What’s Holding Them Back