The timeline for the oft-delayed rollout of Maryland’s new medical-marijuana industry gained more clarity this week, when state officials announced the first cultivation and processing licenses could be awarded by early August.

“This is an extraordinarily competitive process,” he said. “We’re cautious about our optimism. We know there’s lots of great competitors, but we also know we came to a great area of the state. We know we can add jobs here and help people here, and help patients. We’re hopeful.”

Kadens, as well as several other GTI-Maryland officials, attended Tuesday’s meeting of the Washington County Board of Commissioners to provide an update to the public on the licensing process.

“It has been a long process, but it’s been a great learning process for us at GTI,” Kadens said afterward. “The reason we came back is because we want the community to be informed. It would be unfair for them not to know what’s going on with us and the commission and all the folks in Annapolis.”

GTI, which already has licenses in Illinois and recently won licenses in Massachusetts and Nevada, remains “shovel-ready” to begin its project west of Hagerstown, where the company plans to build a new facility along Hopewell Road.

Other hopeful growers that have made plans public include Harvest of Maryland in Hancock and Peake ReLeaf LLC in Hagerstown. Dozens of applicants also are seeking dispensary licenses in the county’s senatorial districts.

Kadens said GTI already has received close to 180 inquiries about working at the company’s proposed 75,000-square-foot facility. The firm plans to hire 40 to 50 people initially, and ramping up to 100 to 150 in the first three years.

The license awards have been delayed significantly due to an overwhelming response from applicants, which total more than 1,000. The state commission received a total of 146 applications from growers, 124 from processors and 811 from hopeful dispensaries.

In total, 15 licenses each will be awarded for cultivation and processing, as well as 94 total dispensaries – two per each of Maryland’s 47 senatorial districts.

Once preliminary approvals are handed out, companies have up to a year to complete all of the tasks needed to receive a license, including paying substantial licensing fees and passing inspections. After that, state officials have said the drug could be ready for patients in about six months.

Maryland has been one of the slowest states to establish a medical-marijuana industry under state law, having been passed by legislators in 2014. 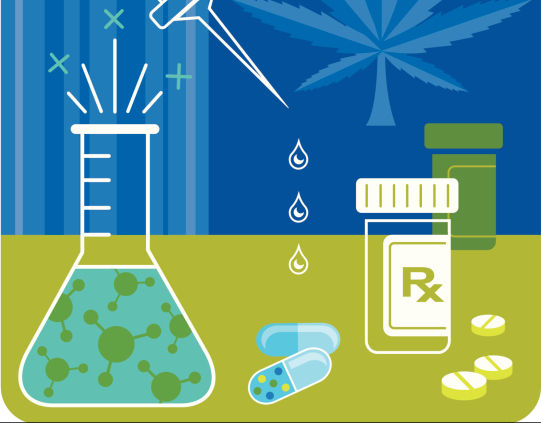