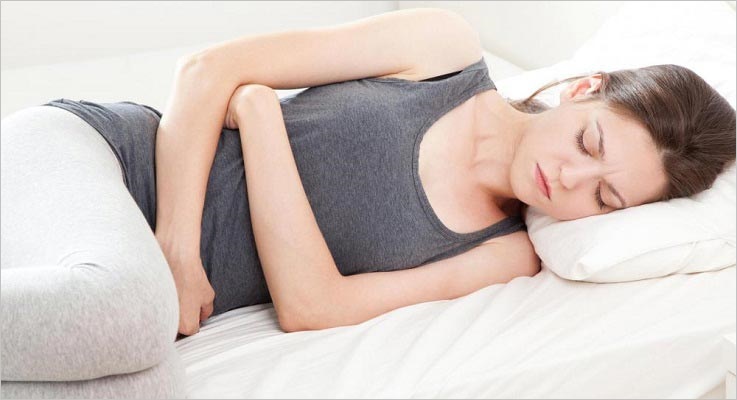 Do you have your finger on the pulse of online conversations related to vaginas? Clearly you are — you’re reading this article! You are probably already aware of the recent buzz about using medical marijuana as an antidote to painful menstrual cramps, known as dysmenorrhea.

It is designed to be inserted in a similar manner as a tampon, where it dissolves relatively quickly into the nerve-rich, cannabinoid receptor-filled pelvic region.

The pearl-shaped suppository interacts with the nerve-endings in the uterus, ovaries and cervix. It is said to ease the discomfort that women experience during menstruation.

THC helps to block feelings of pain, instead sending more pleasurable sensations to the brain. CBD works with the body’s immune system to both reduce inflammation and relax cramping muscles.

Because marijuana interacts with fats and oils, the cocoa butter serves a double purpose of activating the chemicals in the plant and imparting a pleasant smell.

According to Matthew Gerson, one of Foria Relief’s creators, this area of the body “contains more cannabinoid receptors than any other part of the body except for the brain,” making this new product an ideal way to treat painful periods.

Foria Relief does not have psychotropic properties and does not result in a “high.” Several people who sampled the suppository and wrote about their experience claim that they began to feel the effects in about 20 minutes.

The effects lasted longer than those of other menstrual pain-relief medication they had tried. Foria Relief was found generally to be easy to insert. (Read a more complete review at the website listed under Resources.)

The Foria website emphasizes a respect for the marijuana plant and its powerful medicinal properties. It advertises a safe and natural alternative to existing pharmaceutical pain-relief drugs on the market.

Foria Relief is sold in packs of 4 for $44, and is currently available in California and Colorado, the states where marijuana is legal.

Doctors are warning that the product has not yet been approved by the U.S. Food and Drug Administration, a process required for all medical innovations in this country. Controversy over the recommendation to utilize a product without a full FDA evaluation has emerged within the medical community.

Disclaimer: This is where my research ends and my personal questioning/opinion-spewing begins. I hope you offer your own thoughts in the comments below!

Unsurprisingly, I feel conflicted about this new product. Not because it hasn’t yet been reviewed and officially approved by the FDA. That process can be extremely slow, politically motivated, and contingent on funding rather than pure potential for health benefits.

Rather, I am ALWAYS skeptical of new products designed to affect reproductive or sexual health. Even drugs that have been through trials and studied for years before they are released on the market in the United States have resulted in devastating morbidity for women.

These disasters have ranged from contraceptive options that leave women unable to have children, to hormone treatments that are correlated with cancer in our children, to menstrual products that are made with bleach (tampons! yikes!) … we often do not know the impact of a drug until years later.

I am pretty insistent on seeing scientific evidence of risks and benefits associated with a drug before I put it anywhere near my vagina.

That said, this is a natural and plant-based option, which is far less daunting to me than chemically-enhanced or hormone-rearranging medications.

And because funding is so rarely directed at researching female health and developing items that improve sexual/reproductive well-being — especially if they also facilitate feelings of pleasure! — I want to support Foria’s further investigation of this important medicinal option for women.

One important question I’d have for those studying this product: Does the suppository give a user the munchies?

Because if so, chocolate may be an even more important prerequisite for “that time of the month.”

Bottom line: If someone was passing around a pack of Foria Relief, I would totally take a hit.

What do you think?

The Grass Is Green For Careers In Cannabis Research

Medical Marijuana and The Workplace — What Employers Want To Know