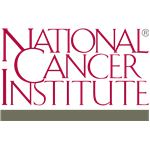 The website of the National Cancer Institute (NCI), a component of the United States National Institutes of Health (NIH), has acknowledged the cancer-fighting properties of marijuana’s active components, but stopped short of recognizing that oncologists may recommend cannabis as an anti-proliferative treatment therapy.

The agency last week added a new section to its cancer.gov website to address the issue of marijuana and cancer. The section, entitled ‘Cannabis and Cannabinoids (PDQ),’ provides “an overview of the use of cannabis and its components as a treatment for people with cancer-related symptoms caused by the disease itself or its treatment.”

The website states that preclinical trials have shown that marijuana’s active compounds may selectively target and inhibit cancer cell growth. “Cannabinoids may cause antitumor effects by various mechanisms, including induction of cell death, inhibition of cell growth, and inhibition of tumor angiogenesis and metastasis,” the site reads. “Cannabinoids appear to kill tumor cells but do not affect their non-transformed counterparts and may even protect them from cell death.”

However, previous language included in this section of the website stating, “In the practice of integrative oncology, the health care provider may recommend medicinal Cannabis not only for symptom management but also for its possible direct antitumor effect” was removed by site administrators on Monday, March 28.

That portion of the website has been modified to now read, “Though no relevant surveys of practice patterns exist, it appears that physicians caring for cancer patients who prescribe medicinal Cannabis predominantly do so for symptom management.”

New language added to the page further states, “The U.S. Food and Drug Administration (FDA) has not approved the use of Cannabis as a treatment for any medical condition.”

The NCI amended its language after several media outlets reported that their initial assessment “could have an impact on the classification of marijuana as a schedule I drug.” Under federal law, cannabis is defined as a schedule I controlled substance with no recognized medical utility.

In a prepared statement, the NCI stated that its online material should not be viewed as “treatment recommendations and are not representative of any federal policy.” The agency added, “In light of the attention garnered by the PDQ summary statement on ‘Cannabis and Cannabinoids,’ reviewers … reexamined the recently posted statement and decided to change the wording, in order to clarify the meaning that the Board originally intended to convey and to correct several possible misinterpretations.”

United State’s researchers initially documented the anti-tumor effects of cannabinoids in a 1975 study published in the Journal of the National Cancer Institute.