Two years ago, Florida voters just barely missed a 60 percent threshold to legalize medical marijuana in the state. That won’t happen this November – at least not if a new poll on the measure from the University of North Florida is even close to accurate.

UNF’s survey, released this morning, finds that 77 percent of Floridians back Amendment 2, which would legalize medical pot statewide. Just 18 percent of voters said they were against the move, and 4 percent were still undecided.

“If Floridians had the legislature we deserved, we’d already have the medical marijuana law the overwhelming majority of us want,” says Ben Pollara, campaign manager for United for Care, a group backing Amendment 2. “This election we will finally pass a compassionate law that puts medical decisions back in doctors’ hands, not politicians’.”

The poll is just the latest piece of good news for Amendment 2 backers. Since last week, three conservative-leaning newspaper editorial boards have reversed their 2014 stances, with Jacksonville’s Florida Times-Union, the Fort Myers News-Press, and the Panama City News Herald all penning editorials backing the measure.

“Twenty-five states have already legalized medical marijuana,” the News Herald writes. “Florida residents should have the same ability to avoid the risks of addiction and overdose that come with legal painkillers, and instead use medical marijuana to treat chronic pain, nausea, and other conditions that stem from debilitating diseases.”

Voters are already onboard with that message, UNF shows in its new poll, which was conducted September 27 through October 4 with nearly 700 likely voters. UNF found wide support across party lines for Amendment 2.

“Huge majorities of likely voters support Florida Constitutional Amendment 2,” Dr. Michael Binder, faculty director of UNF’s Public Opinion Research Laboratory, says in a statement. “Not only are Democrats wildly supportive, but even Republicans are above the 60 percent threshold required for passage.”

Though younger voters were especially supportive, even older Floridians like the measure.

“The strongest support comes from the voters 34 years old and younger, but even likely voters 65 and older are in favor of legalizing medical marijuana,” Binder writes.

UNF’s survey suggests full-on, Colorado-style legalization is probably still a step too far for Florida – but not by as wide a margin as one might suspect.

The poll found 40 percent of voters back legalized recreational pot, and 45 percent believe it should be allowed only for medical use; only 15 percent said pot should be illegal no matter what.

All in all, Amendment 2 backers have to feel confident heading into a presidential election that’s bound to draw huge numbers of Democrats to the polls, plus plenty of libertarian-leaning GOP voters.

Of course, the effort’s opponents are still banking on souring that mood in the final month before the election. Drug Free Florida, a group led by Tampa shopping-center magnate Mel Sembler and financed by Publix heiress Carol Jenkins, has begun buying TV ads.

The group doesn’t have the same heft it did in 2014, though, when casino mogul Sheldon Adelson pumped nearly $6 million into the effort. Adelson has given a more modest $1 million this year.

If UNF’s numbers are remotely accurate, that amount hasn’t been enough to dent enthusiasm for legal medical pot this time around. 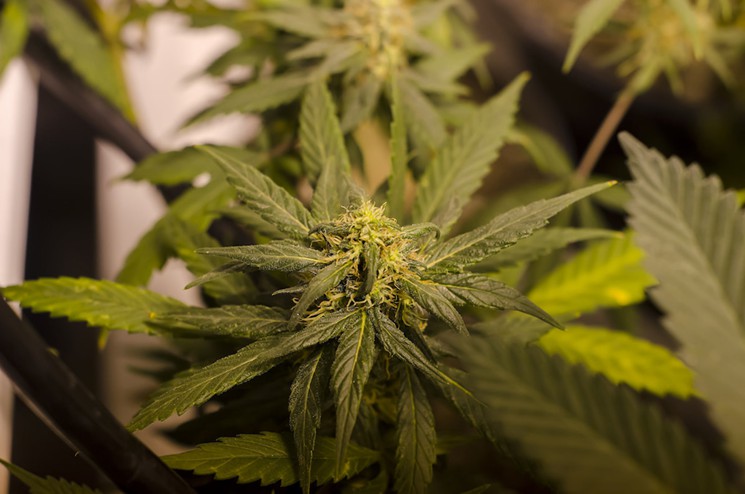