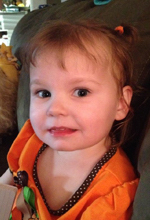 Julie Michaels remembers the day her daughter lost her smile. At 6 months of age, Julie had noticed her daughter’s skills were regressing, but the lack of a smile was the most noticeable of all.“It was probably the hardest thing as a parent, just for her to be expressionless – no joy there at all,” she said of her daughter Sydney Michaels. “It was really hard.”

Dravet Syndrome — a rare and catastrophic form of intractable epilepsy that begins in infancy — was the culprit behind the latest development. “If she’s seizing a lot, we see regressions,” Michaels, of Connellsville, said. “We’ve had at least three, maybe four regressions since this whole thing started, where she has to go through a time of regaining skills that have been lost.”

New Year’s Eve 2009
Sydney Michaels suffered her first, of what would become thousands of seizures, when she was three days shy of turning 3 months old. “I had her in the bath at the time, and all of a sudden I noticed her arms and her legs were shaking,” Julie said. “And at that time, I thought maybe she’s just cold in the bath.” Three days later, on New Year’s Eve, a second seizure took hold of Sydney. She was blue, convulsive,” Julie said. “We literally thought she was dying. It was pretty terrifying. When 911 finally got here she had been seizing for well over 20 minutes.” Later, Julie would learn that bathing Sydney actually triggered the seizures. “I swear the girl had no more than 20 baths that first year of life once we realized that every time we put her in the bath she had a seizure,” she said.

In limbo
Other triggers, like heat and light, came along later after Sydney’s Dravet diagnosis at 11 months of age. But it was a grueling seven months before Julie and her husband Paul, were given any sort of clarity. They kept trying different drugs with her and nothing was helping,” Julie said. “She got to the point where she was on three different drugs at six months old.”

Throughout the seven-month period in limbo, where multiple drugs were introduced, and multiple trips to a variety of doctors were made, Julie and Paul still had hope that Sydney would one day grow out of the seizures, especially because Paul suffered from epilepsy in childhood. “We were always given that hope that childhood epilepsy is common, and a lot of children tend to grow out of seizures,” Julie said. “There was one doctor one time who said to us, ‘your child’s seizures are way too severe,’ he said ‘she’s not growing out of this.’ We both left there kind of shell-shocked, because everyone else is painting this happy picture, like, ‘oh, this is temporary, and it’s going to go away.’ Suddenly there was this doctor who said no, this isn’t going away.”

A special diet
Four years later, daily life is still a struggle for Sydney, where she has to avoid light by wearing an eye patch on one eye, rapid temperature changes, water, and normal foods that any other child enjoys.On a hot summer morning in July, Sydney was patiently sitting in the darkened, cool living room of her home, as her mother administered her her special, ketogenic diet through a feeding tube.

“She’s been on the diet since she was 10 months old,” Julie said. “I asked them (her doctors), what’s the likelihood of this diet helping her with this seizure control? They said they have never had a patient with Dravet Syndrome on this diet so we didn’t know. At least at Pittsburgh Childrens, Sydney was the pioneer down there, for being the first Dravet kid to be on the diet.” The diet — a high-fat, adequate-protein, low-carbohydrate diet — has worked wonders for Sydney, although at times, she struggles to finish the meals set before her. “Sometimes, she can be patient,” Julie said. “But a lot of times, mornings are really rough for her.” Before the diet, she was having three to five Grand mal, or tonic-clonic seizures every week, and almost all of them required rescue drugs, Julie said. The diet took her from three to five tonic-clonics a week to one every couple of months.

Trial and error
As time went on, Julie and her husband Paul, learned more and more about the rare disease that had taken over their daughter’s life. They learned a great deal through trial and error, as well as from other parents in support groups they joined. “There seems like there’s no standard one path,” Julie said. “What works for one Dravet kid, doesn’t work for the next Dravet kid. You constantly feel like your kid is a lab rat or a guinea pig — ‘let’s toss this at them and see what happens.’” Dr. Paul Means of Connellsville, Sydney’s primary care physician, said he feels as if medicine has failed her.

“I hate to say medicine is failing them (Dravet children), but, we kind of are,” Means said. “We’re not really controlling her (Sydney’s) seizures they way they should be controlled. We’re using medication that could have potential serious side effects. It’s the best we have right now. But, if there may be something better, I think we should look into it.” And that’s where medical cannabis comes in.

Regaining her smile
While Julie can look back on that day a few years ago when Sydney stopped smiling, she can also remember the day her daughter got her smile back. “There was a good year and a half when all of that was gone. We weren’t sure if we were going to get it back again. But somewhere around 2 years of age, the smile came back. And she started to develop a personality again,” Julie said. She’s hopeful to see even more improvement in her daughter’s development with the help of medical marijuana.

“I can’t even imagine how much it would help her quite honestly (developmentally),” Julie said. “A lot of the parents in Colorado who are using this with their children have found that their children’s triggers have been improved. The heat, and the lights, temperatures of water, no longer bothers their kids. They can go out and play, and act fairly normal.”

The medical marijuana being used in Colorado has strong anti-inflammatory agents, a high number of antioxidants, as well as weak levels of tetrahydrocannabinol (THC), the psychoactive ingredient for getting high.“We hope she has the same outcome as some of these other children,” Means said. “The reports from these parents have been pretty impressive. We wish we had more solid studies, but at this point, with medical marijuana being such a controversy, our officials are not letting us use it, or even let us trial it in any meaningful way to know. And I think that’s the key — we’ve got to get the approval to at least try it.”

Michaels has worked in concert with a group of other moms – moms whose children also suffer from epilepsy — for the past year, rallying to get Senate Bill 1182 passed in the Pennsylvania State Senate.Julie made several trips to Harrisburg with Sydney, imploring state Senators to hear their story. “There was no big lobbying in Harrisburg. There were none of the big guys behind this, there was no big money behind this,” said Sen. Mike Folmer, primary sponsor for SB 1182. “These are just everyday folk who are fighting for their health, who wanted to have an opportunity to have one more arrow in their quiver to fight their disease that I believe they have the God-given right to do. These are amateur, but outstanding and effective lobbyists.” Pittsburgh NORML and PhillyNORML — groups that have been pushing this issue for years — have never come this close.

“They haven’t gotten anywhere until this past year when the moms of these kids have stepped up and said ‘hey look, this can help my child, this can save my child,’” Julie said. “People are more willing to start looking at this when we’re talking about saving children. Without the kids there, I don’t think we’d be even remotely close to where we are.” Under the bill, which is titled the Compassionate Use of Medical Cannabis Act, a state resident who possesses an access card from the Health Department, would be able to use medical marijuana to treat his or her condition. A handful of drug delivery methods that do not involve smoking it would be permitted under the bill, including extracted oil, edible products, ointments and tinctures. The latest version of the bill no longer includes vaporization of cannabis as a method of treatment delivery, which is a major concern for Julie and her fellow moms. An oil is not going to help a seizing child, she said.

“If they are having a status epileptic seizure, and their benzo drugs aren’t working to pull them out of it, we could vaporize the THC with an oxygen mask, and that has shown to be very effective in stopping these status seizures,” she said. “You can’t give an oil or an edible to a seizing child. Plus, it’s the fastest and the most accurate form of dosing to get it quickly into the body. If you’re eating something orally, that takes 30 minutes or more to start getting into your system.” Despite the amendments, when the bill passed last month by a vote of 43-7, Julie, and the other moms, celebrated. Although a major victory, it was only one of the three hurdles they needed to clear. The measure failed to make it to the floor of the state House this term. If it had, it would have gone to the governor’s desk for his signature — the final hurdle.

A new year
Come January 2015, the moms will need to begin their battle once again. But this time around, they’re not starting from scratch. “The good thing is, I think it’s going to go through the Senate very quickly this time, because we’ve already kind of been there and done this,” Julie Michaels said. “The language of the bill has been written …we’ve already had the hearings in the Senate, we’ve had the amendments done in the Senate, we’ve gone through all of those fights, so I think it’s going to go very quickly through the Senate, which will hopefully give us a full solid year of pushing and fighting in the House.”

Julie said the House leadership has been resistant to running the bill. She has heard that the House wants to hold their own committee hearings. And the most difficult part of the whole process has been conveying a sense of urgency to the politicians. “Any seizure could be her (Sydney’s) last,” Julie said. “You just never know. Any moment could be the last. We can’t seem to share that sense of urgency enough.” A fund has been established through PNC Bank to aid the Michaels family with medical expenses. Donations can be taken into any branch and deposited into the fund, which is called the Sydney Michaels Foundation. 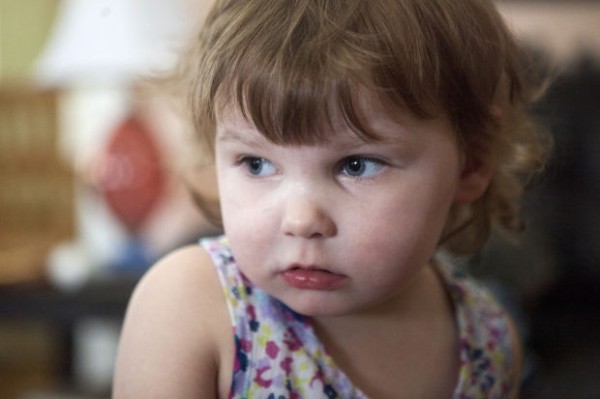