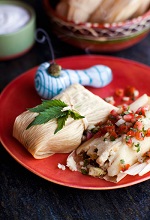 Why does smoking marijuana give people the munchies? Researchers at Yale University got dozens of lab mice stoned in order to find out.

Previous scientific studies (and anecdotal evidence) show that when people and animals are exposed to the active ingredients in marijuana they are driven to eat long after they should feel full.

“Everyone knows that if you smoke dope after Thanksgiving dinner you will still go back and eat more — sometimes much more,” said Tamas Horvath, a professor of neurobiology at Yale. “We were interested to find out why.”

Horvath’s group studies brain circuits that control hunger and satiety. In 2011, German researcher Marco Koch joined the lab to study how marijuana interferes with the body’s ability to feel satiated.

Koch hypothesized that the active ingredients in pot turn off a set of neurons in the hypothalamus that play a central role in inhibiting hunger. Those neurons are known as POMCs.

But when Koch went to prove this in the brains of stoned lab mice he found that the exact opposite seemed to be true.

(If you are imagining researchers holding joints in a cage filled with mice, think again. The mice were injected with a chemical that binds to the same receptors in the brain as marijuana. Still the researchers believe the mice probably did get high.)

Koch was surprised to find that instead of the POMCs being turned off in the mice, the neurons appeared to be turned on even more.

“It made no sense,” Horvath said.

At first Horvath wasn’t sure Koch had collected the data correctly, but after further analysis he concluded that the initial findings were right.

“And then we started to get excited,” he said.

To see what was going on, the researchers used a technique that allowed them to artificially turn off the POMCs in the brains of the mice. When they gave the mice the chemical marijuana after turning off the POMCs, the mice ate less.

Next they artificially boosted the action of the POMCs, and the mice ate much more.

“The question became, how can it be that the same neuron that promotes satiety starts to promote hunger when it is exposed to cannibinoids?” Horvath said.

Further study revealed that cannibinoids, the active agent in marijuana, can change what kind of chemical the POMC neurons release. When a mouse is drug-free, its POMCs release MSH, a chemical that suppresses appetite. But when you give the same mouse marijuana, its POMCs start to release the opioid beta-endorphin, which promotes hunger.

The results of the study were published Wednesday in the journal Nature.

In a News and Views article accompanying the study, researchers Sachin Patel and Roger D. Cone of Vanderbilt University Medical Center in Nashville write that the most notable part of the findings is that marijuana can change a brain circuit from being one that tells the body it’s full to one that tells the body to keep eating.

“The emerging picture of the arcuate POMC system is that of a circuit that can sense a wide array of signals and can then produce highly discriminatory responses through a differentiated set of circuits and molecular signaling mechanisms,” they write.

In other words, it seems the POMC system may be more complicated than researchers originally thought.

Horvath said the study posed almost as many questions as it answered. For example, what physiological purpose is served by the POMC neurons’ ability to switch from repressing hunger to amplifying it? They also wonder whether the POMCs of people who are obese or who have diabetes may have altered functionality.

And finally, they want to know what all this has to do with being high. 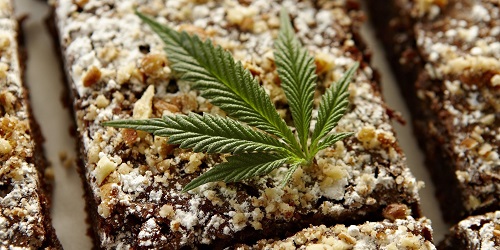