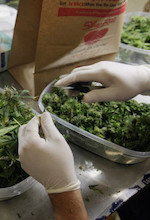 State health officials on Friday approved a highly coveted license for Boston’s first medical marijuana dispensary, selecting Patriot Care Corp. to operate a facility near Downtown Crossing. The company, which was already provisionally approved to open a dispensary in Lowell, also won permission Friday for a location in Greenfield, making it the only company positioned to run three dispensaries in Massachusetts.

In addition, state officials said they would allow another company to move forward with plans to open dispensaries in Brookline and Northampton — a decision that drew sharp criticism from some critics who allege the company has received special treatment. The Patrick administration put the plans of the company, New England Treatment Access, on hold in August after the Globe reported that its chief executive had falsely claimed to be a college graduate on the firm’s applications to the state.

The licensing process has been slowed by repeated disclosures, from media and competing applicants, about questionable backgrounds of some company officials and misrepresentations. No dispensaries have opened, despite state officials’ initial prediction they would open by this past summer. On Friday, Karen van Unen, chief executive of the state’s medical marijuana program, said in a news release, “I am pleased with the steady progress we are making and expect the first dispensaries to open later this winter.”

Two other companies received permission Friday from state health regulators to move forward with medical marijuana dispensaries: Coastal Compassion in Fairhaven and MassMedicum in Taunton. To date, Massachusetts has conditionally approved 15 applicants across the state, which still must pass inspection and win local zoning approval before they can begin growing and selling marijuana. No dispensaries have been selected for the counties of Hampden, Berkshire, Dukes, and Nantucket.

“We are concerned about underserved counties,” van Unen said in a brief telephone interview. She said the state hopes to start accepting more applications for dispensaries in the spring. Patriot Care spokesman Dennis Kunian said the company does not have a timeline on when it might be open for business in Boston. He said company officials have spoken to some Boston city councilors and neighborhood groups about its proposed dispensary at 21 Milk St. and will begin the process of seeking approval from city officials.

“We have a lot of work to do and we are very excited,” Kunian said. “We want to do the city proud.” Patriot Care has faced legal challenges and questions about its dispensary operations in Washington, D.C., and Arizona. The company also applied for a license in Connecticut, but was not selected by regulators there.

Boston Mayor Martin J. Walsh had urged the state to restart the dispensary process earlier this year, following allegations that some winning applicants provided false or misleading information that made it appear that they had had support from elected officials. On Friday, Walsh’s press secretary, Kate Norton, issued a statement saying, “The City will work with our partners at the state level to ensure that any dispensary in Boston complies with all local regulations and guidelines.”

The state announced Friday that it has allowed New England Treatment Access to proceed with plans for dispensaries in Brookline and Northampton, months after the Patrick administration said it halted the plans because the Globe had reported the company’s director, Kevin Fisher, falsely claimed to be a college graduate.

At the time, the governor said, “I’ve said before: If you lie on the application, that is, from my perspective, a nonstarter.” Van Unen said the state decided to let the company keep its conditional approval partly because Fisher had resigned and was no longer associated with the company. “We feel NETA is in a position to meet the standards we expect them to meet,” she said.

The decision angered a group of Brookline residents who had lobbied regulators to remove the company from consideration after the problems with Fisher’s resume were revealed. “It undermines the whole process that someone can lie on the application and, for reasons that aren’t clear, be reconsidered,” said Gordon Bennett. “What’s changed?” he asked. “If they were put on hold earlier, why are they being taken off hold now?”

Dot Joyce, a spokeswoman for NETA, said the company “remains well prepared and educated on this emerging industry with some of the most knowledgeable and experienced people in the fields of medicinal marijuana standards and practices.” The state’s selection progress has been plagued by controversy for the past year. Voters approved a ballot initiative in November 2012 that legalized marijuana for medical treatment. The state is authorized to select up to 35 nonprofits to open dispensaries around the state, including at least one, but no more than five, in each county.

In January, state regulators announced that they had granted preliminary approval to 20 of 100 applicants seeking to open dispensaries. But the state launched a more thorough examination of the companies after the media and losing applicants raised concerns about misrepresentations, financial arrangements, and conflicts of interest involving several of the companies, as well as the backgrounds of their principals. A number of lawsuits were filed against the state by losing applicants.

In June, state health regulators announced that they had eliminated nine of the 20 remaining applicants, including a company led by former US Representative William Delahunt that had proposed dispensaries in Taunton, Plymouth, and Mashpee. Reasons for rejection ranged from questionable corporate structures that appeared to violate requirements that the companies operate as non-profits; misrepresenting local support; and omitting one investor’s drug conviction.

Dr. James Kurnick, chief executive of MassMedicum, said his company was relieved to be selected for Taunton. “It’s been a long process, and we have put lot of time, money, and effort into this,” said Kurnick, a cancer researcher and part-owner of two biotechnology companies. “We are a medical group, and we hope we can do this in a medical fashion.”

Tim Keogh, president of Coastal Compassion, said the company hopes to open its Fairhaven facility in fall 2015. “I want to assure the town of Fairhaven and the local community that our top priority is the safety of the patients and the public and we pledge to work transparently throughout the process.” State health officials on Friday approved a highly-coveted license for Boston’s first medical marijuana dispensary, selecting Patriot Care Corp, which is already set for a similar facility in Lowell. 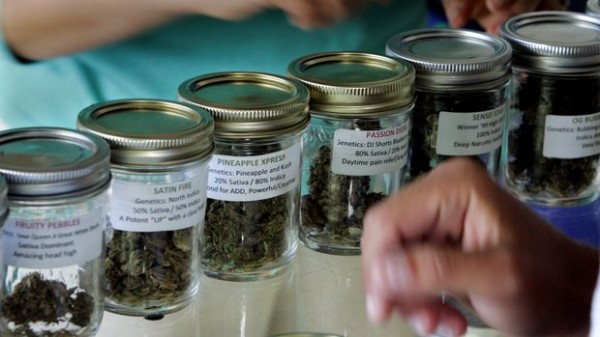