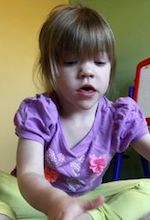 The Swann family moved from Alabama to Colorado last fall to try save their daughter’s life with marijuana. It appears to have worked. And in the process, the Swanns and others like them have changed laws across the country so more children can have the same chance. Fourteen-year-old Allie Swann was having up to 100 seizures per day that years of treatments, including surgery to remove part of her brain, and debilitating drugs had not helped. “She was on the same stuff they use for lethal injections in Alabama,” her father, Butch Swann, said. “It couldn’t go on.”

So they came to Colorado. Like 115 other marijuana refugee families, as they call themselves, from 43 states, they left family, jobs and homes so they could try oil made from a special strain of cannabis that reportedly quelled the seizures in a handful of kids in Colorado Springs. With federal laws making medical marijuana research nearly impossible, none of the oil’s healing properties have been scientifically verified, and the families have sometimes been dismissed as desperate kooks.

Now, six months after the first big group of children started using the oil, many families like the Swanns say they see remarkable improvements. A handful of families have returned home, some because of the strain of having uprooted to move here, others for other reasons. For many of the kids, their seizures are dropping in number and intensity, and kids long lost to their medical conditions – or the powerful drugs used to treat them – are rediscovering the world. News of the success has spread across the country, prompting the medical establishment to reassess cannabis and legislators to rewrite laws.

This spring 18 traditionally conservative states, mostly in the South and Midwest, introduced medical marijuana bills narrowly tailored to epileptic children. Seven have been made law, with several more close to passing. Butch Swann spoke repeatedly to radio and TV stations in Alabama about how the oil, which cannot get users high, has helped his daughter and could help thousands of others in the state. State legislators approved a bill giving children access to the oil unanimously. “I hope this Alabama-led medical study can bring relief to children,” Alabama’s governor said at the signing. Butch Swann laughs when asked about it.

“I wouldn’t have thought in a million years Alabama would pass medical marijuana in any form,” he said. “But I think people can see this is different.” Maybe soon, he said, his family can return to Alabama. But in the meantime, he is enjoying a new life with his daughter. Allie, who has the mental capacity of a 3-year-old, used to fly into rages daily, screaming for hours and biting her hands until they bled. Now she has a new air of calm contentment. Her hands have healed. An EEG brain scan from a year ago showed a nonstop quake of seizure activity. An EEG done a few weeks ago in Denver shows none.

On a recent warm evening she sat on the front steps of the family’s rented house in Fountain with her father, watching her younger brothers play ball. “This is something we could never do before, just sit and enjoy life. Her life was just a storm,” Butch Swann said. “Now we can take her shopping, go out to eat, just be a family together. It’s the answer to our prayers.” Allie leaned over and silently gave him a kiss. There are now 180 children in Colorado taking the oil, with thousands more on a waiting list. Other kids in Colorado and 19 other states where medical marijuana is legal are using similar oils made from other cannabis strains. The oil is not a magic potion that suddenly returns these kids to perfect health, but many parents say it controls seizures better than anything they have tried.

Though a handful of kids who tried the oil saw no benefit, the vast majority have seen seizures significantly reduced with no negative side effects, said Dr. Margaret Gedde, a Colorado Springs physician who is tracking the young marijuana patients. Of the 47 patients who started taking the oil this fall, 28 percent reported more than 80 percent reduction in seizures, she said. Another 49 percent reported some reduction in seizures and enough other benefits, including improved mood and awareness, that they continue to use the oil. Another 23 percent either stopped using the oil because it made seizures worse, was ineffective, or because they moved back to a state where the oil is banned.

“This is what is called anecdotal evidence, but it is also very real,” said Gedde, who now has 195 pediatric marijuana patients. “We have 78 percent of patients benefiting from this. Often it allows them to get off more dangerous medications. Clearly it has a role in treating epilepsy.” Debbie Foster is one of those who returned home. Her 14-year-old daughter Lydia was having up to 12 seizures per day when they left their farm and half the family in rural Pennsylvania to come try the oil. Lydia’s seizures soon dropped by half. But, her mother said, the financial strain was too great. While insurance pays for pharmaceuticals that did not help Lydia, it won’t pay for cannabis, for which the family paid $500 a month.

“Financially it was a disaster, but it also cut our family in half,” said Debbie Foster. “It feels like you are losing some kids to save one.” The Fosters returned to Pennsylvania in March, where Lydia is trying to get the same benefit from a much less potent hemp oil that is legal in the state. “We’ll just have to wait and hope they change the law here,” Debbie Foster said. For every family that leaves Colorado, more move here every week. The Stanley brothers, five local brothers who grow Charlotte’s Web, the special strain of marijuana, now have more than 5,000 people on the waiting list, including 500 international patients from 54 countries. At the same time, clinical trials of the oil have started in New York, which means a version of the drug could eventually be approved by the Food and Drug Administration.

The Epilepsy Foundation this spring called for all epileptic children to have access to cannabis, saying “Nothing should stand in the way of patients gaining access to potentially life-saving treatment.” Even so, cannabis for children remains controversial. “I think people see us as some cult or something. They don’t understand there was no other option. Our kids will die without help,” said Heather Jackson, who organizes distribution of the oil for the Stanley brothers, and whose severely epileptic son, Zaki, has gone 18 months without a seizure since starting on Charlotte’s Web. She spoke to The Gazette in the play area of a Colorado Springs McDonald’s where her 10-year-old son, once near death, was sprinting up tunnels and diving down slides. “They dismiss all the early successes as anecdotal evidence,” she said, looking at her son. “If this is anecdotal evidence, we will take it.” 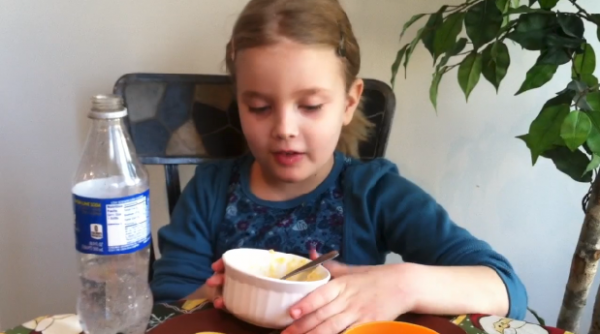