Cannabidiol (CBD) oil, a non-intoxicating derivative of the cannabis plant, has been legalized in the state of Texas to cure epilepsy.

However, the oil’s usage has a long list of arbitrary requirements, including proof that the patient was not previously healed by at least two pharmaceutical drugs, Anti-Media reported.

Rep. David Simpson introduced Bill HB 2165 last month for the legalization of cannabis in the state, which paved the way to let people use CBD oil.

“The law requires patients who qualify under the initial guidelines to be given permission by two state-licensed physicians before they can be approved for the medication,” according to one publication*.

Texas Governor Greg Abbott, who once opposed the bill, had to compromise by signing it.

“There is currently no cure for intractable epilepsy and many patients have had little to no success with currently approved drugs…However, we have seen promising results from CBD oil testing and with the passage of this legislation, there is now hope for thousands of families who deal with the effects of intractable epilepsy every day,” Abbott said in a statement.

Texas became the 15th state to allow limited medical use of marijuana-derived oils after Abbott’s signing. There are 23 other states that allow some form of legal and regulated cultivation, sale or production of multiple strains of medical marijuana for multiple debilitating conditions, The Huffington Post reported.

More states are open to the legalization of cannabis, even those that are traditionally conservative like Louisiana.

However, THC, which is obtained from cannabis or made synthetically and is the primary intoxicant in marijuana and hashish, remains forbidden in Texas. *edit 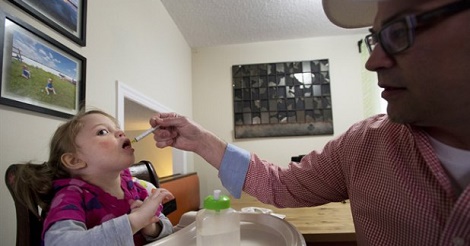