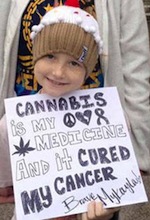 Three Utah doctors, including the University of Utah’s top pediatric neurologist, have come out in support of families seeking access to a cannabis extract that has proven successful at stopping seizures. “I would like to express my strong belief that [cannabidiol]-based oils (referred to here in Utah as Alepsia) should be available as soon as possible to Utah children with severe epilepsy. The substance is not psychoactíve or hallucinogenic, it contains less THC than do other materials that can be legally purchased in Utah, and it has absolutely no abuse potential,” declared Francis Filloux, chief of the U.’s Division of Pediatric Neurology, in a letter shared Tuesday with Utah’s Controlled Substances Advisory Committee.

The letter was also signed by two other pediatric neurologists at the university, Helen Barkan and Lynne Kerr the first Utah physicians to publicly endorse cannabis as a viable treatment for children with severe, intractable epilepsy. Filloux has cared for children with epilepsy for 25 years, specializing in Dravet syndrome. Citing “extensive pre-clinical” data and case studies about Dravet syndrome patients finding seizure relief from marijuana extracts high in cannabidiol (CBD) and low in tetrahydrocannabinol (THC), the compound that gives users a high, Filloux argues CBD oil appears to be safe and holds “great promise as an anti-epileptic agent.” But because Utah doesn’t permit use of medical marijuana, families face the decision of either relocating to states like Colorado where the oil is available, or delaying treatment and pushing for a change in state law.

Stressing that use of the oil in Utah would be supervised by “knowledgeable physicians,” Filloux argues children in Utah should have access to the same “potentially life-improving therapy” as children in Colorado. How, or through what channels, is the question facing the advisory committee — though Tuesday’s meeting was largely a formality. Whatever decision the advisory committee makes isn’t binding, said its chairman David Sundwall. The group, comprised of doctors, cops and prosecutors, makes recommendations to the Legislature on the scheduling, or classification, of drugs. And no one is arguing to re-classify cannabis.

“This is really an educational process,” said Rep. Gage Froerer, R-Huntsville, on Tuesday, flanked by a dozen parents of children with epilepsy. Froerer is proposing a bill that would permit the importing and exporting of hemp products, including medicinal oils, provided they contain a certain limited amount of THC. His bill will also likely call for research on medicinal benefits with the end goal of allowing hemp to be grown in Utah, he said. Cannabis grower Josh Stanley from the Realm of Caring Foundation in Colorado said the CBD oil he makes, Alepsia is so low in THC under 0.3 percent that it already meets agricultural standards for hemp.

“You already allow hemp into the state of Utah,” he said, referring to lotions and hemp oil supplements sold in natural food stores. “The only difference with our product Alepsia is it actually has lower levels of THC than products on food store shelves.” Parents, however, say they are seeking the Legislature’s endorsement out of an abundance of caution. “I know we have that image to overcome in Utah, that it’s another oil, another miracle oil,” said Cameron May of Pleasant Grove who wants Alepsia for his son who has Dravet syndrome. “But people do not uproot their families, sell their homes, leave their relatives and move out of state on a hope.”

Recognizing the economic potential of hemp growing, nearly a dozen states have passed legislation permitting industrial hemp farming, which is abundant in Canada and Europe. In addition, 20 states have legalized medical marijuana, including Colorado, where children must obtain recommendations from two physicians before they can access the drug. Such laws, however, conflict with federal law, which classifies cannabis as a Schedule I controlled substance and treats hemp the same as its euphoria-producing cousin, marijuana.

The U.S. Department of Justice (DOJ) has made it clear that Colorado’s “producers” can’t ship marijuana across state lines, said Morgan Fox, a spokesman for the Marijuana Policy Project in Washington, D.C. “So even if Utah can import it legally as a product (not the raw plant material), it may not be able to be exported from Colorado.” But Stanley notes under a reciprocity agreement between Colorado and Utah, nothing would prohibit parents from bringing it across state lines themselves. 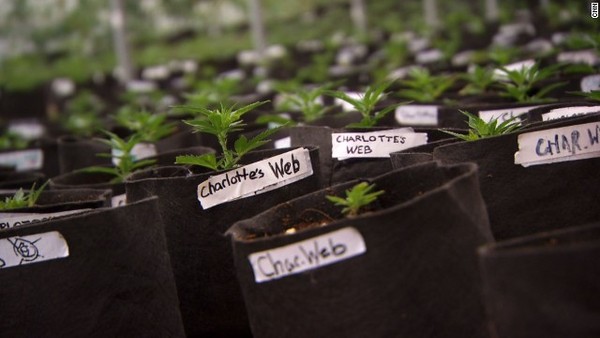