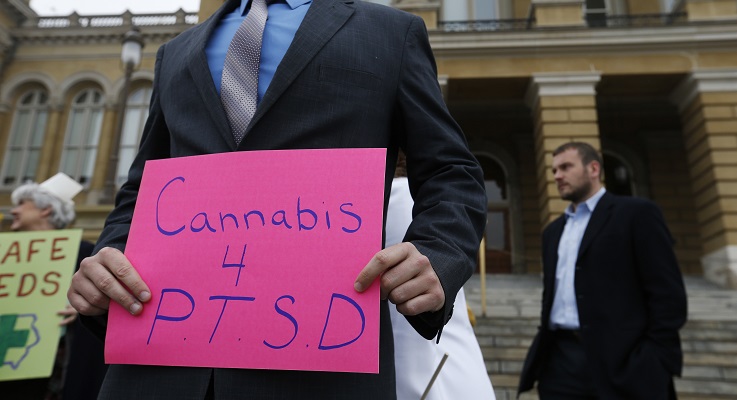 A Rockingham veteran took his fight for medical marijuana to the nation’s capital on Wednesday.

Perry Parks joined Weed for Warriors in dumping a box of empty pill bottles in front of the White House on Veterans Day “demanding equal care, and not by zip code.”

“The veterans are being filled with pills and basically killed,” Parks said by phone Thursday while visiting his daughter in New York. “We’re getting off the pills by using a natural plant.”

The group of veterans, which included a triple-amputee, made their way from the Veterans Affairs building in McPherson Square to 1600 Pennsylvania Ave., some smoking joints along the way, according to Parks. He said there were also cannabis-infused edibles on-site.

There are currently 23 states throughout the country — and the District of Columbia — that permit medical cannabis. In 2012, Washington and Colorado legalized recreational use for adults. Recreational marijuana was legalized in D.C. earlier this year.

“In the other 37 states, they’re still treated like criminals,” Parks said. “It’s immoral they keep doing this, man.”

A Marine veteran was arrested in 2014 on multiple felony charges when police found six plants after responding to a post-traumatic stress disorder episode, according to Truth in Media.

Kristoffer Lewandowski had been using the cannabis to treat his PTSD.

“He was taking 13 pills a day, and it was just killing his liver,” his wife, Whitney, told the online news outlet. “He was having all these issues with his body and he just wanted to try something more natural to just see if he could do without that many pills a day.”

Closer to home, Robert Dorr was arrested in 2013 after contacting the district attorney and sheriff’s office in Union County to let them know he was growing cannabis for his own personal medical use.

While North Carolina is not one of the 23 states, it is one of 11 states that allows the use of CBD oils for the treatment of seizures in children with epilepsy.

In recent years, legislators have quashed several attempts to bring the Tar Heel State into the fold, including this year.

Parks believes everyone should be able to receive treatment from the plant.

The U.S. Army veteran and Richmond County resident has been using cannabis to treat chronic pain since 2003 after retiring from the National Guard.

Prior to using cannabis, Parks was being treated with injections and pain pills.

“Whenever I retired from the military and started using cannabis, I was surprised it worked that well,” he the Daily Journal last summer. “When I look at the reduced harm to my body, to my organs…I’m going to continue to do this until I’m forced to stop. I will not go back to the pills that were slowly killing me.”

The Veterans Equal Access Act, introduced in the U.S. House of Representatives on Feb. 3, would authorize VA health providers to “provide veterans with recommendations and opinions regarding participation in their state’s marijuana programs.” The last action on the bill was when it was referred to the Veterans Affairs subcommittee on health on Feb. 13.

One related bill in the Senate — the “Compassionate Access, Research Expansion, and Respect States Act of 2015,” introduced by Sen. Cory Booker, D-New Jersey, and co-sponsored by Sens. Rand Paul, R-Kentucky, and Kirsten Gillibrand, D-New York — would reclassify “marihuana” from a Schedule I to a Schedule II controlled substance on the federal level.

In North Carolina, marijuana is a Schedule VI controlled substance.

The CARERS Act would also remove cannabidiol from the definition of “marihuana” and protect banks that provide financial services to legitimate marijuana-related businesses from federal prosecution.

Parks has gained nationwide attention for his activism in support of medical cannabis.

Earlier this year, he was featured in a recent Time magazine special — “Marijuana Goes Main Street” — and appeared on the page opposite comedian Tommy Chong.

“They’re trying to wake the American people up and say, ‘Hey, we were wrong,’” Parks said of the major magazines, including Time and National Geographic, which have published articles and editions on the benefits of the plant rather than demonizing it.

He was also mentioned in the book “Weed the People: The Future of Legal Marijuana in America” by Bruce Barcott.

In Chapter 8, “I Use it Before Church,” Barcott recalls meeting Parks at a drug policy conference in Denver in the fall of 2013.

“I have to tell you that hearing the word ‘bong’ coming out the mouth of a spit-shined Southern military man is like catching your grandmother rapping some Wu-Tang Clan,” Barcott wrote. “It’s a moment.” 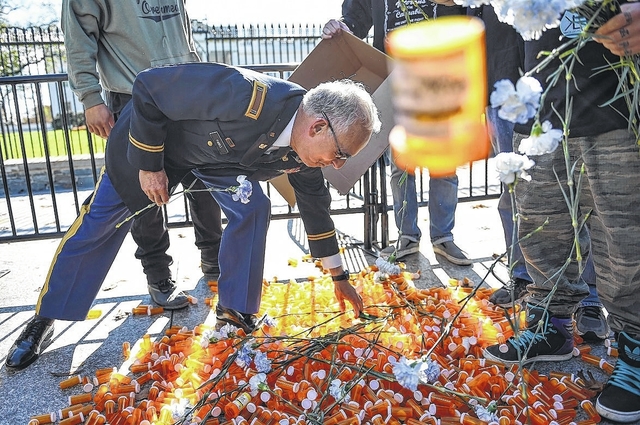