JoAnna McKee, a pioneering medical marijuana activist in Washington who went to sometimes difficult lengths to obtain the drug for the patients she served, has died at age 74.

McKee passed away Nov. 18, said her longtime friend and fellow activist, Dale Rogers. He was not certain of the cause.

McKee was a fixture at marijuana policy hearings in the Legislature, where she often testified from her wheelchair, sporting a colorful eye patch and accompanied by her service dog.

She had used marijuana to treat debilitating pain from a moped accident and unsuccessful surgeries. After seeing a news report about cannabis buyers clubs for AIDS patients, she decided she wanted to give patients the excess marijuana she grew at her home on Bainbridge Island.

She couldn’t find a co-op to donate to, however, so she joined the Seattle AIDS Support Group in starting one, Rogers said. She and Miller also opened their home to patients.

“This was the height of the AIDS epidemic,” said Rogers, who has lived with HIV for three decades. “They knew how important this was. We didn’t have housing rights or medical benefits rights, but we found out that if we were a group working together, we were stronger.”

Difficulties with law enforcement were common. In 1995, news reports about McKee gathering signatures to legalize medical marijuana came to the attention of federal drug agents, who persuaded local authorities in Kitsap County to shut down her grow operation. Sheriff’s officials seized 120 plants, but they did her a favor by hiding, rather than seizing, medicine bottles full of marijuana around her house so that patients would still be able to access them, said Rogers and Douglas Hiatt, a Seattle lawyer who has represented marijuana patients, including McKee, for more than two decades.

“She told me that later on she found bottles of cannabis in the couch cushions,” Rogers said.

McKee worked to pass Washington’s medical marijuana initiative, but she threw her support behind the measure only after its authors agreed that it would not limit patients to having a certain number of plants. Voters approved it in 1998, two years after California became the first state to pass it.

After the 1995 raid, McKee moved to West Seattle, where she resumed serving patients from her home. It could still be hard to find marijuana then, and she once met in the woods with Hells Angels members to supply the co-op, Hiatt said.

She continued to face trouble with the law, though not criminal charges. Neighbors complained about the odor of marijuana and the heavy foot traffic, said Hiatt, who represented her at the time. Eventually, with the tacit approval of police and prosecutors, she moved her operation to an industrial part of the city’s Georgetown neighborhood, he said.

“Early on, she had a contentious relationship with law enforcement, but she fought and she stuck it out,” Hiatt said. “But she was right, and she had the courage of her convictions, and they came to respect her.”

The lawyers did, too. She often called Hiatt and others to represent patients who’d been arrested: “She would twist your arm until you did it, even if you did it for free,” he said.

Among those who spoke at a memorial Thursday, on what would have been her 75th birthday, were King County Prosecutor Dan Satterberg and King County Council member Jeanne Kohl-Welles, a former state senator who spent her career advocating for medical marijuana patients at McKee’s behest.

Satterberg recalled seeing her picture in the news after the 1995 bust with her wheelchair and eye patch. “I thought, who would ever want to prosecute her, and that had a profound effect on how the King County Prosecutor’s Office handled medical marijuana cases. Over the years, when we had a case that had a legitimate medical claim, I tried as hard as I could to make sure we weren’t prosecuting that case.”

“It never made sense to me that it should be illegal to use for medical purposes,” Kohl-Welles said. “She was instrumental in effecting an amazing amount of change in the way we approached cannabis.” 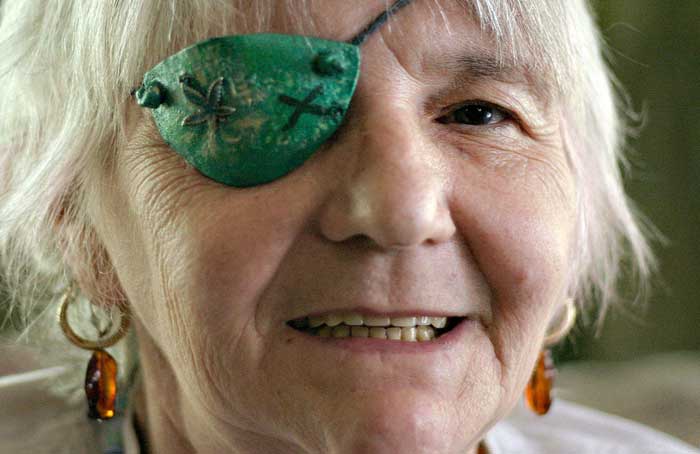 The DANK Act Would Free Up Research

What Is CBD Oil — And Will It Really Relieve Your...

Irish Mum Calls For Law Change After Son Is 99% Seizure-Free...