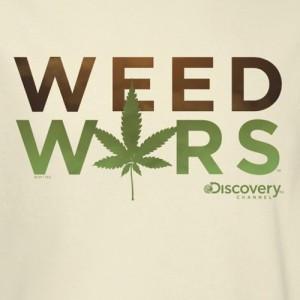 ‘Weed Wars’ on Discovery Channel, about the medical cannabis industry, is part of reality TV’s growing interest in shows revolving around illicit substances.

“By selling the amount of cannabis that I’ve sold, I am now eligible for more than three federal death penalties.” So says Steve DeAngelo, protagonist of the Discovery Channel miniseries “Weed Wars,” at the beginning of each episode, immediately alerting viewers that this is not standard reality TV.

As founder and executive director of Oakland-based Harborside Health Center, a medical-marijuana collective that DeAngelo claims is “the largest cannabis dispensary on the entire planet” — he won’t be voted off the island or lose the singing competition in the final round. Instead, DeAngelo faces severe legal consequences for the activities documented in “Weed Wars,” which airs its first season finale Thursday.

“Weed Wars” offers unprecedented access into the medicinal-cannabis universe, from entrepreneur-activists like DeAngelo to growers, sellers and patients, all operating on the edge of legality.

“It’s the first real chance that [medical cannabis] providers have had to get their own story out there,” notes Aaron Lachant, associate at Los Angeles-based Fenton Nelson, who runs the healthcare-focused law firm’s medical-marijuana litigation practice. “Previously, the narrative around medical marijuana has always been dominated by state and federal government, city councils and the Drug Enforcement Administration. This show helps make it a national debate, and not just a California issue.”

Though groundbreaking, “Weed Wars” may be just an opening salvo in what is shaping up to be a growing reality sub-genre devoted to illicit substances. The show has scored well with key demos, averaging just under a million viewers a week. Meanwhile, Discovery’s Dec. 6 premiere of “Moonshiners” — a series focused on the exploits of illegal alcohol distillers in the Appalachian backwoods — earned the network close to 3 million viewers, its highest ratings for a series debut.

“The topic is in the zeitgeist right now,” says Nancy Daniels, executive vice president of production and development for the Discovery Channel. “Both shows present an inherent level of drama and stakes that works for any show, with characters operating on the edge of the law that really pop on TV. We’re not taking a side — we’re just showing what’s happening with a hot-button issue.”

“The incredible disconnect between local authorities’ approval and federal law is playing out with a lot of drama in many communities,” says Michael Cascio, National Geographic Channel’s executive vice president of production, “and we follow a group of people dealing with the new reality.”

According to Shirley Halperin, co-author of “Pot Culture: The A-Z Guide to Stoner Language and Life,” the wave of pot-based programming jump-started with the surprise success of CNBC’s 2009 documentary special “Marijuana Inc.: Inside America’s Pot Industry.” “The ratings are there, advertisers are there,” she says. “Weed’s place in pop culture is at critical mass.”

Indeed, “Weed Wars” executive producer Chuck Braverman (whose diverse résumé includes directing episodes of “Beverly Hills 90210” and Oscar-nominated documentaries) says it’s taken a while for TV to catch up. “The irony is, two years ago, I had a marijuana-related project, and every network passed on it.” 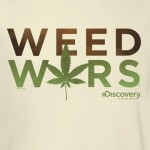