Caps on THC, the euphoria-inducing chemical found in many strains of medical cannabis, are again an open question in the Florida Legislature.

Efforts in previous years to install caps hit a wall in the Senate, but new Senate President Wilton Simpson suggests there may be a more sustained interest this year.

With more than 485,000 licensed medical cannabis patients in the state, the future of medical cannabis is no longer a niche concern. But it’s one senators appear ready to consider with a renewed interest.

“It’s one of those issues I’m going to allow senators to respond to through the committee process. That’s something that we’ve looked at, at least the last two or three years that I’ve been here in the Senate,” Simpson said.

“A Senator or a chairman of a Senate committee decided we weren’t moving forward,” Simpson said, responding to a question Thursday from POLITICO Florida’s Arek Sarkissian.

“But it’s certainly something that’s on the table. I think we have a lot of senators who would support an idea like that. So it’s something that will be considered in the committee process,” Simpson added. “I’m not engaging in these bills. And accordingly, I’m letting the committee process work. But I do think there’s a lot of support in the Senate for that type of bill.”

The committee chairs have ultimate discretion over whether to hear bills, Simpson noted.

“We’re going to allow that process to happen,” the Trilby Republican added.

House Speaker Chris Sprowls likewise has said he “invites the discussion,” noting his own concerns with THC levels.

The THC cap bills, at this point, are unfiled. And committee chairs have killed many a push before, including on this issue. But adult and youth caps have been considered in the past, as recently as last year’s Session.

Back in 2020, the Senate wrestled with the issue of a 10% THC cap for patients under the age of 21, added by the House as an 11th hour amendment on an unrelated bill.

After some back and forth, the House conceded and that provision was stricken from the legislation before final passage.

However, the House sponsor of the legislation, Rep. Ray Rodrigues, is now in the Senate. And those left in the House are hearing what have become perennial horror stories about cannabis, particularly in high-potency strains.

A House subcommittee heard this week from Dr. Bertha Madras, an anti-cannabis activist who likened sativa and indica to crystal meth and crack cocaine.

“High potency is associated with more brain changes, addiction, psychosis and hospitalizations,” Madras asserted, herself even noting that causation hasn’t been extensively studied.

“I’m not sure if I should start running for the hills, or running for a dispensary to relieve my anxiety around so much of what’s been presented,” Orlando Rep. Carlos Guillermo Smith said.

THC cap legislation is being piloted elsewhere. Legislation is pending in Colorado and Washington, looking to curb the use of a substance lawmakers say is dangerous, but patients contend is medicine. 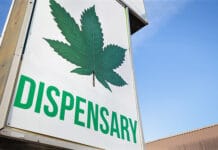 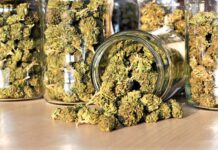 Virginia Passes Legislation That Will Legalize Marijuana – In 2024 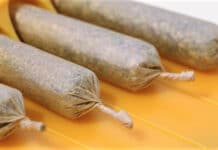 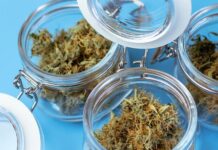 Marijuana Should Be An Accepted Drug to Combat Opioid Addiction In...