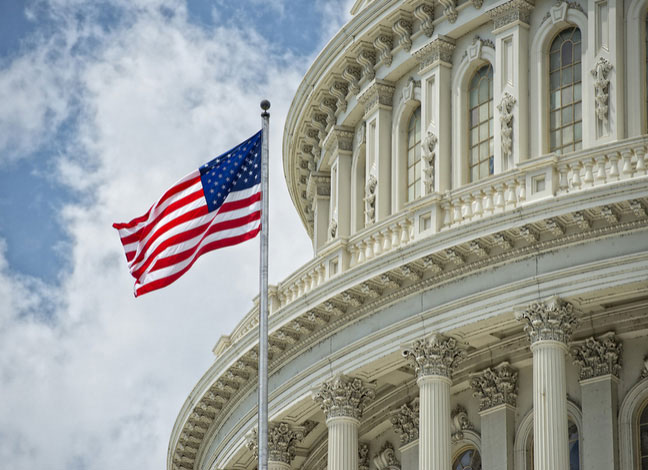 The Trump administration has supposedly assembled a team of federal agency leaders for the purpose of promoting negative views on U.S. cannabis legalization. Cannabis industry members and advocates say the effort would be deeply misguided, and ultimately too late.

On Wednesday, BuzzFeed News reported that the White House has “secretly amassed” a committee of federal agencies meant to “combat public support for marijuana and cast state legalization measures in a negative light” while also “attempting to portray the drug as a national threat,” based on interviews and documents acquired by BuzzFeed.

According to the report, the White House’s so-called Marijuana Policy Coordination Committee instructed leaders at the Drug Enforcement Administration (DEA) and 14 other federal agencies last month to submit data “demonstrating the most significant negative trends” in cannabis use and legalization efforts.

Research exploring the effects of THC, CBD, and more than 100 other active cannabinoid chemicals found in cannabis, as well as the impacts of state and federal legalization programs, has skyrocketed in recent years, giving regulators plenty of data to keep up on.

Among other things, numerous studies have drawn attention to some potentially negative impacts that the under-regulated use and sale of high-potency marijuana products can have for individual users and communities at large.

Overall, however, research to date on legal cannabis’ potential impacts on federal and state-level healthcare, criminal justice, and economic growth has overwhelmingly suggested that the potential benefits of legalization outweigh the perceived advantages to maintaining prohibition.

In light of this, the White House’s anti-weed committee reportedly complained in one memo that “the narrative around marijuana is unfairly biased in favor of the drug,” as BuzzFeed News put it.

In response to BuzzFeed’s report, cannabis industry members and legalization advocates have similarly pointed out that the data in support of cannabis legalization can speak for itself at this stage.

Justin Strekal, Political Director for the National Organization for the Reform of Marijuana Laws (NORML), described the White House’s latest efforts to malign legalization as “the death rattles of marijuana prohibition.”

Strekal commented in an emailed statement, “Those who seek to maintain the oppressive policies of cannabis criminalization are grasping at straws in their effort to undo the public policy progresses that have now been enacted in a majority of states, and that are widely supported by voters of both major political parties.” He also noted,

In an era where 31 states now regulate marijuana sales and where more six out of ten voters endorse legalizing the plant’s use by adults, it makes no sense from a political, fiscal, or cultural perspective to try to put this genie back in the bottle. It is high time that members of Congress take action to deschedule marijuana from the Controlled Substances Act and comport federal law with majority public opinion and the plant’s rapidly changing legal and cultural status.

And while federal cannabis legalization in the next few years seems all but inevitable at this point, groups say they plan to keep working to ensure Americans are factually well-informed.

Aaron Smith, executive director of the National Cannabis Industry Association (NCIA), also commented, “The directives given to this committee are biased, unscientific, and fly in the face of statements made by the President during his campaign and up to the present that he supports allowing states to determine their own marijuana policies without federal interference.”

“This is an unfortunate example of staff within the administration exaggerating potential negatives associated with legalization while ignoring the clear benefits of regulation, and discounting the harms caused by the outdated policies of prohibition,” Smith said in an emailed statement. “We are confident that the available data, when viewed objectively, clearly shows that regulating cannabis works.”

Michael Collins, Interim Director of the Drug Policy Alliance’s (DPA) Office of National Affairs, commented by email, “To [hear that] this White House — that cannot even coordinate an adequate response to the overdose crisis — [wastes] so much time on discussions on how to push anti-marijuana legalization propaganda is mind-boggling, and underscores this Administration’s ineptitude on drug policy.”

According to BuzzFeed, “None of the documents indicate that officials are seeking data that show marijuana consumption or legalization laws, which have been approved in eight states, serve any public benefit or do a better job of reducing drug abuse.”

Thanks to ongoing and decades-long efforts by researchers and patient advocates, however, such data are virtually all around us nowadays, including — whether they seek to acknowledge it or not — right in front of lawmakers’ noses.