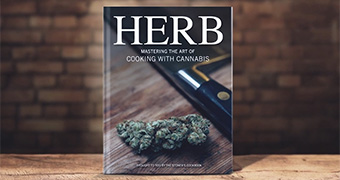 I’ve always thought that you could take almost any recipe and infuse Cannabis into it in some way, and this book shows you can. Formerly known as “The Stoners Cookbook”, HERB is a complete new guide to cooking with Cannabis. 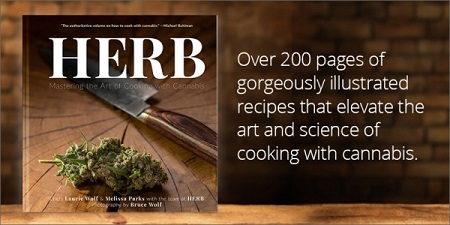 It was truly a delight to see Chef Laurie Wolf’s name as an Author. I have read many of her contributions to the culinary side of Cannabis in the past. She writes articles for many magazines, and has contributed regularly to the Denver Post’s Marijuana section. I was expecting a wealth of information and great recipes from these two experienced Cannabis chefs, and I was not let down. 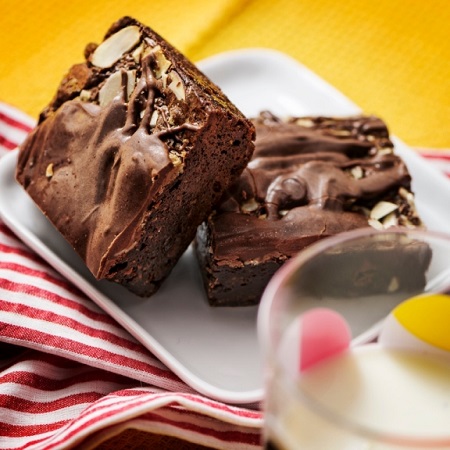 The layout of the book is in a true great cookbook fashion with clearly defined recipes and instructions, and a detailed index to find your recipes fast.

The beginning contains everything from a “Cannabis 101” section on learning about the Herb in general, to the effects and medical benefits. It includes more than just basic information about THC and Cannabinoids, strain types, tastes, how it is smoked or consumed, and even a discussion of the role Terpenes play in Cannabis. This section is something that someone new to Cannabis will appreciate very much.

Now for the recipes, let’s dive in!

Included with most every recipe are “Chef’s notes” that give substitutions, tips, and some great vegetarian versions. When I did my recipe testing, I took advantage of some of the tips on substitutions. They were very helpful.

I decided to give a couple recipes a try, so I headed for the kitchen. It was pretty late in the day, so I opted for a treat first. I had never imagined that I could somehow infuse cannabis into my ice cream (and believe me, I’ve contemplated that many times) until now. It was a “no brainer”, as the book states on the recipe page. Infused caramel or chocolate sauce poured over it was the delivery method! I made the easy caramel sauce first. 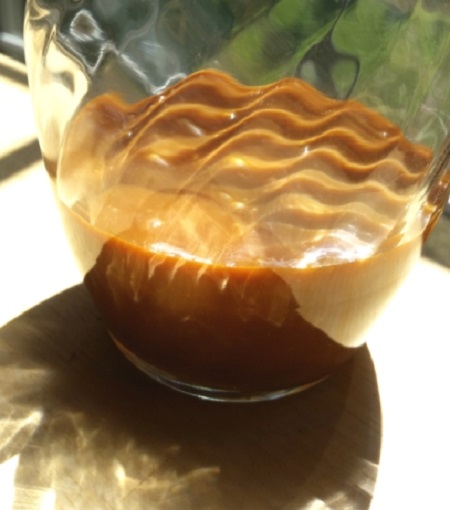 It was delicious. The brown sugar and vanilla extract masked the taste of the Cannabutter quite well, and I poured it all over an ice cream sundae. The ice cream kept its own special flavor without being overpowered by the butter taste. I never thought I could get “baked” with ice cream, but I now know I can. 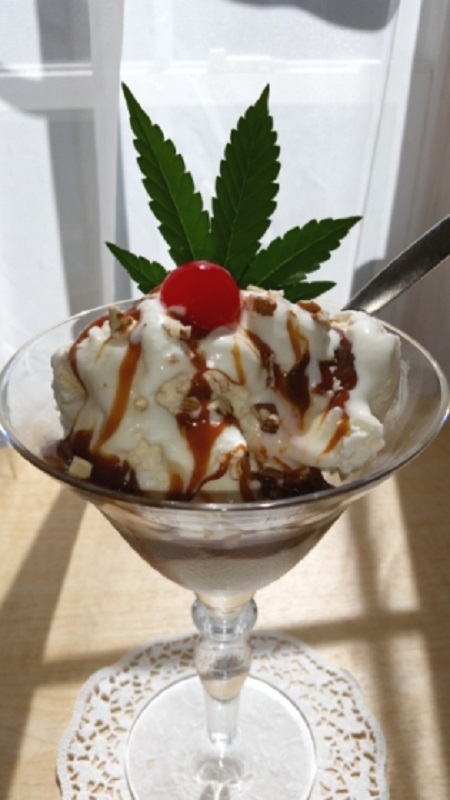 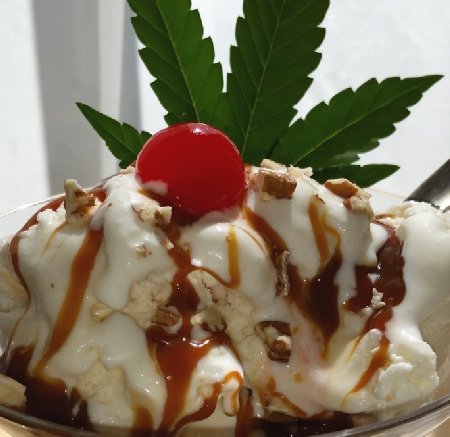 I had quite a bit of sauce left over, and the book suggests drizzling it over pancakes and waffles. I have a feeling I’m going to be pouring this all over lots of things.

The next day I cooked up an actual entrée. There are a variety of recipes for entrée’s and main course meals, it was tough to resist heading to the grocer for a nice rib eye steak. 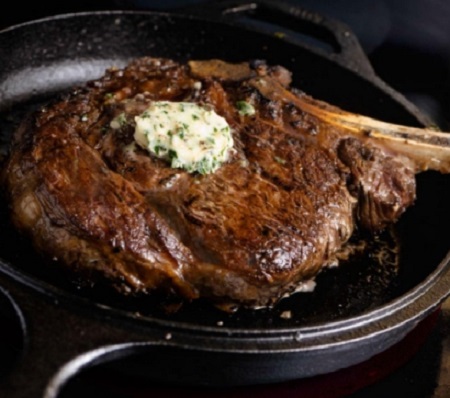 I resisted the urge and made do with what I had available. I am a pasta-holic, so that was something I had plenty of in my pantry. I chose “Baked Pasta with Artichoke Pesto”, and a Garlic Bread Recipe. 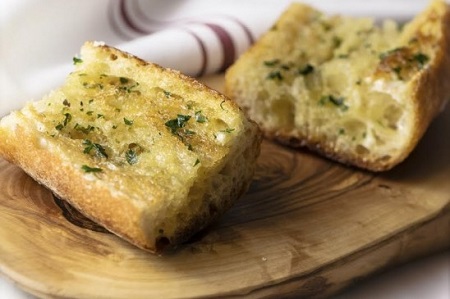 The Garlic Bread was very easy, the book called for Baguettes which I didn’t have, so I substituted with some “Texas Toast” bread that I had available for grilling. The only downside is my fault. I didn’t have any compound garlic butter made to dollop on it at table time. But, the recipe calls for plenty of Cannabutter during the cooking time, so there was no real deprivation there. This was delicious and perfectly toasted.

The Pasta recipe was fabulous. It was described as “Easy”, and it most certainly was. This was the chance to test out my freshly infused olive oil. The use of Panko bread crumbs was great for that crunchy crust and eye appeal. It tasted great, although I am not much of an artichoke fan, in this baked dish it was an enjoyable and necessary addition. I didn’t get a great effect from the serving, which means my infused olive oil is a bit weaker than the tested recipes in the book. The Authors tell you how to make your own infused oils, so you can adjust to make them to your personal tolerance levels. I have about 2 servings of the Pasta left, I doubt they will last the day tomorrow. 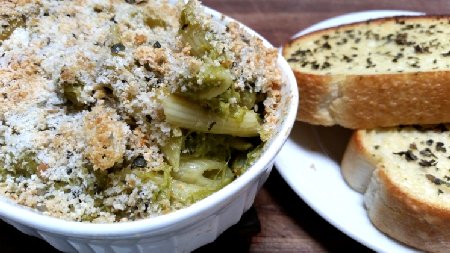 I will be trying some of the Smoothie recipes soon, this will be so refreshing during the hot summer months! First up will be a Berry Smoothie from page 172 of the book. 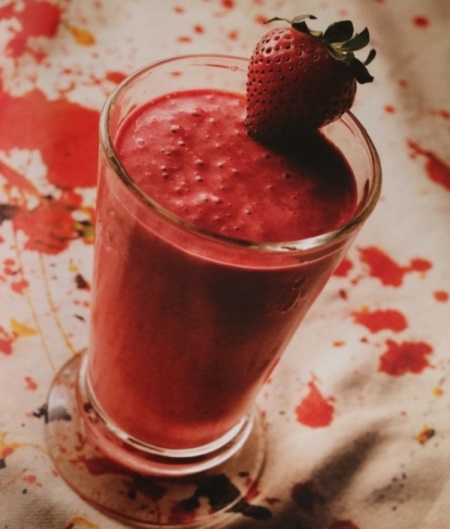 And maybe a nice dessert to snack on later. I love almonds and raspberries, and this is gluten-free. 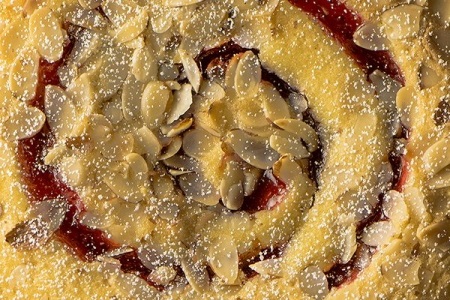 In conclusion, I am more than happy with this book. I predict it will get lots of use, and will have a permanent place on my “special” cookbook shelf. The recipes turned out perfectly, and I can’t wait to try a few others. It has already sparked new ideas for me with my own home recipes. I would recommend this book highly for novices and experienced Cannabis cooks alike.