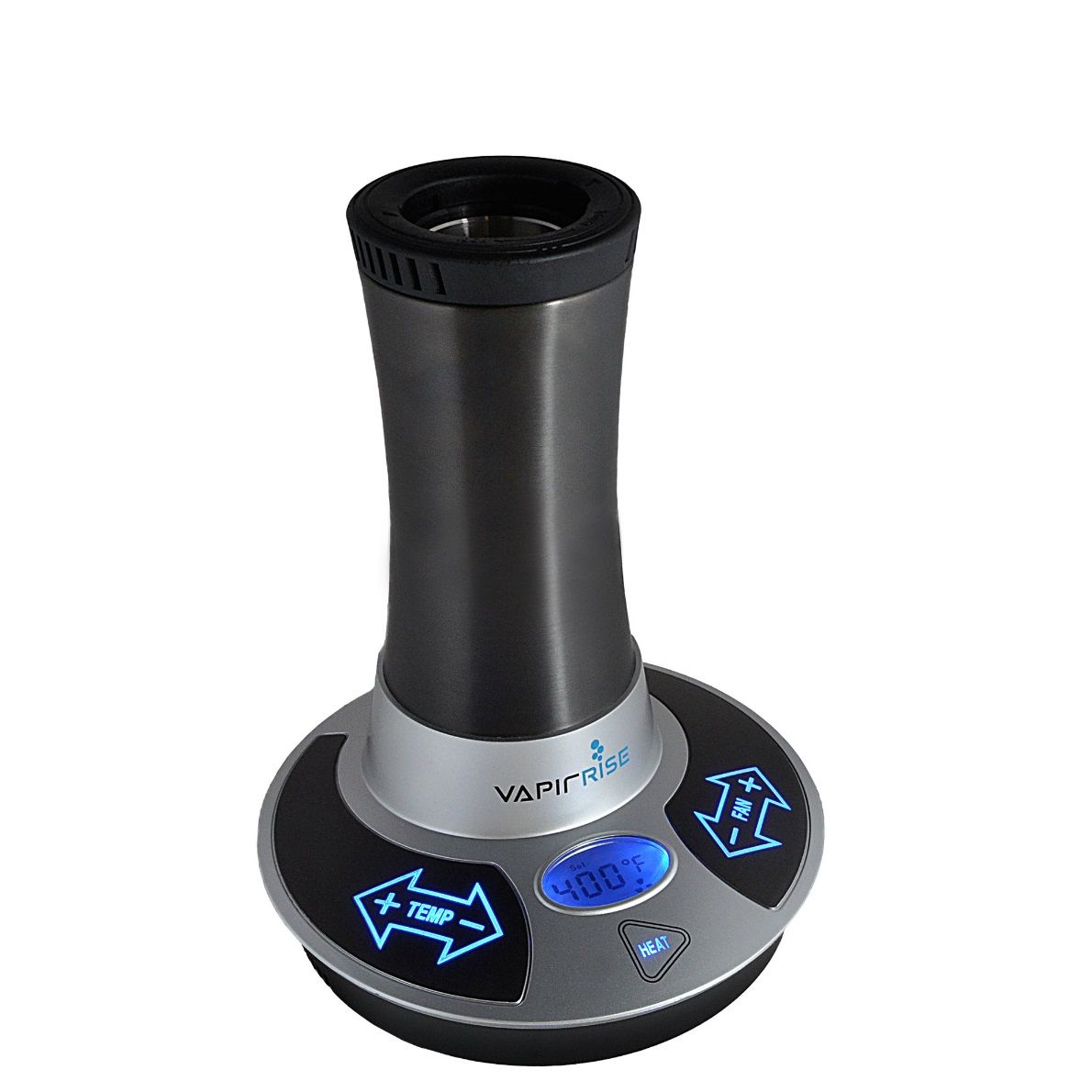 The new Vapir Rise can be utilized as either a “whip” or “balloon” style desktop vaporizer, and has some unique properties and clever engineering that set it apart in the marketplace. The folks at EZVapes.com were kind enough to provide a Rise for review, and sent it in a box that contained plenty of cushioning to keep things from being damaged in transit. EZVapes.com also includes a free herb jar as a bonus with purchase – a really nice touch. The vaporizer, it’s packaging and it’s components give the immediate impression of quality, with many of the parts constructed of stainless steel. A detailed user manual and a handy quick-start guide are included and clearly written. The box full of components and accessories seems a bit overwhelming initially, but this is more the result of the unit’s impressive array of functionality. The actual learning curve is fairly short as to how it all is incorporated. EZVapes.com provided excellent customer service, including valuable “best-practice” usage tips when I had some questions.

Once switched on, the device remains in standby mode until the “Heat” touchpad is pressed. The Rise warms up incredibly fast, keeping the waiting game to an absolute minimum. Adjustments are easily made using large blue-lit touchpad controls with a temperature setting range between 150f and 400f, and several fan speeds to choose from. The device is nearly silent in standby mode, while some light fan noise is present during usage (nothing outrageous).

The quick-start guide gets the user up and running without much fuss, and the components attach with a simple twist-lock connection. An herb chamber connects to either the balloon or whip attachments, and is made of stainless steel utilizing a premium-quality screen. Extra screens are included with the device, though they also appear to be of high enough quality that they could also be cleaned and reused.

A couple of useful tips: pre-heat the Rise without whip or balloon (and material chamber) attached. Simply twist it on and lock it into place once the device has pre-heated. Additionally, keeping the fan speed at setting three or greater will help keep you from activating the units safety shut-off device, which protects it from overheating (something that happened a few times during heavier usage in testing, but was found to be preventable by incorporating these tips).

The whip itself consists of a plastic mouthpiece attached to a silicon tube with a connector for the herb chamber. Each draw from the whip produces a cool, clean vapor with no “hotness” to the inhale.

The one drawback to whip-mode, is that the fan must always be running while the device is heated – a common issue with dual-purpose vaporizers. This means that it continues to produce vapor between inhalations, resulting in a small amount of vapor loss. I found that keeping inhalations close together, and disconnecting the herb chamber/whip assembly (simple twist-lock) immediately after a session really minimizes this issue.

The included multi-user adaptor allows for up to 4 people to vaporize at a time, though you’ll need to purchase additional whips and mouthpieces first. Still, a really cool and unique feature that will make you extremely popular with your pals – just make an accessory purchase of a few extra whip/mouthpiece assemblies before you invite them over.

The Rise comes with three, reusable vapor balloons. There’s a little work putting the balloon attachment together the first time, but once attached it’s very simple to use. Simply attach the balloon to the herb chamber, and twist it onto the vaporizer, then push the “Heat” button (my favorite was a temp of 385f, and the third fan setting). Once it’s filled, you disconnect the herb chamber, and attach a mouthpiece that includes a shut-off valve to keep vapor from escaping. The Rise really works great for balloons, and didn’t disappoint in any respect.

Where the Vapir Rise Really Shines

There is a lot to love about the Rise as it relates to medical users and those who are simply health conscious. The Rise is the first vaporizer I’ve seen that includes a HEPA filter. Additionally, the ceramic heating element, and all stainless steel air-pathway make for a very pure vapor experience. Finally, the large, blue touchpad controls are easy to see and use, making temperature adjustments a snap.

Incredibly, preheating from 65f ambient temperature to 385f typically took about 30 seconds in testing. The overall speed with which the Rise heats up seemed nothing short of amazing, and really made it stand out compared to other vaporizers I’ve used. This allows for more spontaneous usage, something that may have kept some people tethered to “smoking” in the past.

The Rise also includes a chamber for concentrates and oils, a fairly unique concept for desktop vaporizers that further expands the functionality of the device.

The Vapir Rise really does feel like a next-level device. The quality of construction is excellent and the performance superb. There are many nice touches and it’s clearly a well thought out product. The only real issue during testing was occasional over-heating, causing the device to enter a cool-down mode, but this was easily avoidable (see tips above). Being able to multi-task means a few give and takes in terms of simplicity and usage, but not many, and it’s a blast using this vaporizer in both balloon and direct inhalation modes.

The wide array of functionality makes this a class-leading entry in the desktop vaporizer market. It’s easy to use, especially once you get a little experience with it. Inclusion of a HEPA filter, quality build and quick pre-heating capabilities make the Rise stand out in the market, and an excellent value at just $249.95. Vapir claims to have built the Rise based on customer feedback and exhaustive research, and it really shows in their attention to detail. It’s quickly become my go-to device for desktop-style vaporizing sessions. 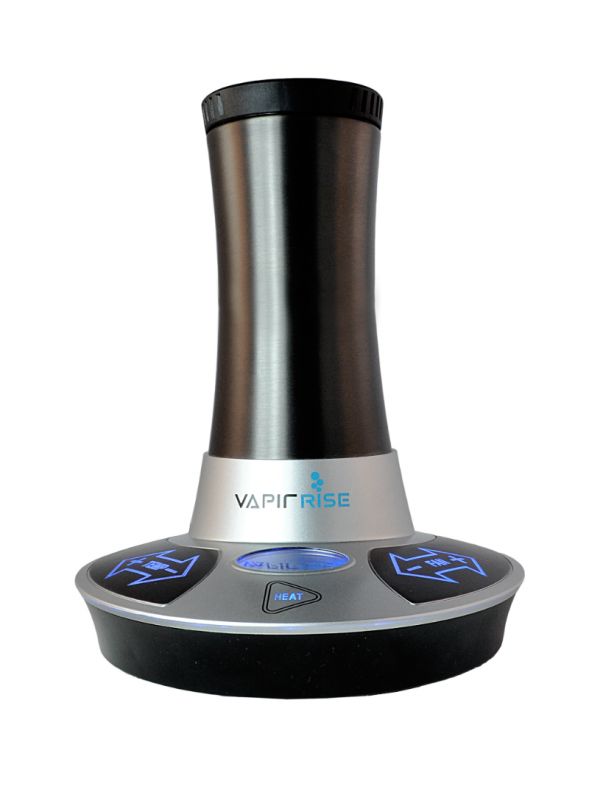 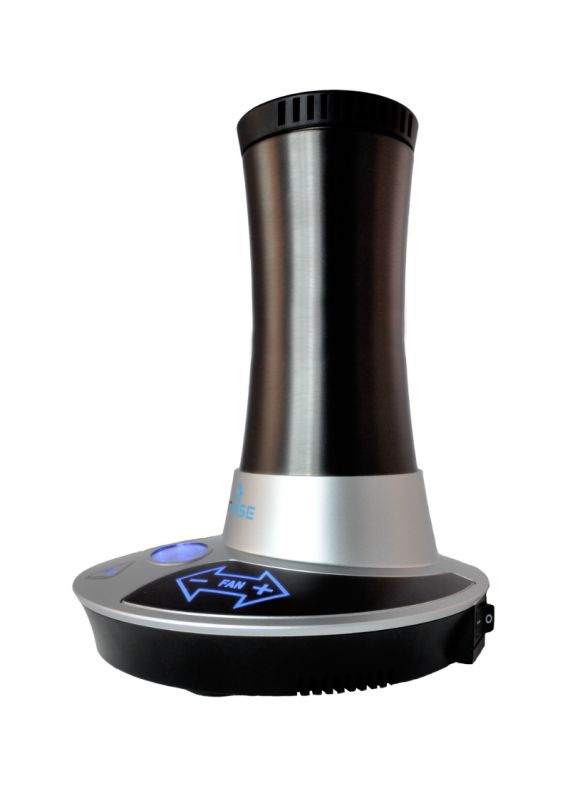 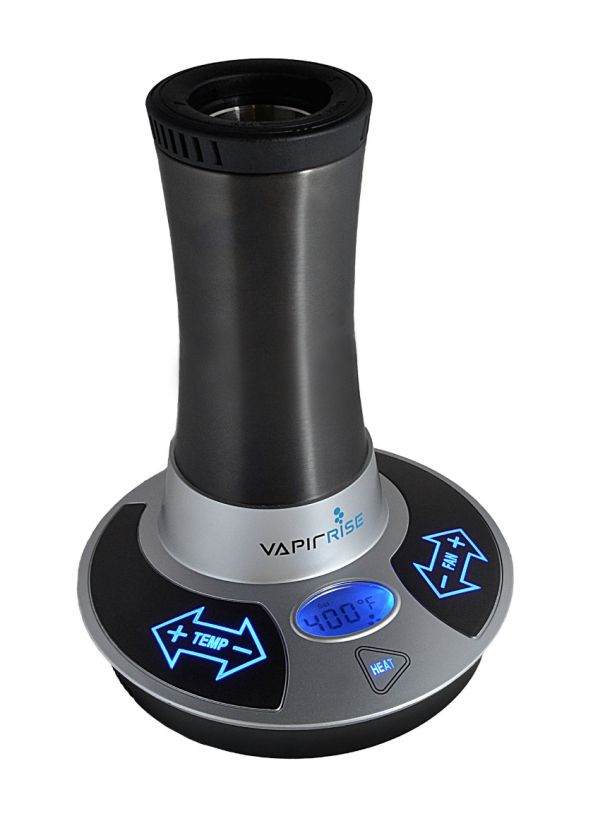 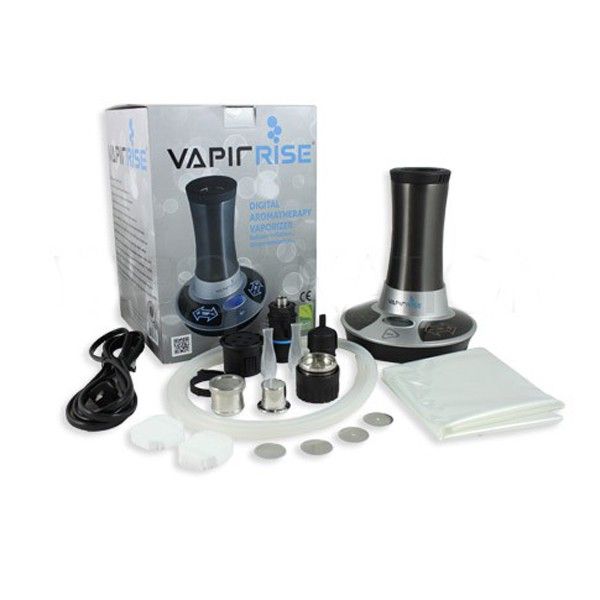 Purchase the Vapir Rise at EZVapes.com

420 Product Review: Cannabis: Philosophy For Everyone