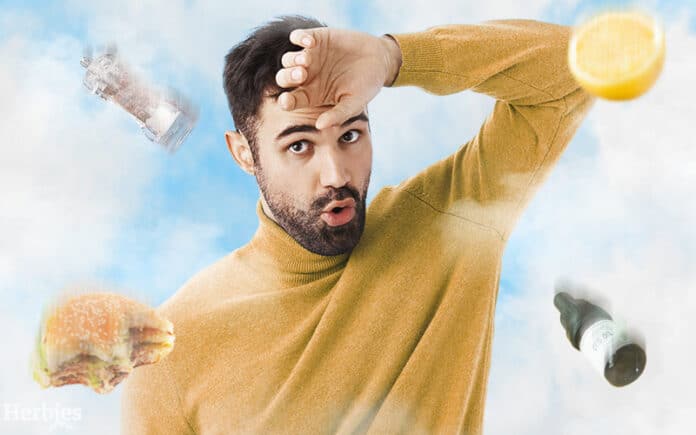 Getting unhigh is a tricky business. While science doesn’t recognize any reliable way to sober up when you’ve toked one too many, the creative community of weed smokers has come up with some life hacks.

We’ve all been in a situation where you need to sober up from weed, and pronto, but here’s the funny thing: when you want to stay high, the effects are too short, but when you need to go help out your girlfriend whose car just broke down in the middle of nowhere, the effects seem to go on forever. So, is there a reliable way to speed things up?

Well, here’s a checklist of things you can try. If they don’t actually make you ready for a field sobriety test in five minutes, they’ll at least distract you, calm you down, and mellow out the high.

1. Stop Getting High
If your room’s still full of smoke, get out or open the windows. If you ate the last portion of edibles in the last 30 minutes, it’s probably not too late to throw up. Vomiting on cue is not difficult – just put two fingers on the back of your tongue. However, this won’t help if the edibles have already gone from your stomach down to your intestines or if you were getting high on a lollipop, gummy bear, or candy – in this case, a large part of the THC gets into your bloodstream directly through the blood vessels in your mouth.

CBD-rich buds have become a permanent fixture in both medical dispensaries and recreational shops, and weed growers now have a wide choice of high-CBD seeds to grow. Moreover, CBD oils, tinctures, capsules, and whatnot are sold almost everywhere. It may be a good idea to have some CBD product or other in your medicine cabinet. While THC makes you high by binding to CB1 receptors, CBD exerts exactly the opposite effect on the same receptors. That’s why CBD in your smoke mellows out the high so beautifully and is often enough to completely clear your mental fog.

3. Try Ibuprofen Or Other NSAIDs
Over-the-counter non-steroidal anti-inflammatory drugs (NSAIDs) are not as harmless as their widespread use suggests, but in a time of crisis, you can take some Ibuprofen, for example. Research suggests that it can mitigate the cognitive impairment of marijuana, so you may expect to feel less groggy after a couple of spoonfulls of it.

4. Have A Hearty Meal

As an experienced smoker, you know that stuffing your face with food when you’re blazed is the ultimate pleasure, but it also hastens the comedown – an unwelcome side effect most of the time, but when you need to sober up from weed, it’s a blessing. Just don’t chase edibles with fatty foods like milk, cheese, butter, etc. THC and other cannabinoids are all fat-soluble, and their bio-availability increases when they’re taken with a fatty dish.

5. Chew on Peppercorns Or Lemons
You probably know that terpenes in weed can influence its effects. Some, like myrcene, can make it stronger, so never try to mellow out by eating myrcene-rich mango. Others, such as caryophyllene and limonene, contribute to your being more alert and functional. Since black pepper has lots of caryophyllene and lemons lots of limonene, try chewing peppercorns, drinking lemon water, or just smelling lemon peel to get back to reality.

6. Get More Grounded In Your Body

If your mind keeps traveling to the moon, leaving your body anchored to the couch, try gluing the two back together with simple mindfulness exercises. The easiest way to meditate is, of course, by focusing on your breath because breathing is one of the vital bodily functions and the one you can fully control.

7. Take A Cold Shower
A cold shower slows down the heart rate, which is good when your pulse is racing, and the feel of the cold torrent against your skin provides another stimulation to make you more present in the moment. A warm shower, on the other hand, will relax you and make you sleepy.

8. Distract Yourself With Some Entertainment
If you’ve tried every item on the list above and still feel dizzy and disoriented, stop fighting it and go with the flow. Some non-invasive and non-threatening distractions, like your favorite music, movie, or hobby, will help you while away the time as the high runs its course and your clear-headedness gets back to business.

Maybe your stone has taken the form of epic drowsiness. Instead of desperately trying to stay awake and pumping yourself with coffee, just lie down and have a power nap. Set a phone alarm to wake you up in an hour or a few (when you’ve ingested edibles) and you might just wake up feeling perfectly refreshed.

10. Time Is The Only Real Cure
And now for the ultimately sobering bit: even doctors don’t know how to counter the effects of cannabis. So, if a kid is brought to an emergency room after raiding their parents’ stash of THC chocolates, the only thing doctors do is check if it’s only weed and not some other substance and maybe try to relieve the most unpleasant of symptoms. Other than that, everyone just has to sit on their hands and wait. Nobody has ever died from cannabis, and everybody has eventually emerged from even the baddest trip as good as new.

Herbies are a passionate team of experts who have been actively conducting and promoting cannabis research for over 10 years. If you’re looking to buy marijuana seeds online, Herbies have brand-only cannabis seeds for sale that guarantee you a harvest of the most potent marijuana. 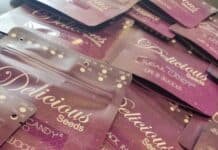 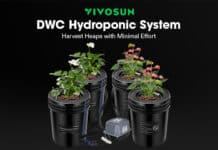 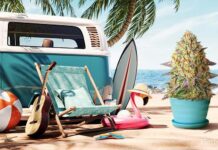 Top 7 Weed Strains For Your Best Summer Ever

VIVOSUN: The Key Features Of AeroLight