Caine was a longtime advocate for medical marijuana and cannabis decriminalization

Caine died on July 13, according to the announcement made on his Facebook page on Friday, July 23.

“He loved and was loved by many,” said the post announcing his passing.

The owner of several Hempyz cannabis-themed stores in Langley and White Rock, and the founder of Releaf Compassion Centres, Caine several times found himself in conflict with the authorities, over issues local and national.

He was well known for his campaigning to decriminalize cannabis. Once the federal government legalized recreational use of the substance in 2018, Caine was planning to apply for a permit to operate a cannabis shop in Langley City by 2020.

The rules had changed drastically in less than a decade, from when Caine was the target of criminal charges over his operation of a medical marijuana dispensary. Langley RCMP shut down the dispensary in 2011, while Caine was a in the middle of his first run for a seat on council.

A charge against Caine, one count of possession of marijuana for the purpose of trafficking, was later dropped and he pleaded guilty to less serious violations of exceeding the amount of marijuana he was legally allowed to sell under his Health Canada licence and of storing it improperly.

Caine was then granted an absolute discharge on those counts, meaning there was no conviction on his record.

Caine won a local fight with the City of Langley when he opened his Hempyz novelty store and was refused a business license, despite only selling legal products. The City later changed its laws to allow Hempyz to open.

He became a well-known figure in the local business community over more than 16 years in Langley City, said Teri James, executive director of the Downtown Langley Business Association.

“He was a trailblazer,” she said of Caine. “He introduced our community to things we hadn’t experienced before, and he did it in a very respectful way.”

Between 2011 and 2018, Caine ran for a seat on Langley City council twice and ran for mayor once. He ran on issues such as finding solutions to homelessness.

“We do have a history of being an open and compassionate community,” Caine told the Langley Advance Times when announcing his 2018 run for office.

The self-described “old hippie” had to shave off his trademark long hair during chemotherapy for lung cancer in 2016. He recovered and grew his hair back by the time he was running for City council in 2018. 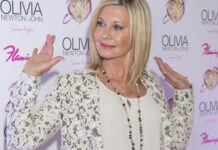 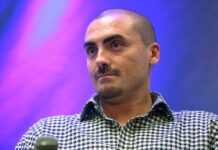 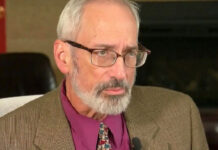