10 Ways Cannabis Can Make You Healthier

A spate of recent studies on the efficacy of marijuana for various medical uses has confirmed what many people have known for thousands of years: that pot can help cure what ails you. "The biggest myth is that it's dangerous that, on some level, it's poison," Michael Backes, author of "Cannabis Pharmacy: The Practical Guide to Medical Marijuana," due out in September, tells Yahoo Health. "There's a fear that it can make you crazy, or that you will become a slacker and won't be able to participate in the American Dream, because you'll be on the couch eating Cheetos."

It's a notion, Backes says, that can be partly traced to the "Reefer Madness" era of the '30s, which led to the American Medical Association's losing bid to keep cannabis as part of the official US Pharmacopeia in 1942. And, although it's now changing, because of shifting attitudes and laws (currently 22 states and D.C. allow medical marijuana), it's been difficult to make studies to happen. That's partially because the only legal source of marijuana for research is the National Institute on Drug Abuse, which favors studies on the drug's negative effects, he says. But it's also because of the nature of cannabis itself, which is made up of hundreds of chemicals and can be used to treat a range of issues, which is problematic. "Our system of choosing medicine in the US is based on the idea of a single chemical and a single target in the body, and clinical trials are designed around it," Backes explains. "Anything outside that box makes the FDA nuts, because it's not the system." Still, various bits of research and a stream of anecdotal evidence have shown Mary Jane to be effective for the following:

Appetite loss: A small 2011 study published in the Annals of Oncology found that THC, the active ingredient in cannabis, appears to help trigger the appetite of patients with advanced cancer – though it's been widely used since the early days of AIDS, Backes says, and is recognized as an appetite stimulant in ancient Chinese and Indian medicine traditions (which won't sound shocking to anyone who's ever had the munchies).

Inflammatory Bowel Disease (IBD): Sufferers of IBD (including forms such as colitis and Crohn's disease) experience inflammation of their digestive tracts and cannabis may help ease their symptoms, with various uncontrolled and observational studies showing improved sleep and appetite, reduced need for steroid treatments, and increased chance of remission.

Bladder cancer: An 11-year study of 83,000 people who smoked either pot or cigarettes or both revealed that marijuana decreased a person's risk of bladder cancer. The more they smoke, the lower the risk goes, according to the findings, although researchers could not explain the link.

Diabetes: University of Nebraska researchers found that current cannabis users had significantly healthier levels of insulin than nonusers, a key finding for diabetics, who need insulin to regulate their blood sugar.

Migraines: Though cannabis has been used, primarily orally, to treat migraine pain for "1,500 years," Backes notes in his book, only recently did a study, published in the Journal of Neuroscience, describe the hopeful connection between the plant and the "endocannabinoid" system, the center of the brain where pot works its magic.

Multiple Sclerosis: In April a review by the American Academy of Neurology found that certain forms of medical marijuana (spray, oral) helped treat symptoms of MS, including spasticity, pain and overactive bladder.

Nausea: It sounds counterintuitive, but pot works better than standard anti-nausea drugs in alleviating the nausea and vomiting caused by chemotherapy, according to a 2008 review of cannabinoid drugs synthesized in the lab published in the European Journal of Cancer Care.

Neuropathic pain: Burning sensations in the nerves are classic symptoms of this chronic pain syndrome and marijuana alleviates them more effectively than almost all other types of drug treatments, according to the Center for Medicinal Cannabis Research at the University of California.

Seizures: Though controlled-trial evidence is lacking and use for seizures is highly debated, a recent series of articles published in "Epilepsia" examines the hopeful experiences of some parents using medical marijuana, particularly cannabis oil, to treat severe forms of epilepsy, such as Dravet syndrome, in their children. 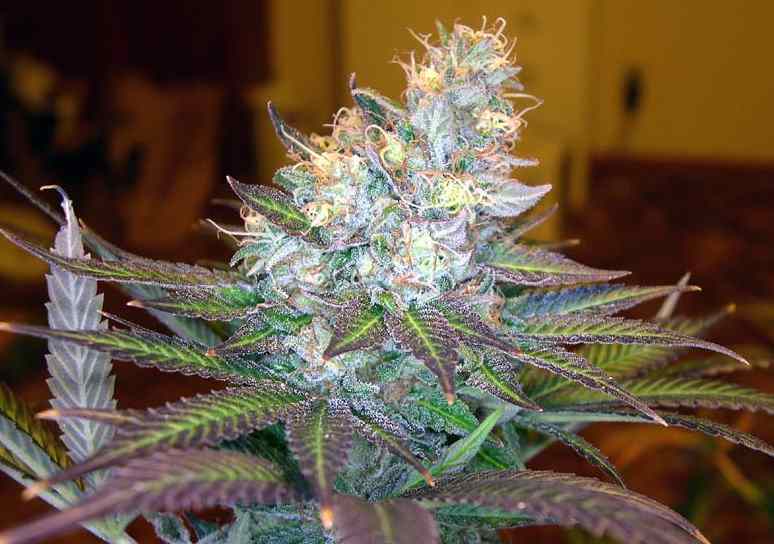 The Mission of 420 Magazine
Forum Guidelines - Please Read Before Posting
How to Grow Marijuana - Everything You Need to Know!
How to Ask for Grow Support
420 Sponsors
Medical Marijuana
More Great 420 reference Links