Canadian County Sheriff's deputies were talking with a truck driver at 6:15 a.m. at the TA truck stop near 501 S. Morgan Road when they asked if they could search a vehicle he was hauling. The vehicle was a red 2013 Chevrolet Impala, and the trucker reportedly consented to the search. The truck driver was hauling the truck from Los Angeles to Memphis. Deputies found bundles of high-grade marijuana, weighing a total of 115 pounds inside the vehicle. Deputies say the street value of the marijuana is approximately $650,000. After an interview, deputies said the driver had no knowledge of the marijuana and he was released. Deputies do have a suspect and state charges are going to be brought to the Canadian County District Attorney's Office. 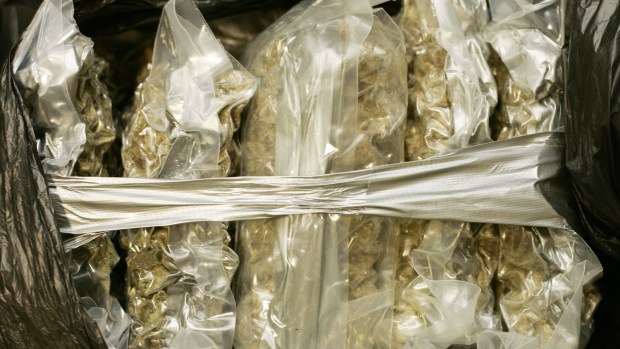