Preference is Less " N" More "P" small "K" in flower.
Using a High "K" is good for extensive " Seed" Production. For a Little extra general sweetness I add in "K-Mag" to the soils, during flowering. Mostly in bud though I am oine who intensly uses a high " P" such as " Budswel" to fatten things up.

Yea man not that much news, just starting budding I guess. It's almost getting too tall for the closet, hope it doesn't grow much higher it's more than 2 and a half times the height of the last pics i posted. I only had the 250 watts of fluorescent light for the whole time, I only just got some more lights 2 days ago. I got some led panels pretty cheap. It said they were "comparable to 400 watts hps" which is obviously not gonna be true I'd assume haha, but I thought they worked out roughly the same price as just getting some basic lamps with fluroescent bulbs in them. little nute burn a week ago. as I said it needed more light so it wasn't looking very full or anything, kinda skinny but I think it's starting to pick up a bit. i'll get better pics in a few days or something or when it get's a bit fuller 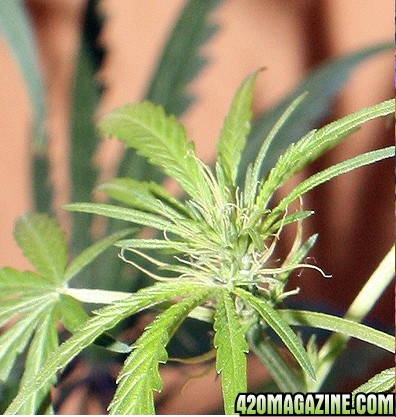 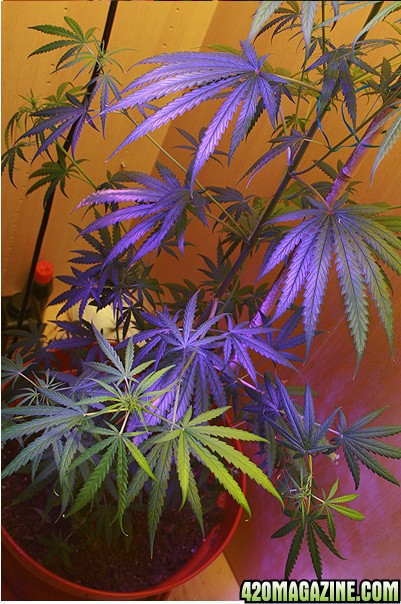 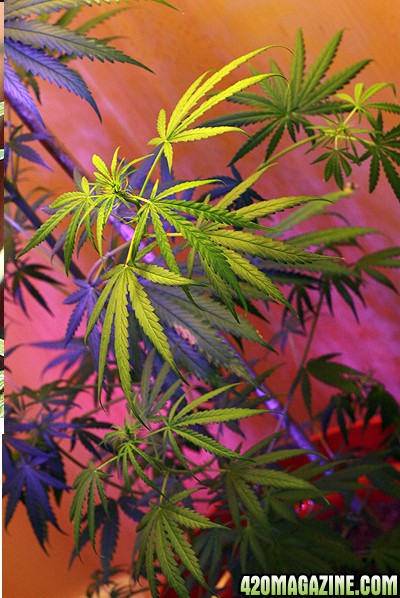 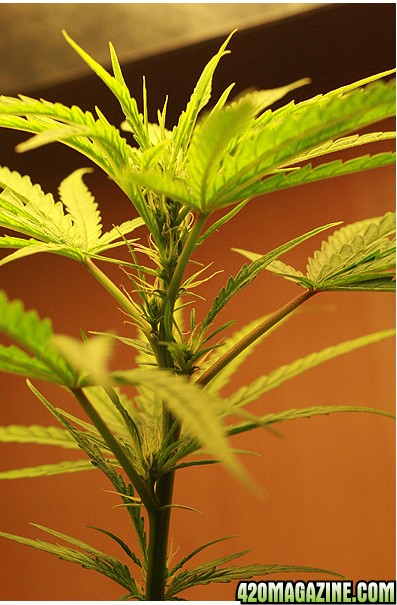 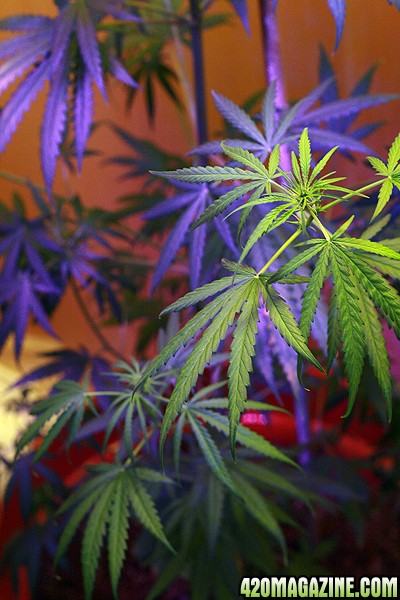 Nice plants mate! good effort so far. I'm going to use a couple of 250w cfl's i have to supplement my 600w Hid when my plants get bigger so i am taking a interest to people using cfl's especially 250 watters like you have i will be keeping a red eye on this grow.

keep up the good work +reps for luck 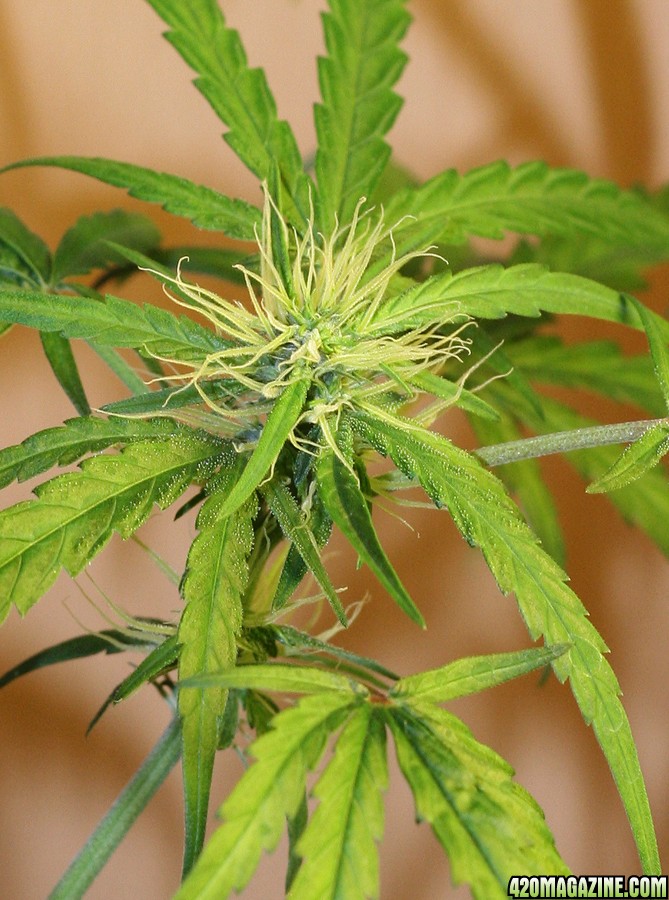 You had said you were budding under a 250 WATT CFL. would you mind getting a photo of the bulb itself? (preferably not turned on) and what is the spectrum of it?

^what the good doctor said^

Also, how many days did Arjan's Haze #3 stretch (from the first day of 12/12 until they settled down)? I'm trying to work out an exact flowering length for this strain under 12 hours darkness and this would tell me the answer.

ohh wow i forgot all about this haha

the plant in here died a few weeks into flowering =( a few things happened which i can't be bothered to explain. but I basically screwed up. I harvested some of the undevelpoped buds, there were a couple of brown hairs but i think they were still way underdeveloped and i smoked some and it was ok, got me fairly high i guess haha

but anyway I started again last week, and this time I intened to do it all correctly and learn from my mistakes. In the space of under 2 days my first seed had germinated and broken the soil. now it's about a week later and it's starting to get it's first set of proper leaves, only an inch or so tall.

but yea you can leave this topic here or whatever, i'll update with pics and awnser questions later and stuff, pics when it get's into the veg stage fully, i'm gonna start to flower early, i veged for a pretty long time last time and when i switeched to 12/12 the plant shot up stopped growing literlly 2 inches from the highest i could position my light. it was about 5ft 9inches tall

AndyLT said:
haha alien fingers nice.
well a lil' update. Started 12/12 flowering schedule a couple of days ago, the leaves droop like crazy when it goes dark and don't really recover much during the day it seems :/ gotten a fair bit taller. few pics 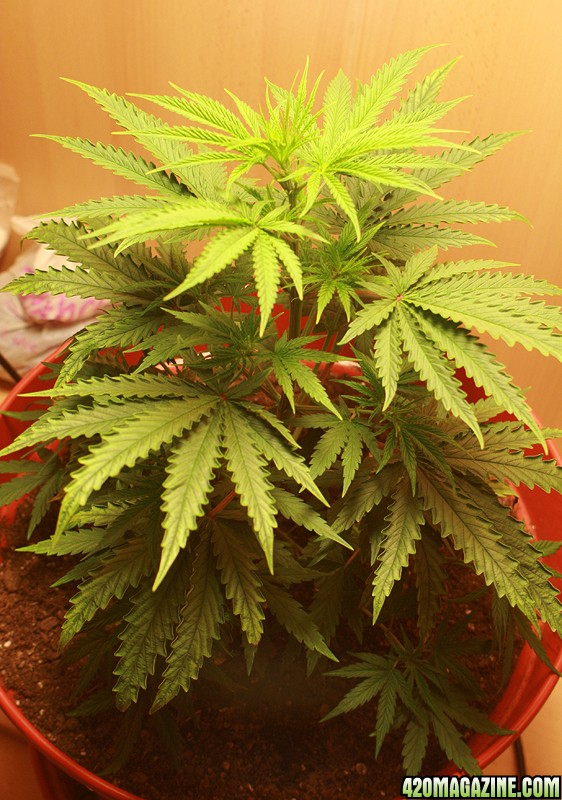 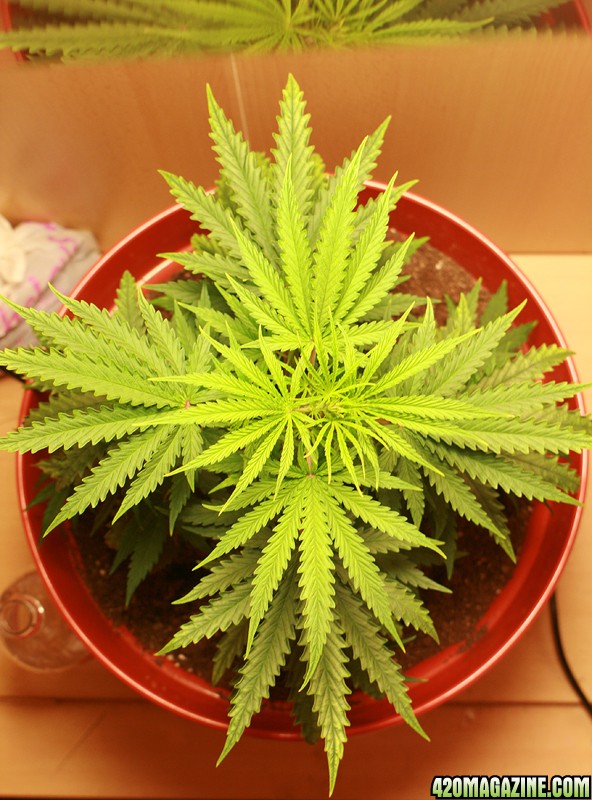 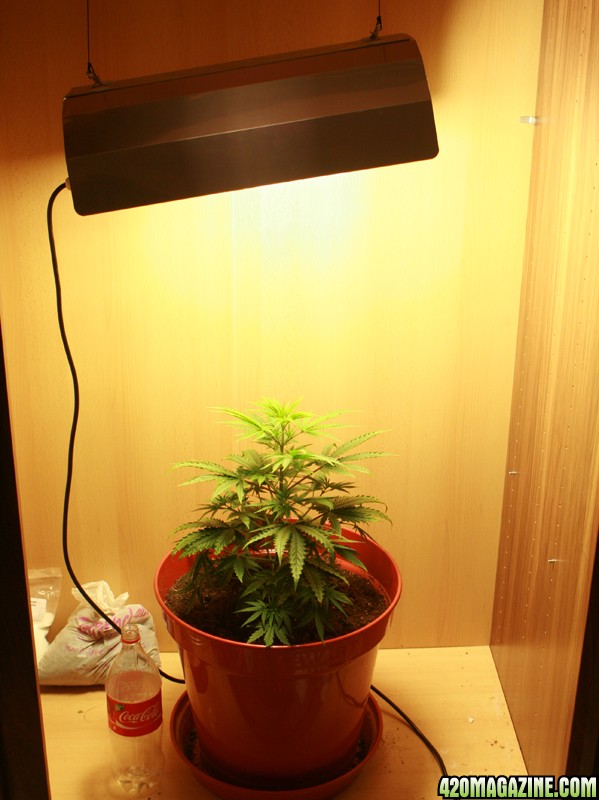 if you didn't already lift the light, i would do so. otherwise, i would also try to use a spray bottle with water and mist the plants leaves once or twice a week only in the veg stage. that will help a lot to cool down the leaves. will help a lot. just dont spray them too much, just a quick mist on the plants is perfect, then allow them to dry off underneath the light, but make sure the lights not too close, otherwise it will create hotspots and burn potentially.

Andy Botwin said:
Thanks for getting back to us with an update!

If you start a new Journal and decide to share it with us, please start one here:
Journals in Progress - 420 Magazine

Good to know you still grow!

and to gnome grown thanks, but I think the only problem I didn't have back then was the temp/heat