hey everyone, been lurking for a while decided I should make a journal for my first grow as I know I will run into problems.
Running 4 5-gallon grow sites with a 5 gallon control bucket. I have a float valve set up with an external res but i could not figure out how to stop a moderate drip from the valve so I decided to just switch the ball valve on my res off for now. I figure I can still top off whenever needed by just opening the ball valve and closing when full. Using 1.5" rock wool cubes in hydroton, 6 inch net pot lids. Using half inch tubing to connect everything (mistake, I will run at least an inch next time).
during seedling phase I used a small tupperware container, on top of my hot water heater in the dark until the stems showed above the rock wool (leaves still under) then placed them under a 1000w LED (~560 actual) for one day before moving the cubes into my DWC system.
At first I had feeding tubes under each cube, then one night a couple of my cubes dried out and one of the seedlings fell over, so I just made some drip rings today so I can see what going on. Right now the rings and rock wool are exposed to light until these babies stretch enough to add a thin layer of hydroton and my net pot covers.
That one that fell over seems to be a day or two behind the rest now but I figure she will catch up. I have since added 4x 54w e27 bulbs for side lighting on each.. not sure of the actual power draw but i figure at least 30w each.
Using fox farm 3 part, cal-mag plus, and chaching. 4x4 eBay tent, 450cfm inline fan and filter running at about half speed for now. A couple of 6 inch fans to move the air around. Humidifier running into one of the tent inlets.
Running a tetra 60 and 2x 5.5w eco air pumps gang valved together powering 4 inch airstones in each bucket. Also have a tetra 30 or something air rating the control bucket.
Started out on the GLR light cycle for the first week but decided today to just run 18/6 this run and maybe mess with GLR another time.
Circulating everything through a 1/10 HP water chiller set at 65 (usually ranges between 65 and 70 due to ventilation).

These pictures are a few days old, I'll take new ones tomorrow. 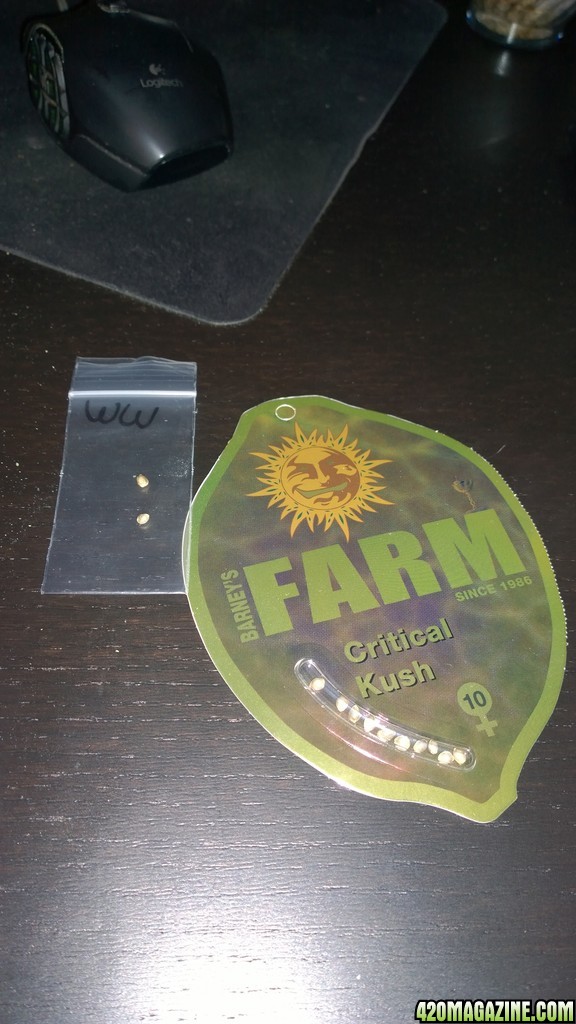 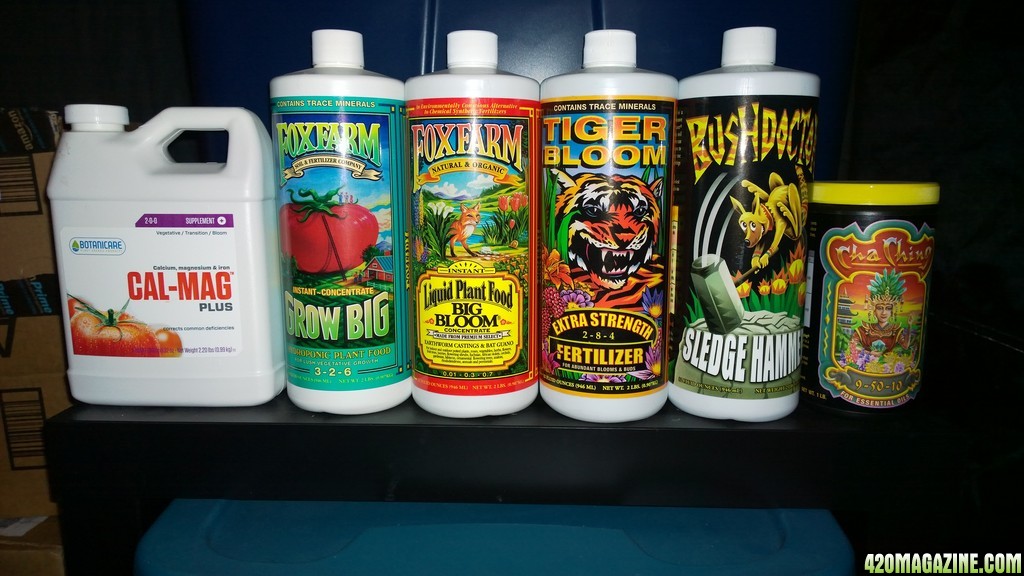 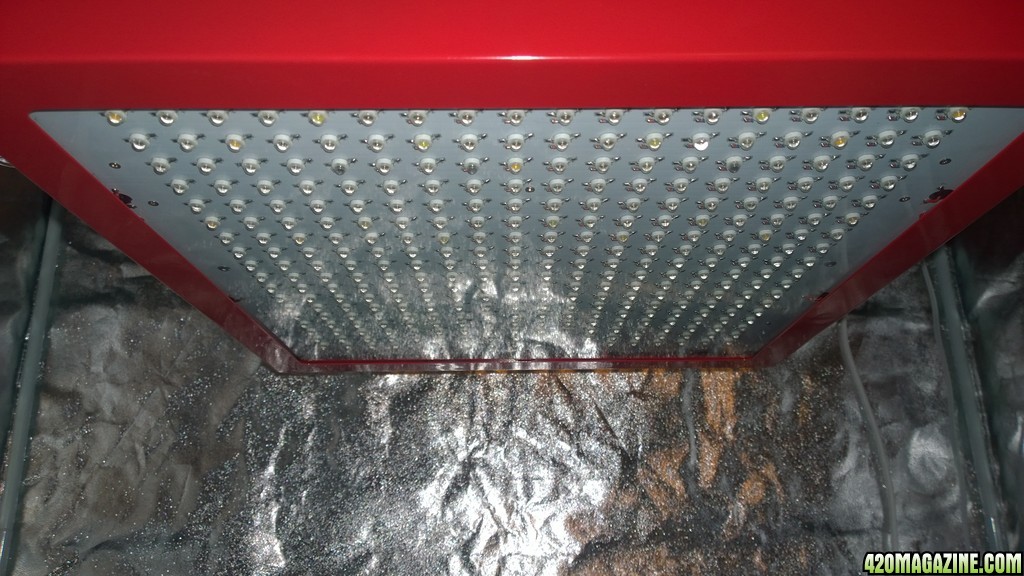 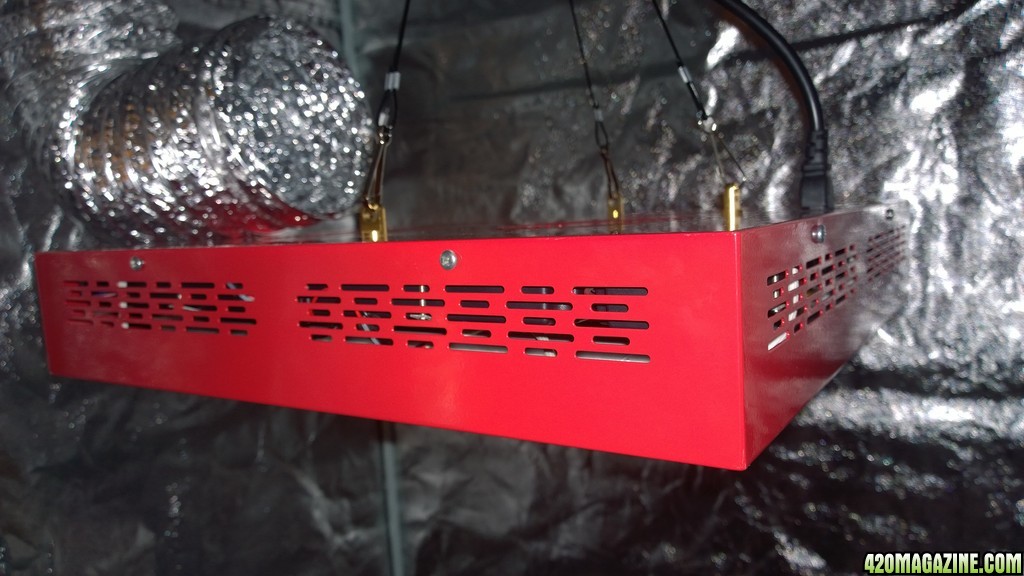 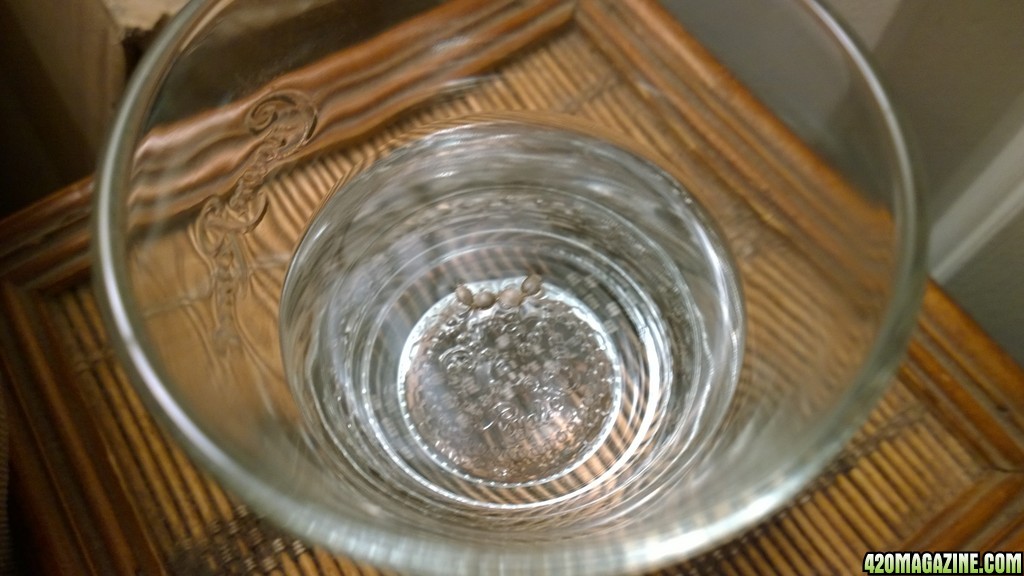 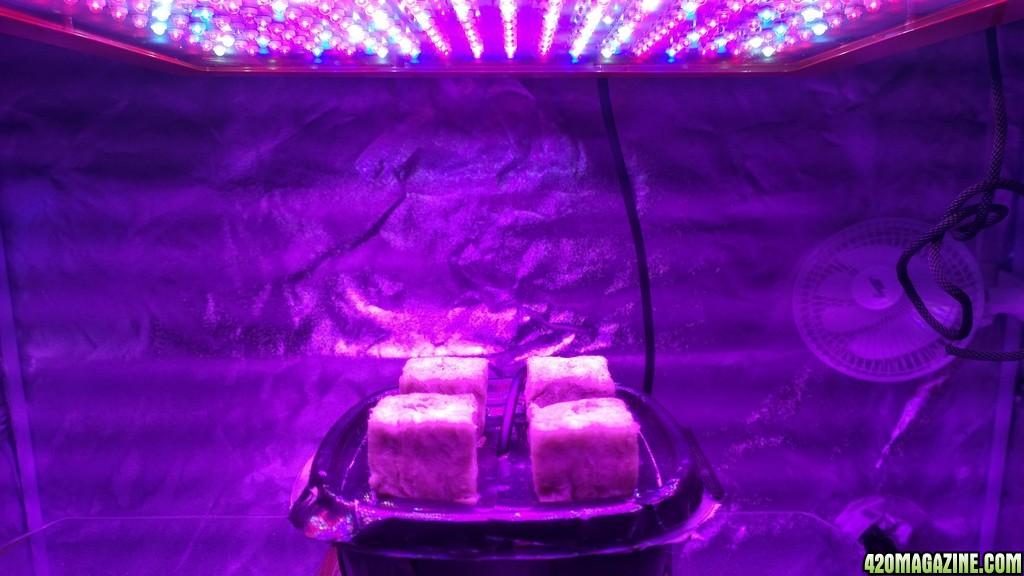 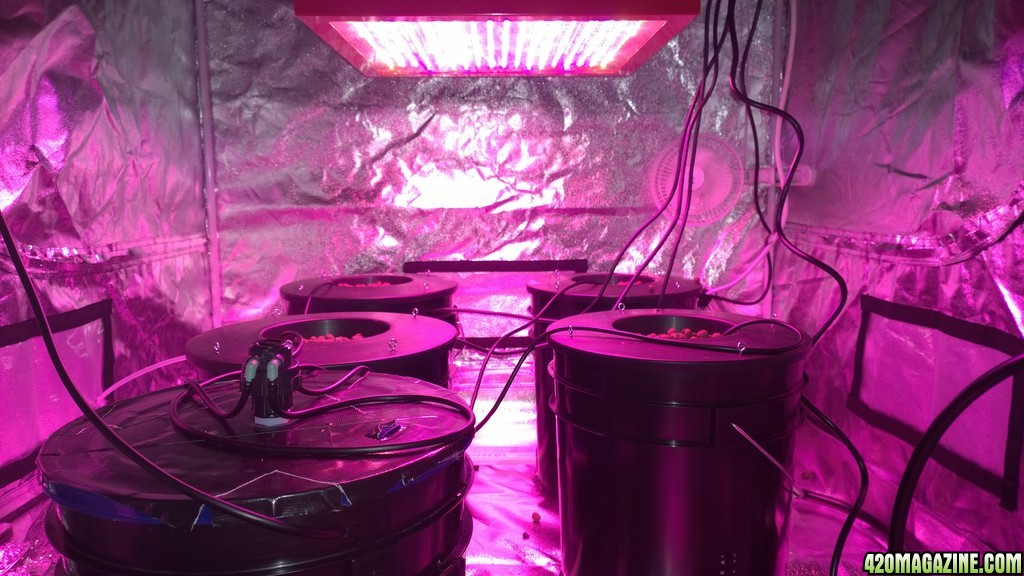 Nice set up.
Use COFINEST for Mars Hydro discount code

Thanks for the reply, couple more photos while the girls are asleep… 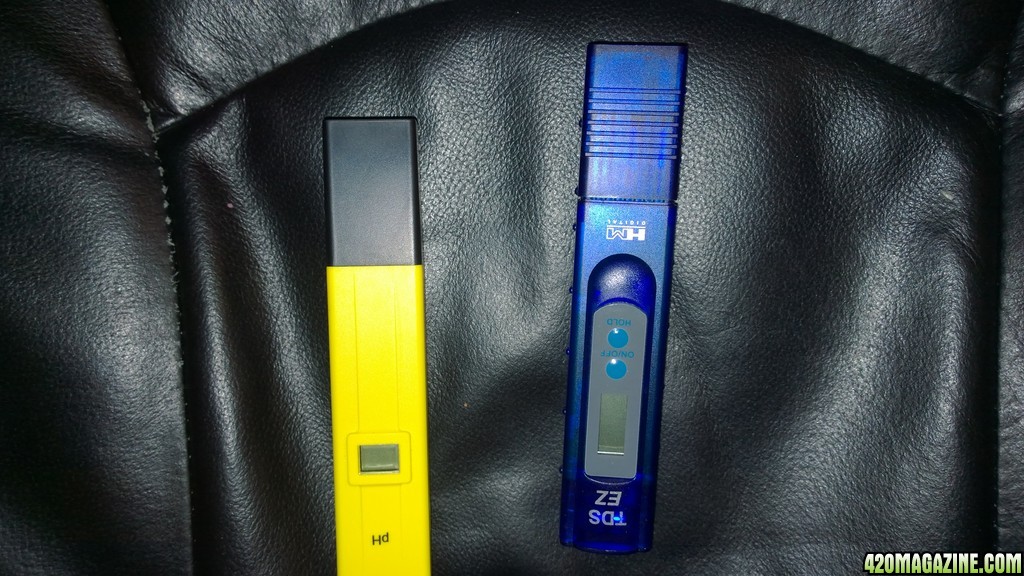 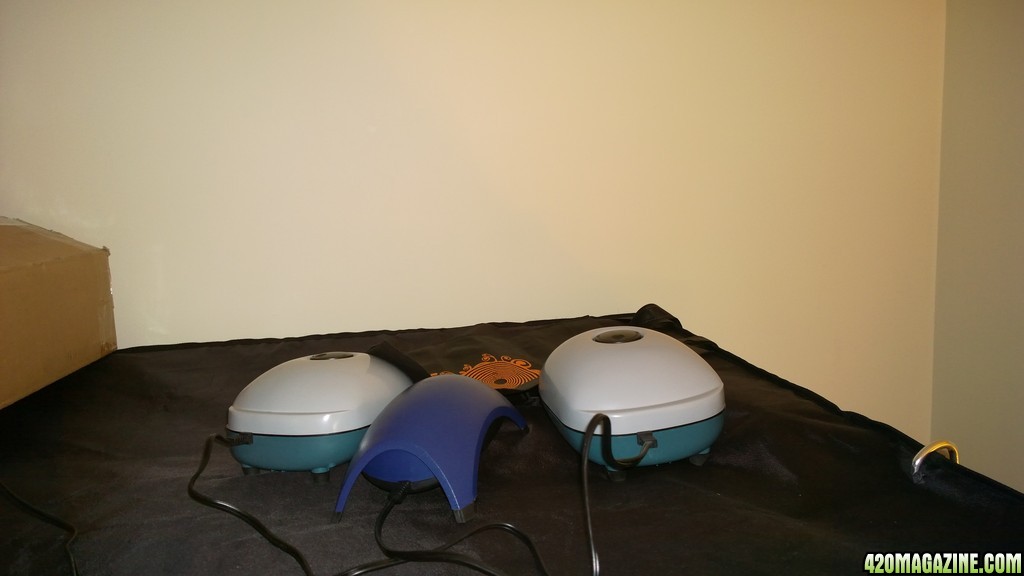 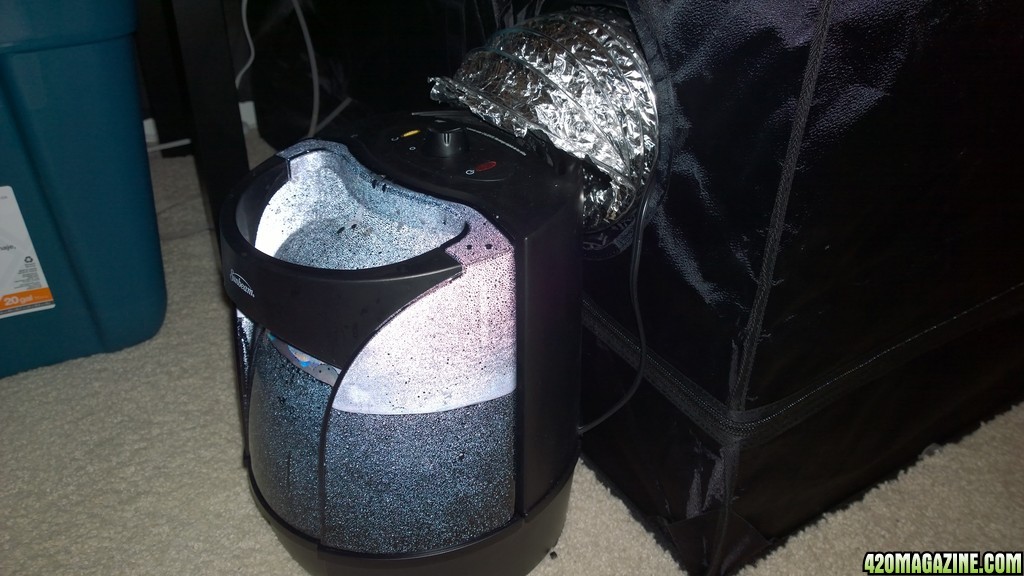 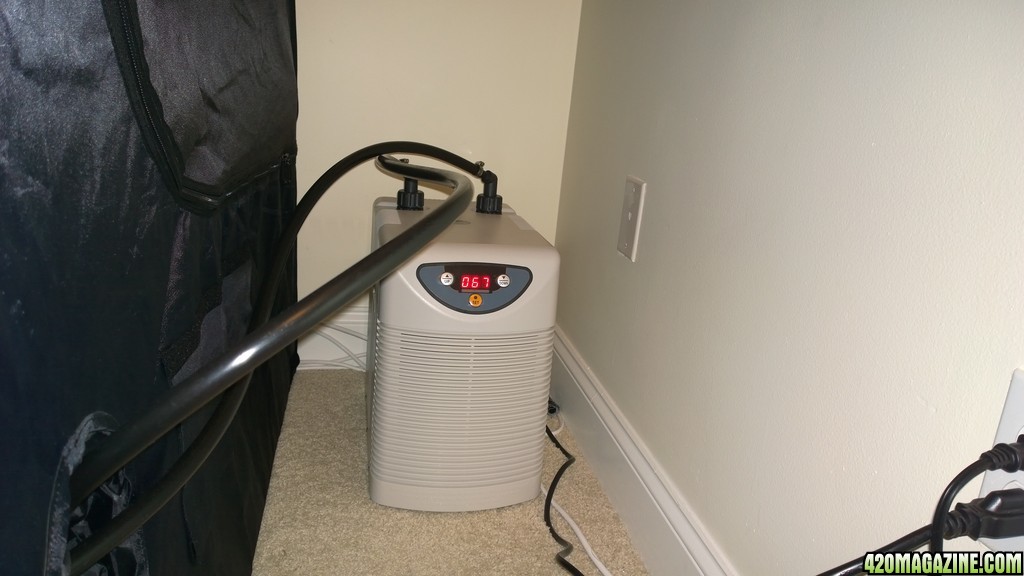 First seedling pic is the one that laid down for a night, 2nd one is of the other seedling which had its cube dry on me. Both are looking healthy tho slightly behind their 2 sisters. 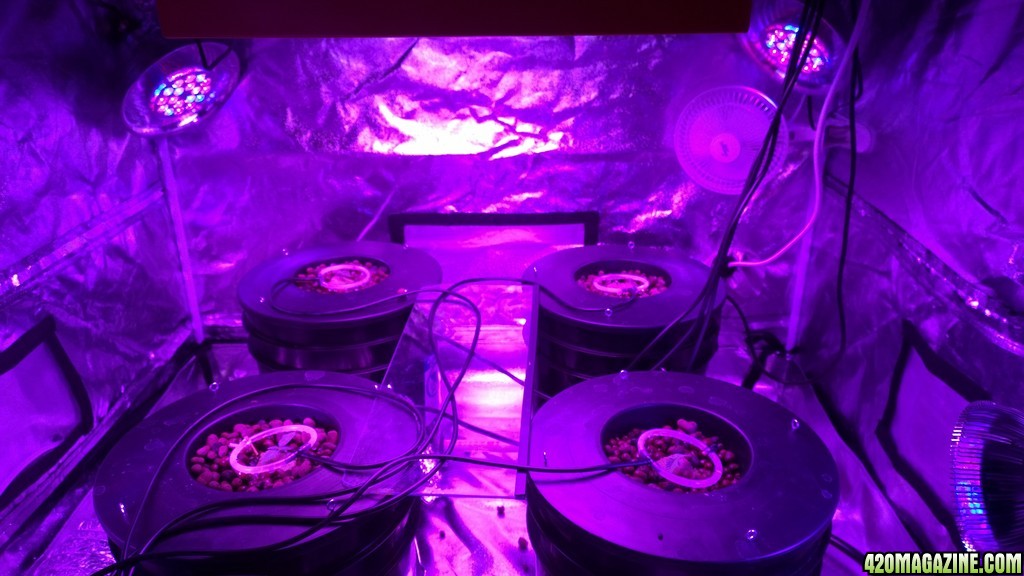 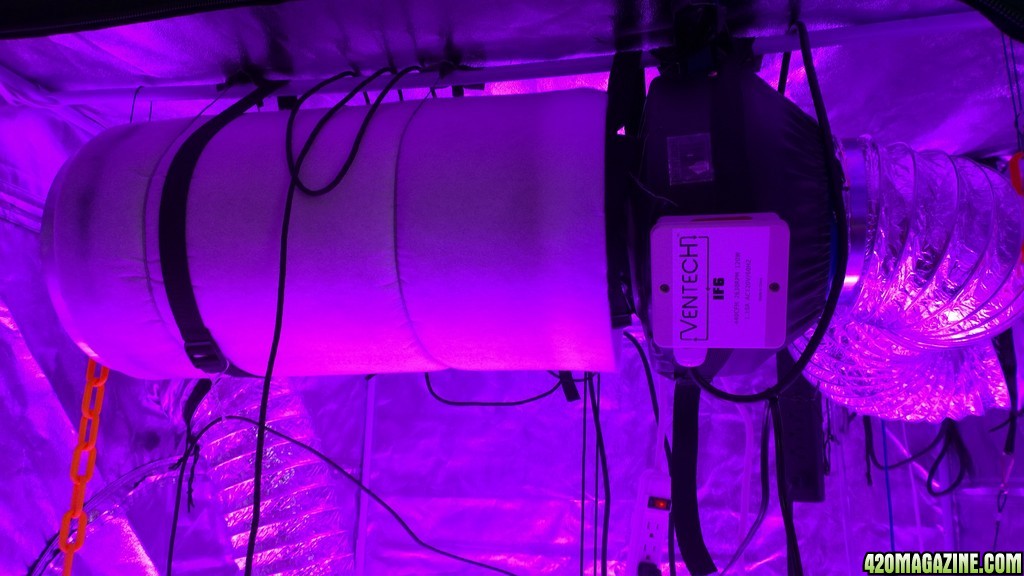 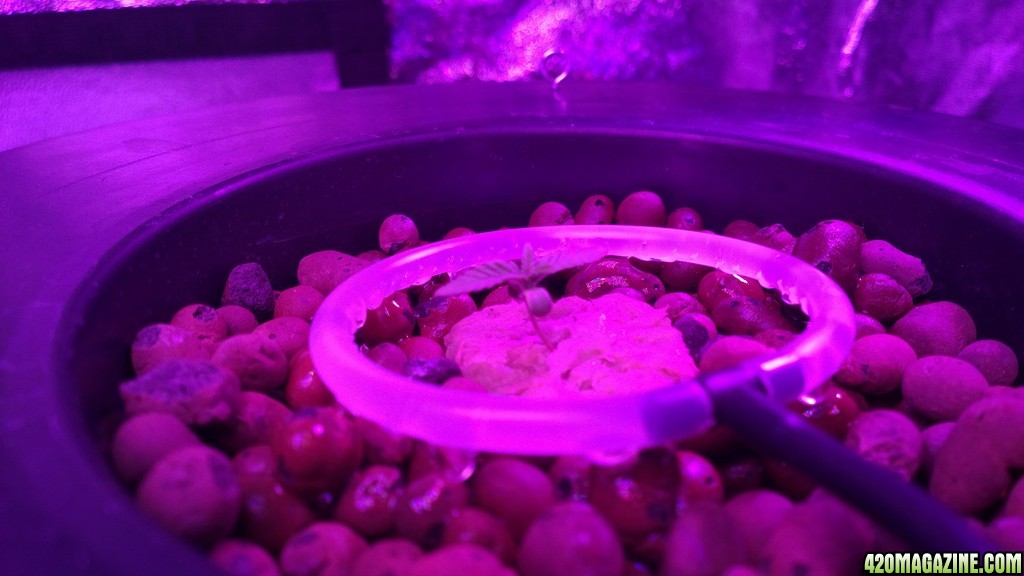 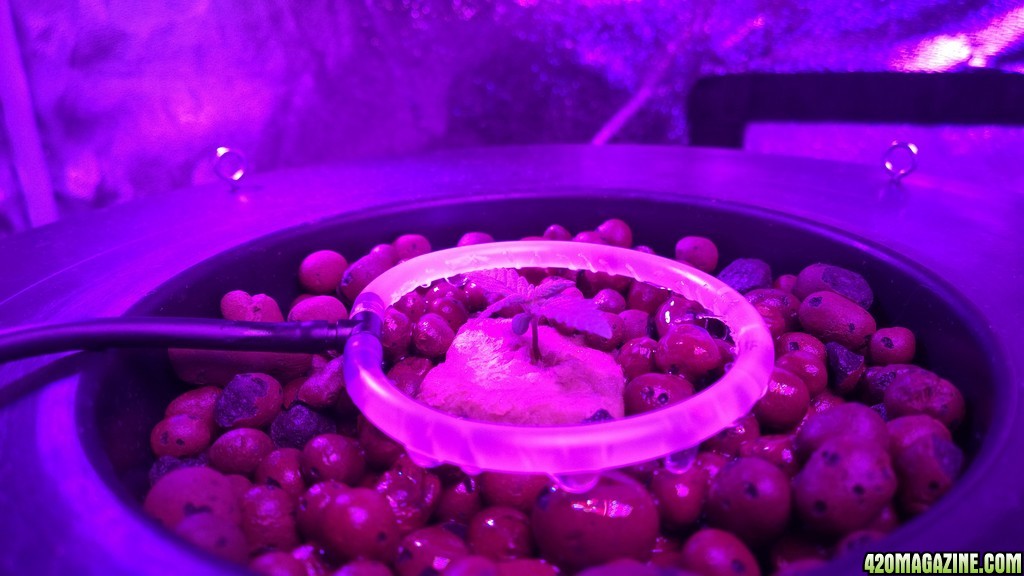 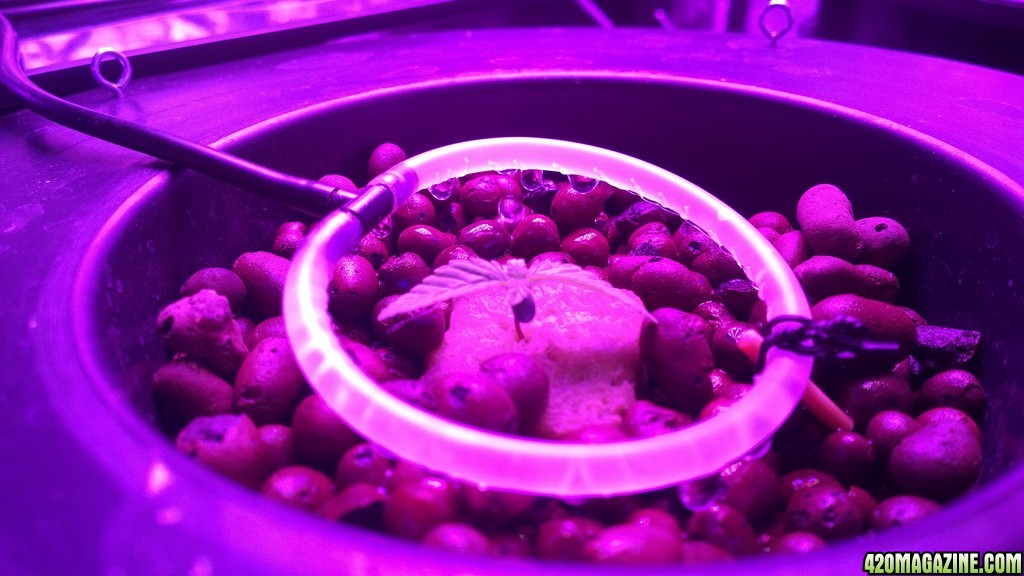 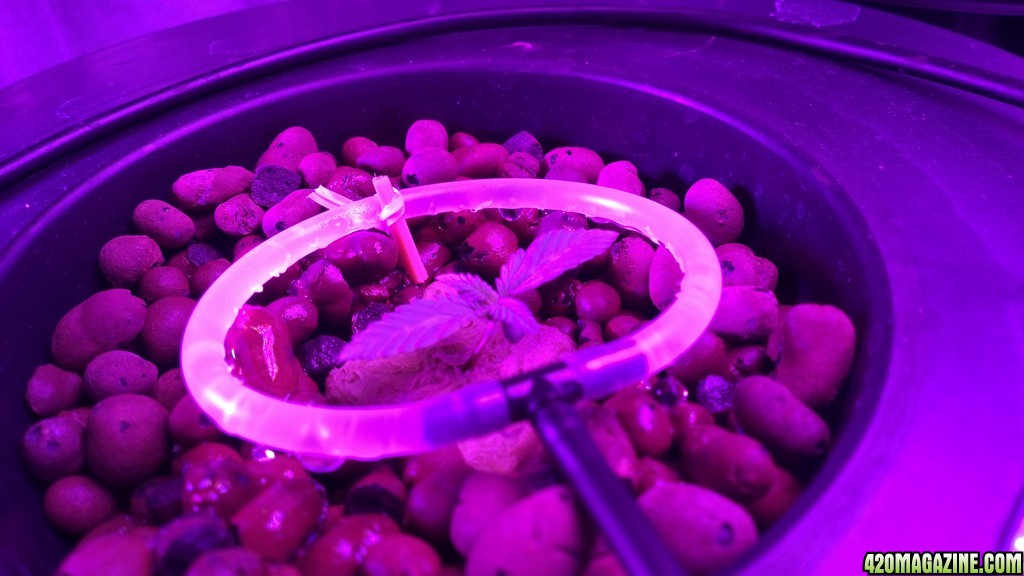 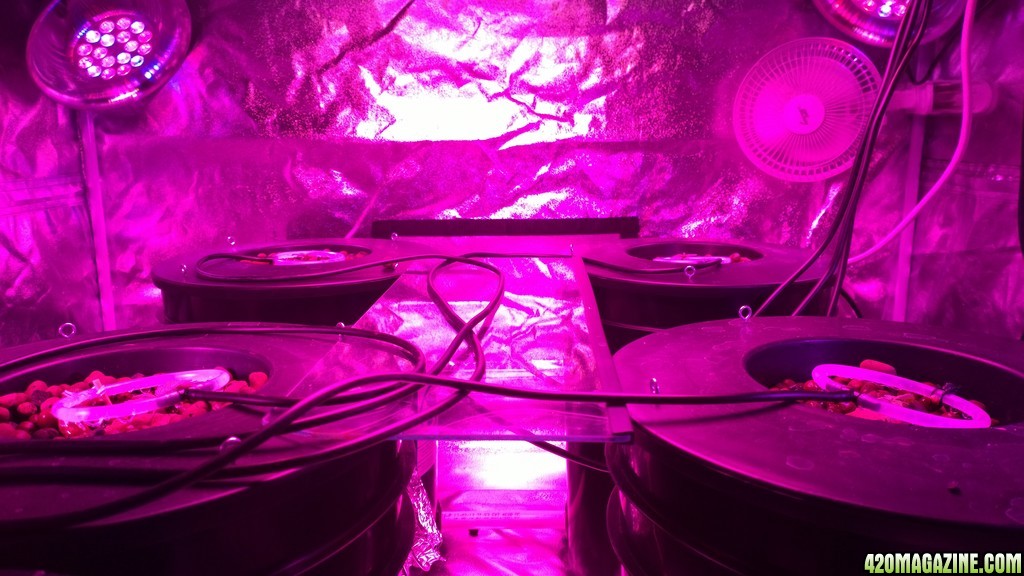