1st timer. Is there hope for survival?

I have been lurking the threads since late last year, taking mental notes and getting anxious to get growing. Bought the supplies in February, germinated via paper towel method and put the seedlings in some soil on 3/4 Out of the 8 I have 1. I believe that the 7 that never poked through was do to me using FFOF and burning the seeds. Somehow some way the Hawaiian Skunk Haze was making it.

It has gone through 24/7 600w MH set at 75% (was 50% for a week or so) for about 2.5 weeks give or take a couple of days. It has suffered low humidity, high temps, over watering, transplanted to 3gal smart pot mid March, gave a splash of 1/4 strength Grow Big about a week and a half ago. I thought maybe it was stunted a little so maybe a sip of GB would give it a little boost. Then last night I went to town on, hopefully, her.

Do to a little bit of yellowing on the tips, and seeming to get worse, I decided to replant in some fresh FFOF. I put a layer of soil in the bottom of a new smart pot, a layer of MGrow perlite, soil, perlite, then carefully took the root-ball out of the old, gave a slight shake to remove old soil, and placed in new. I then added a new layer of soil, and put some more perlite on top, then started slight LST. I woke up to the the horrific sight as seen in the pictures. After work tonight I removed, soaked in distilled water to remove old soil, and put in Espoma Organic Seed Starter (purchased over the weekend along with the perlite) Afterwards there was 3 more hours of light until her bedtime. I'm thinking that the amount of perlite I mixed in skyrocketed the Nitrogen count. The bottom new growth seems to be bright and green while the top most new growth tips seem to be crispy brown. The top main skinny leaveshave curled down and turned brown.Will it survive? Have I done right in the transplant to the seedling mix? 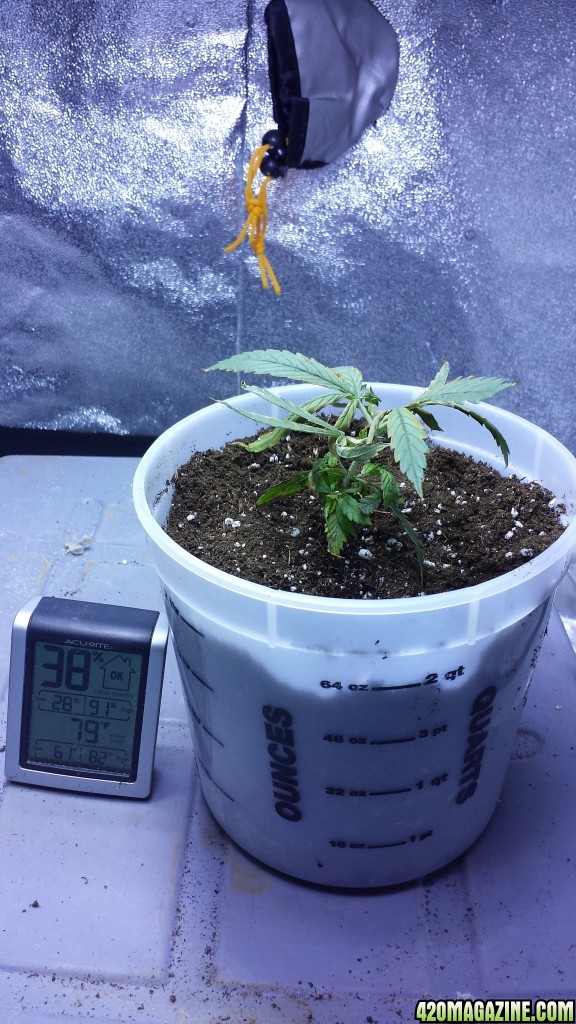 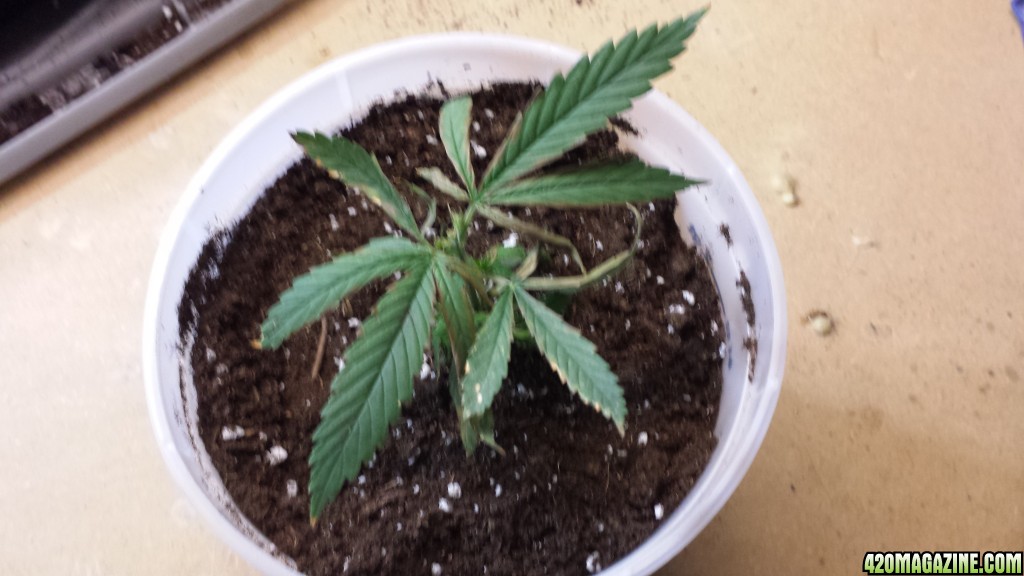 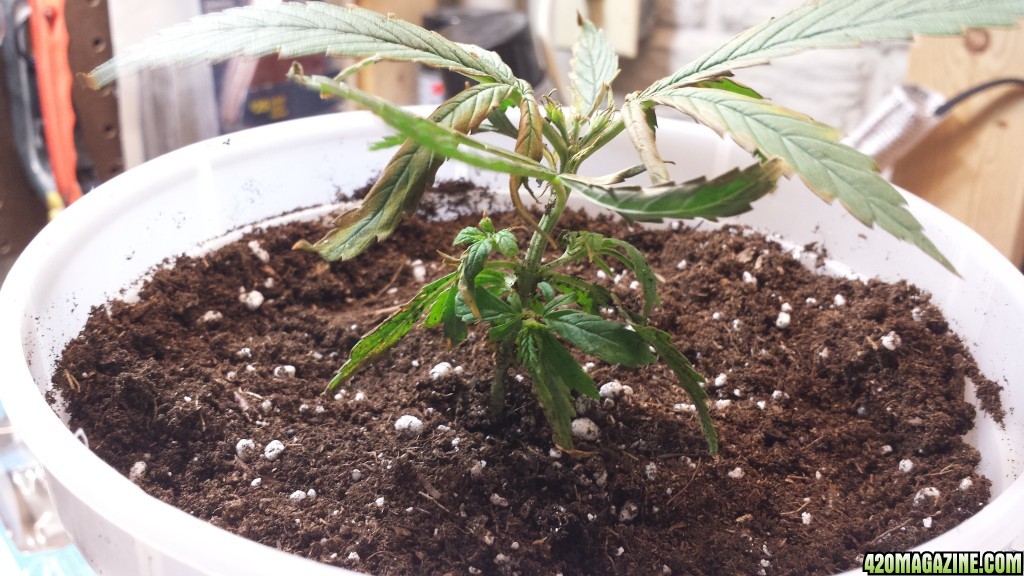 just from reading and with my limited knowledge I think you are fiddling with it too much. No more transplants or feeding.
Big Jack's first grow ever! Flo-Og/auto FINI, Znet-9 LED, in dirt
A

I agree I fiddle too much. What should I expect of the existing leaves? Should I cut the skinny, curled leaves off? Will the topmost new growth survive?
T

AnonOmus said:
I agree I fiddle too much. What should I expect of the existing leaves? Should I cut the skinny, curled leaves off? Will the topmost new growth survive?
Click to expand...


The lower leaves will fall off by themselves anyway no need to snop them off. I was having some deficiencies too soil is easier to main than hydro tho. But my biggest issue was ph after i steaightened out my ph my plants immediately recovered and showed significant root and stem growth. 1/2 nutes and check ph look up the nute deficiency charts it will become your bestfriend overtime
D

Hi, I was wondering if you could tell me where I can look for the nute deficiency chart? Thank you very much for your help.

dmadragna said:
Hi, I was wondering if you could tell me where I can look for the nute deficiency chart? Thank you very much for your help.
Click to expand...

B
Please help, my plant is dying!