Washington state's first legal marijuana license is going to a guy named Green. Sean Green, a medical marijuana dispensary operator from Spokane, is due to be issued a producer-processor license under the state's recreational pot law at the Liquor Control Board meeting in Olympia on Wednesday morning. Green is the chief executive of Spokane's Kouchlock Productions – a company named for the phenomenon of being too stoned to get off the couch. Brian Smith, a spokesman for the Liquor Control Board, said he would neither confirm nor deny that Green is getting the license, but Philip Dawdy, a longtime marijuana activist who is handling media calls for Green, confirmed it to The Associated Press on Tuesday. Dawdy said Green won't be giving interviews until after the license is issued. The license will initially allow him to grow and process 21,000 square feet of cannabis.

Green has run medical marijuana dispensaries in Shoreline and Spokane, both named Pacific Northwest Medical, for the past few years. Dawdy said he was one of the first dispensary operators in the state to pay all applicable state taxes. "He plays by the rules, and that's the kind of people the Liquor Control Board wants to license," Dawdy said. On his Facebook page Sunday, Green wrote: "Thank you to everyone who have supported me in this controversial journey I set out on. I couldn't have done it without you. In the weeks coming, things are going to unfold very quickly."

Washington voters passed Initiative 502 in 2012, legalizing the possession of marijuana for adults over 21 and setting up a system of state-licensed growers, processors and retailers. Since then, the Liquor Control Board has been working to set up rules for the industry and get it off the ground. The board began accepting license applications in November and has been checking the finances and backgrounds of applicants, as well as reviewing their business plans. Among the last steps in the process are for applicants to undergo an inspection of their business premises and to check to make sure their business systems are compatible with the state's technology for tracking the marijuana. The board is due to begin issuing retail licenses later this spring, and sales could begin in June or July. In Colorado, the only other state to legalize marijuana for recreational use, sales began Jan. 1 after the state started allowing medical marijuana dispensaries to sell the product for adult use. 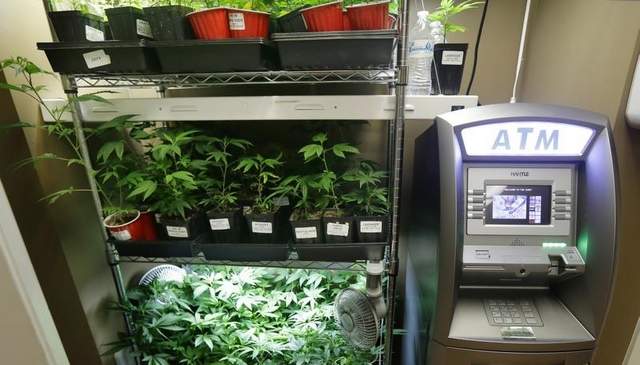 To a guy named Green? They do have a sense of humor...

you so much that He died for you.

Wow 3 licenses issued in one week! At that rate it could take over 5 years to get to me since I applied for one late in the process. I am on a fixed income and I cannot wait indefinitly to start my business-- my start up funds could dwindle away