No arrests have been made, though Cunningham said police are pursuing leads. No money, weapons or other drugs were found in the search. Police received a tip May 2 that a warehouse within the town limits might contain a large amount of marijuana. A search warrant was obtained after a K-9 searching outside the building alerted to the possibility of drugs inside, Cunningham said. Cunningham estimated the warehouse was 30-40 feet wide and 70 feet deep. The warehouse had been leased for a number of months, but no one was inside the facility at the time of the search, Cunningham said. Cunningham said this was likely among one of the largest drug busts in North Carolina in recent years. Forsyth County deputies and state ALE agents helped police execute the search warrant. 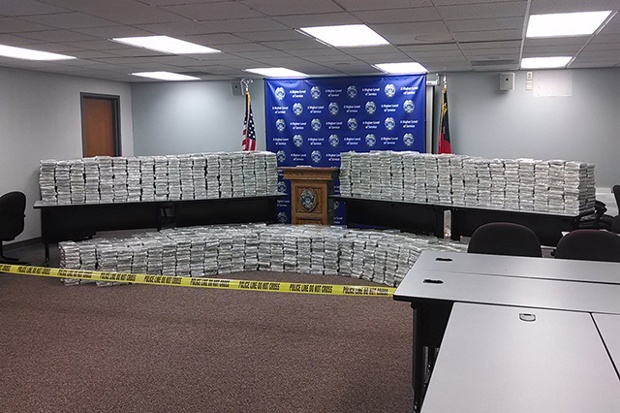 " A search warrant was obtained after a K-9 searching outside the building alerted to the possibility of drugs inside, Cunningham said."

Seriously? And why were they searching with a K9 unit outside the building, on the property?

And why are K9 dogs still trusted enough to obtain search warrants? The failure rate/false positives can be as high as 85%. Their alert should be considered nothing more than reasonable suspicion, not probable cause.
420 Contests
Everything You Need To Grow Cannabis
Forum How-To Guides For Beginners
O