Annapolis, Md. – Two marijuana bills -- one legalizing pot and the other taxing it -- will be introduced sometime this week in Annapolis.

If the bills become law, people thinking they can throw seeds in the ground and grow marijuana are in for a rude awakening.

Bill supporters believe legislation legalizing and taxing marijuana gives the state the ability to grow money. The proposal is modeled after Colorado's law that generated $200 million in taxes and fees last year alone.

But Maryland's potential proceeds would not go into the general fund. Fifty percent of the money would go to community school programs.

"By introducing a new revenue stream, we are protecting one of our priorities, our greatest priority, which is public education, and specifically protecting and enhancing potentially the educational experiences of children in the communities that are disproportionately impacted," said Delegate Mary Washington, D-Baltimore City.

"(The proceeds will go) into the neighborhoods that have been most impacted by the failed war on crime," said Sen. Richard Madeleno, D-Montgomery County.

According to the Maryland Cannabis Policy Coalition, 50 percent of the proceeds would go to education, 25 percent toward drug treatment, 15 percent to workforce development programs and 10 percent to combat driving under the influence.

There is also a racial component to the measures.

"In Maryland, an African-American is close to four times more likely to be stopped, pulled over and ultimately be convicted than a white counterpart despite equal usage rates. This bill, these two bills, will help alleviate that racial disparity," said Sen. Will Smith, D-Montgomery County.

"These are still things that plague our communities, and we think that legalizing marijuana is a simple solution," said Delegate Curt Anderson, D-Baltimore City.

According to the Maryland Cannabis Policy Coalition, those 21 years and older may possess up to one ounce of pot, grow up to six pot plants, no more than three of which are mature, and prior convictions for small amounts of pot could be expunged.

The state comptroller's office would be responsible for regulating the industry.

Bill supporters note lessons learned from other states will be applied in Maryland.

"We now have histories from Colorado and Washington state with regard to some of the problems they faced and some of the solutions they imposed," Anderson said.

"I think the data is very clear that Maryland residents are ready for a grown-up conversation on this topic. The last I saw, about 60 percent of Maryland residents favored the legislation," said Delegate David Moon, D-Montgomery County.

If the legislation fails to get traction, advocates will pursue letting voters decide the issue of the recreational use of marijuana through a referendum question in 2018. A Washington Post-University of Maryland poll indicates 61 percent of Maryland residents support legalizing marijuana.

"I think we have a lot of work this session ahead of us to start counting votes, to talk with leadership to see if they are ready to take that leap," Moon said.

Bills legalizing marijuana have failed over the past few years. Getting a referendum question on the ballot changing the state constitution has to pass by a super majority in both chambers. 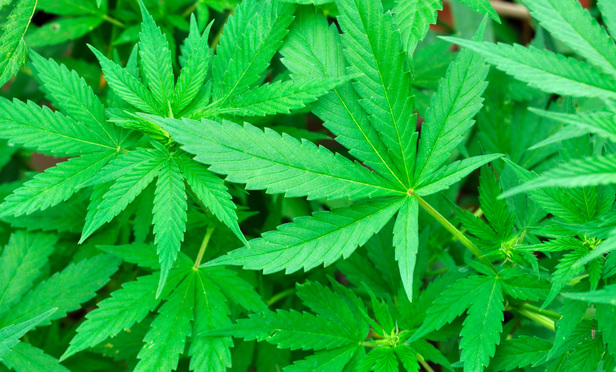