This time is going to be a variety batch

All organic amendments (except for one synthetic flowering nutrient) - soil grow

5 strains Germinating as of yesterday

Equipment Info & Pics of the Setup and progress thus far will be posted soon!

(Amendment Amounts are per Gallon of Soil) 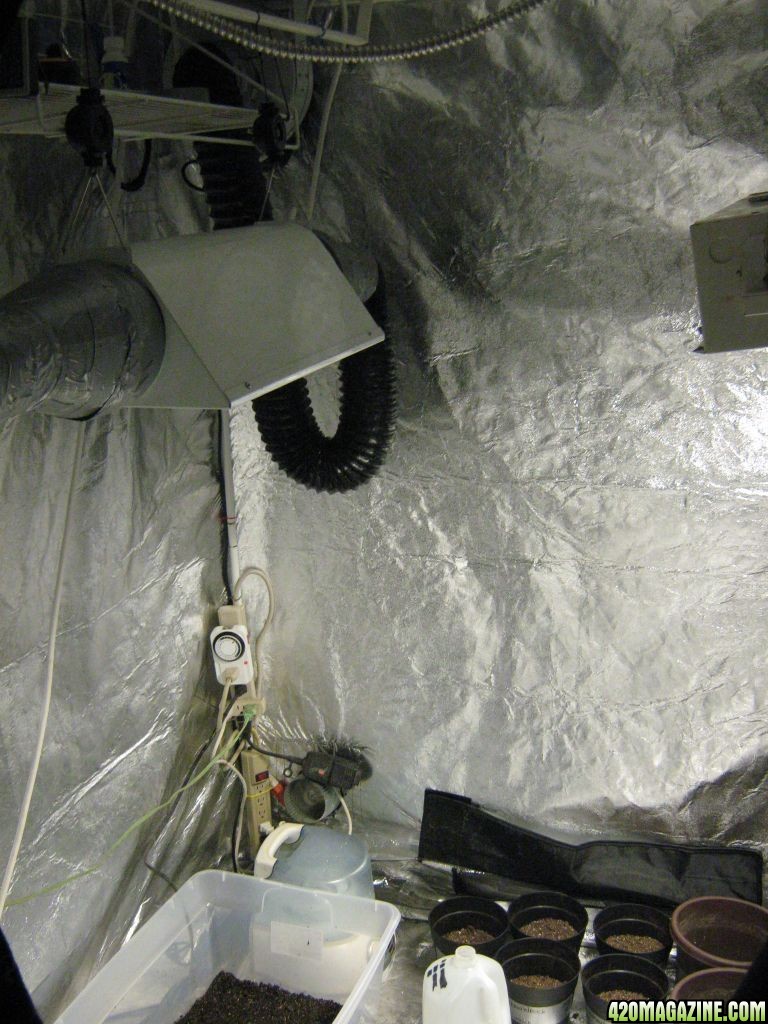 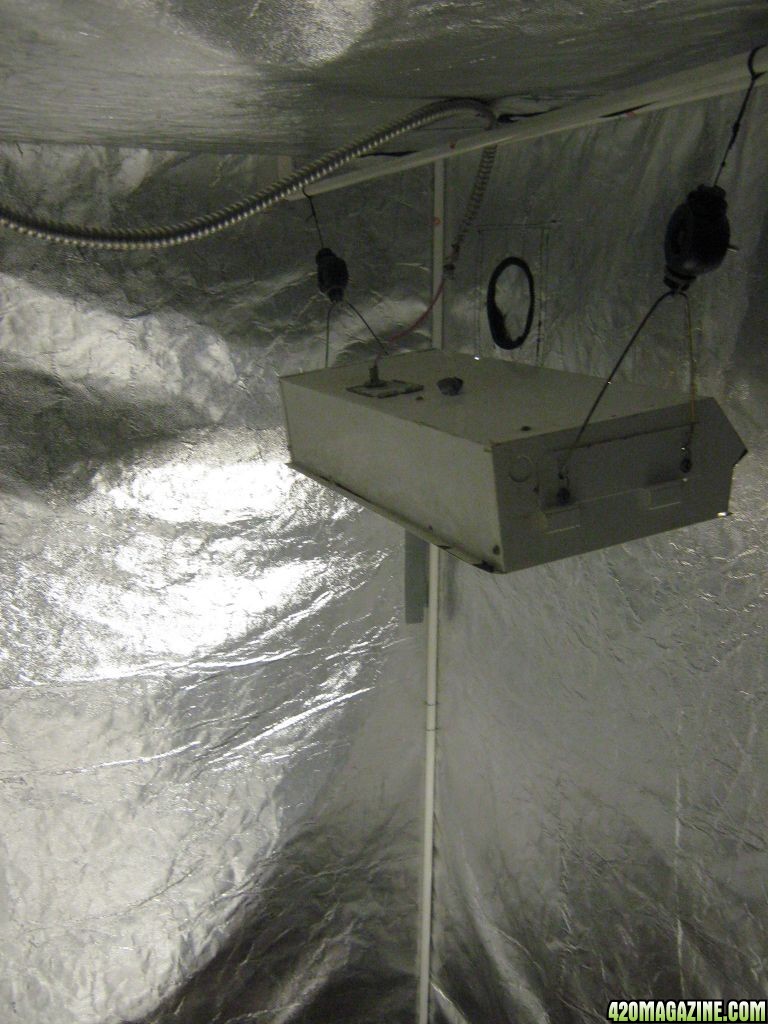 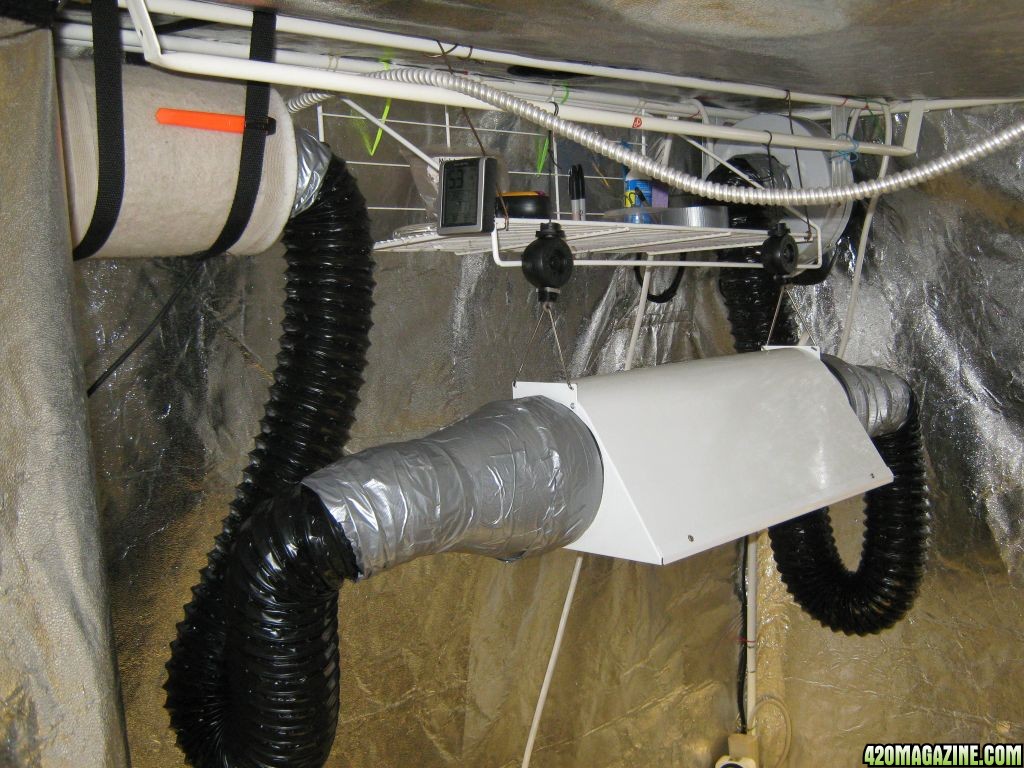 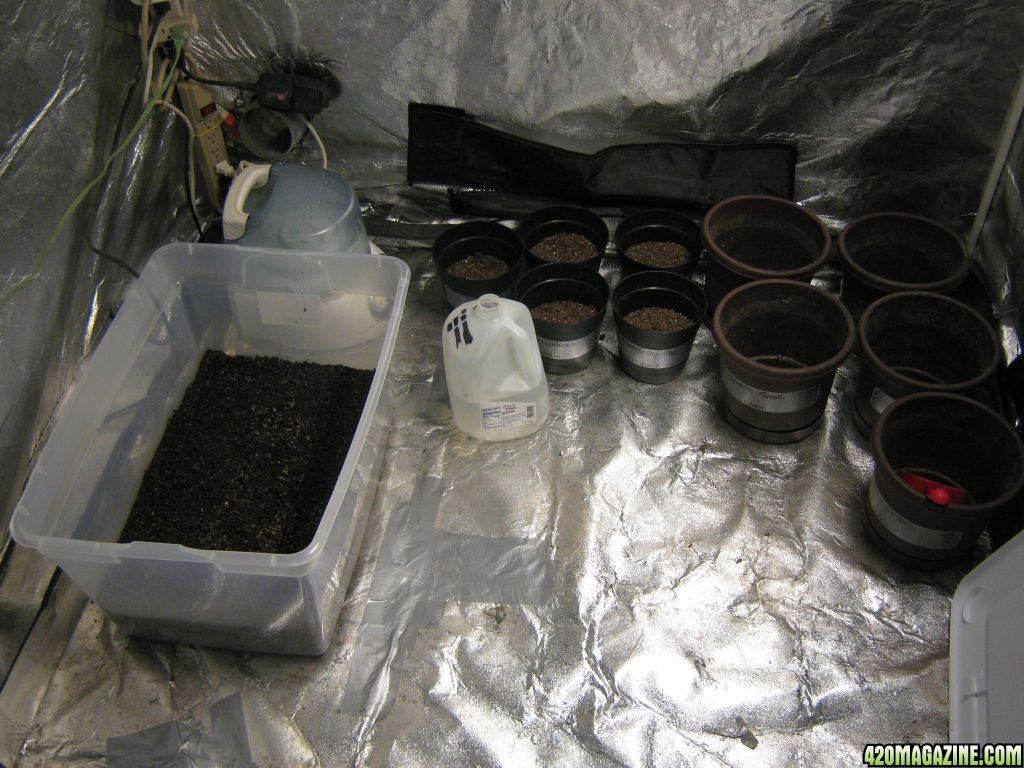 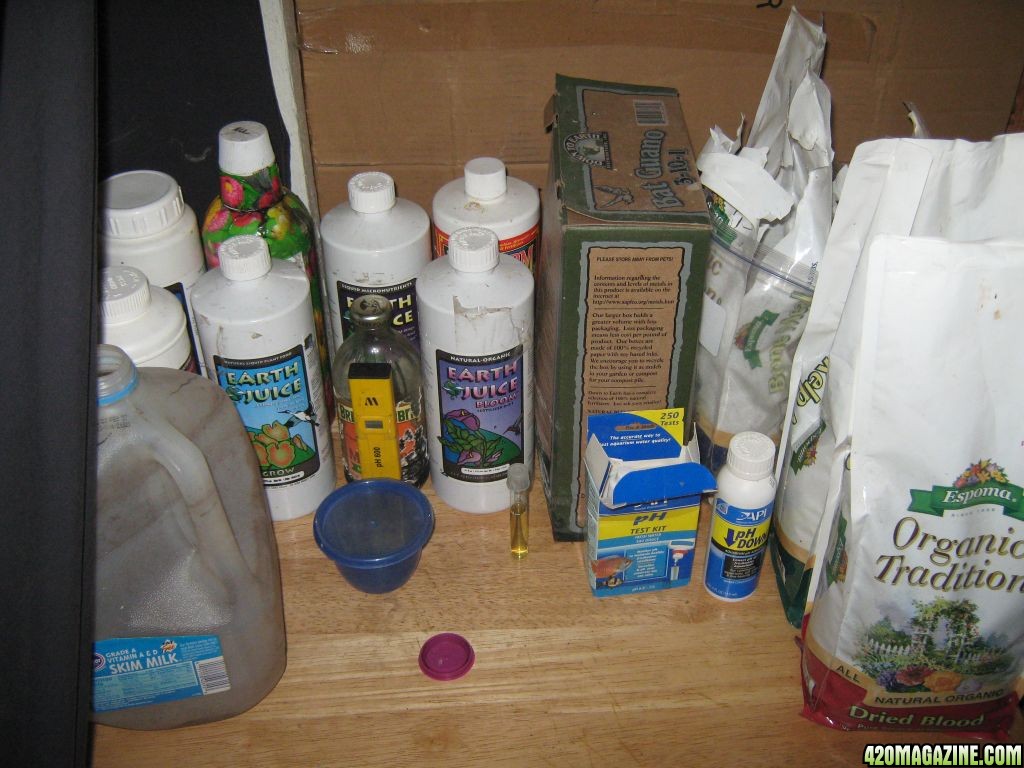 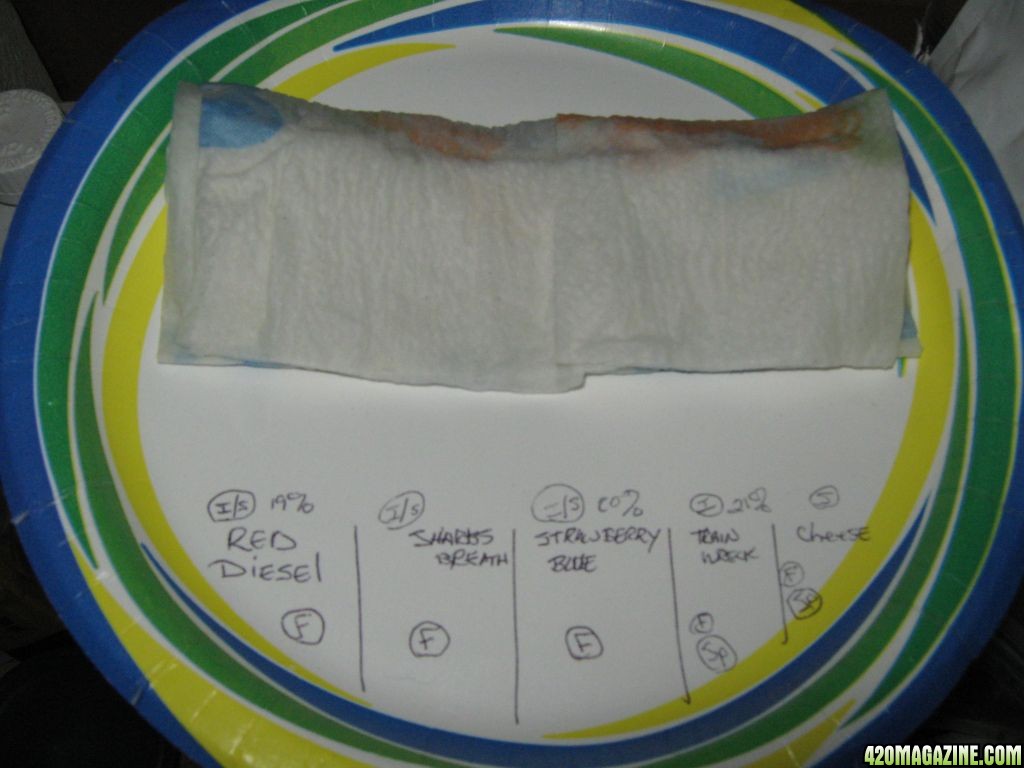 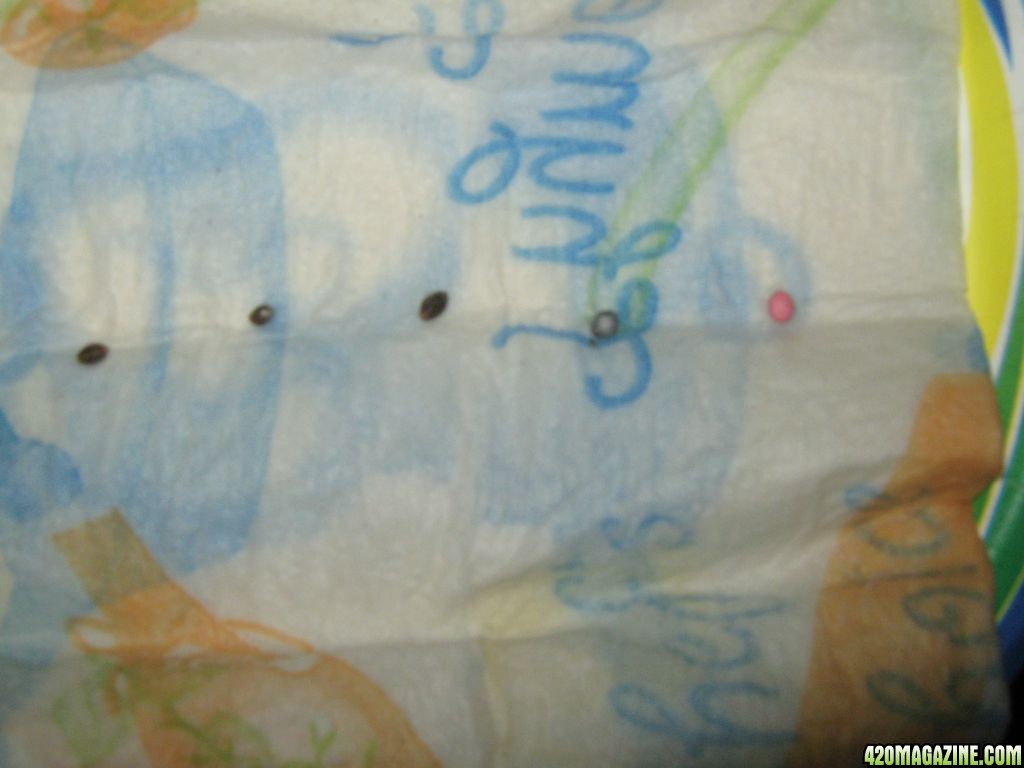 As I suspected, from my previous grow, the Strawberry Blue has already popped her Tap Root; The other 4 haven't, but a couple look like they are getting ready.

The Trainwreck had a silver coating and the Cheese had a pink that crumbled off as I rolled them around, now they actually look like seeds haha
J

The Tap Root on the Strawberry Blue has grown from 1/8" to almost 1/2"
and Red Diesel has started to pop... I expect to have these 2 in some soil in roughly 11 hours from now
J

Warning--any person and/or institution and/or Agent and/or Agency of any governmental structure including but not limited to the United States Federal Government also using or monitoring/using this website or any of its associated websites, you do NOT have my permission to utilize any of my profile information nor any of the content contained herein including, but not limited to my photographs, and/or the comments made about my photographs or any other "art" related posts on my profile. You are hereby notified that you are strictly prohibited from disclosing, copying, distributing, disseminating, or taking any other action against me with regard to this profile and the contents herein. The foregoing prohibitions also apply to your employee(s), agent(s), student(s) or any personnel under your direction or control. The contents of this profile are private and legally privileged and confidential information, and the violation of my personal privacy is punishable by law.

Well, Ms. Strawberry Blue is getting dirty....she just got put in the soil...

the Red Diesel and Trainwreck has started to pop... Red Diesel might be in some dirt by tomorrow night... probably followed by Trainwreck..

Sharks Breath has popped open, not much of a tap yet.
Looks like Cheese will be the last to go

5/29/12
All of the girls are in the dirt except Cheese, she hasn't popped open yet... if she doesn't pop open in the next day or 2, I'm gonna drown her in a glass of water to see if that helps... if she decides she's a no-go I guess I'm gonna start another Strawberry Blue or something else maybe...

Hopefully By tonight Cheese will have shown some Germination Progress

Photos Will Be Posted Tonight around 10pm CST

Looking good on the 4 that are already getting down n dirty...
I decided to fully submerge Cheese in some water in hope of a better Germination...
Strawberry Blue, as expected, seems to so far be the most prominent strain! 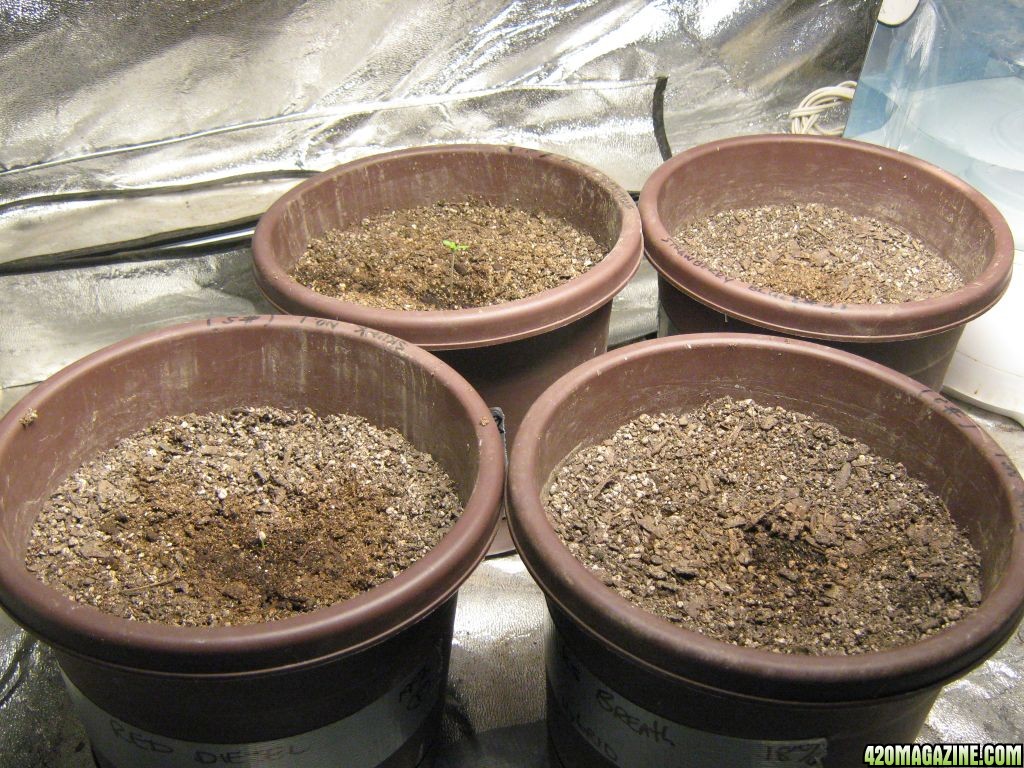 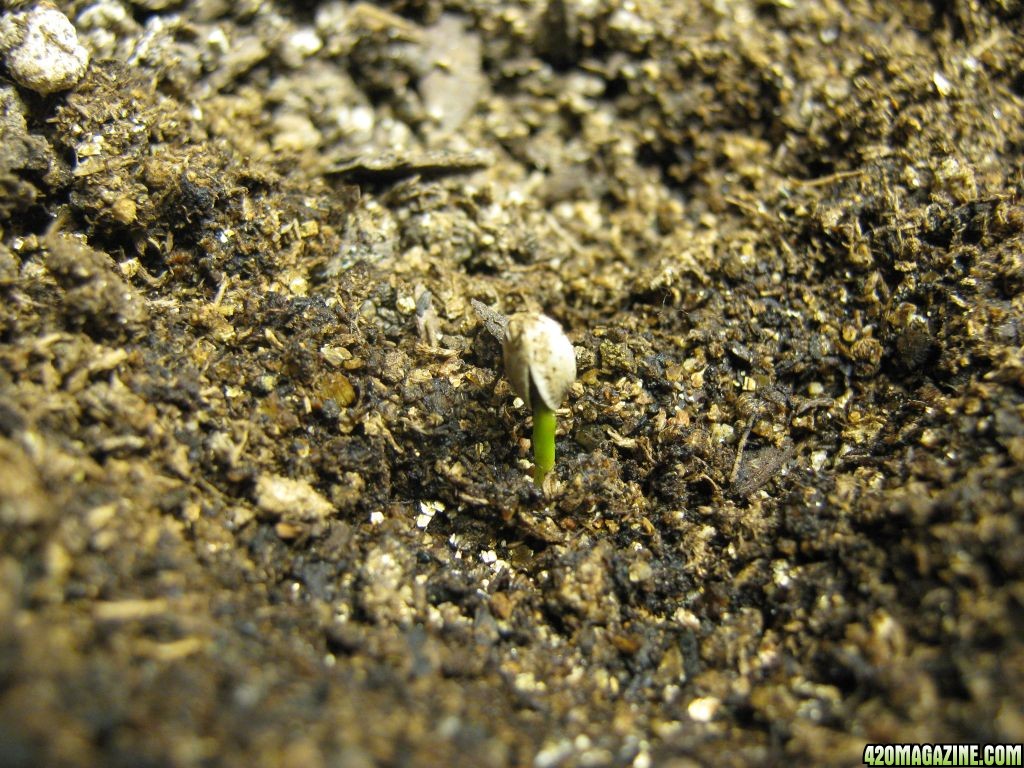 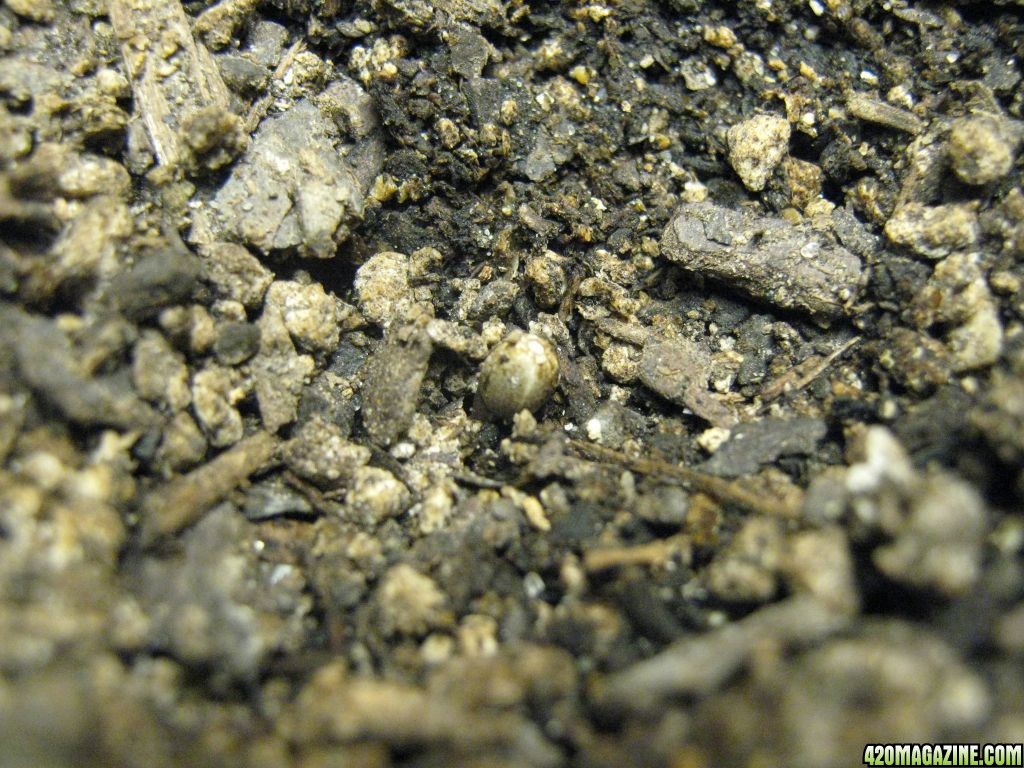 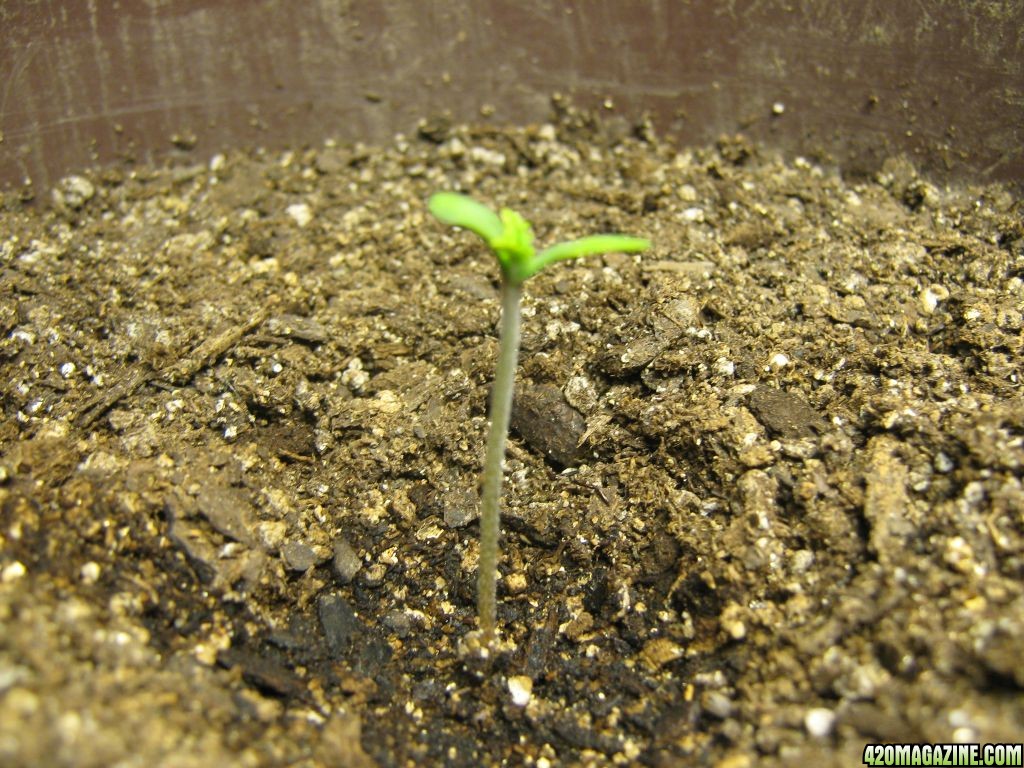 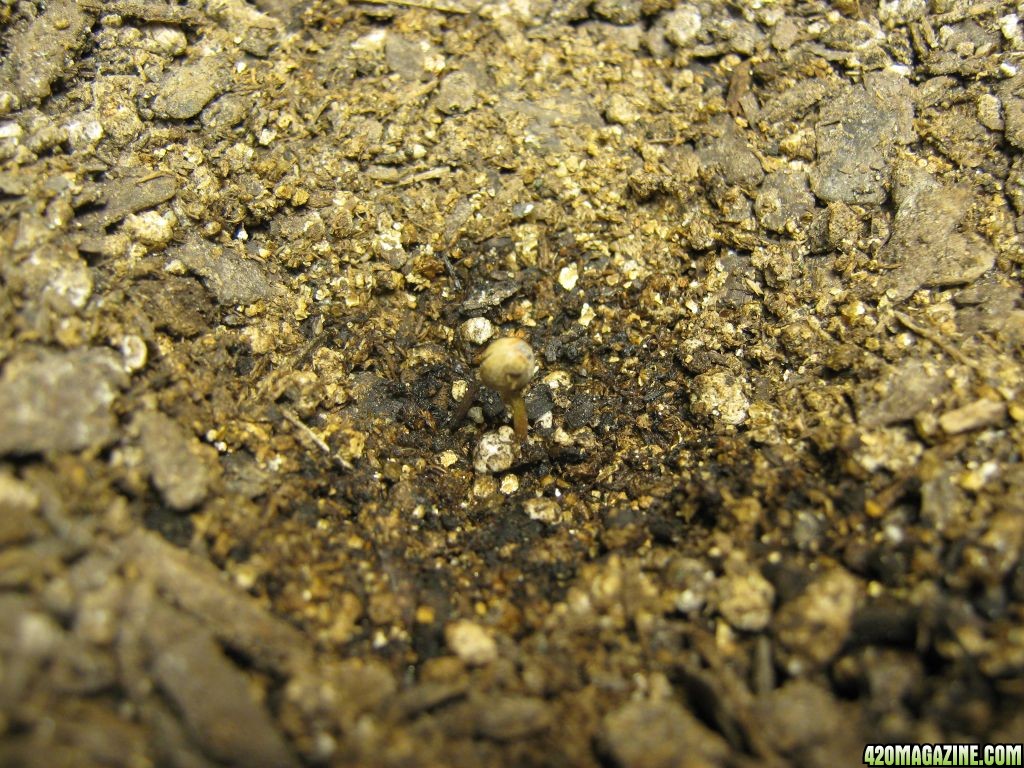 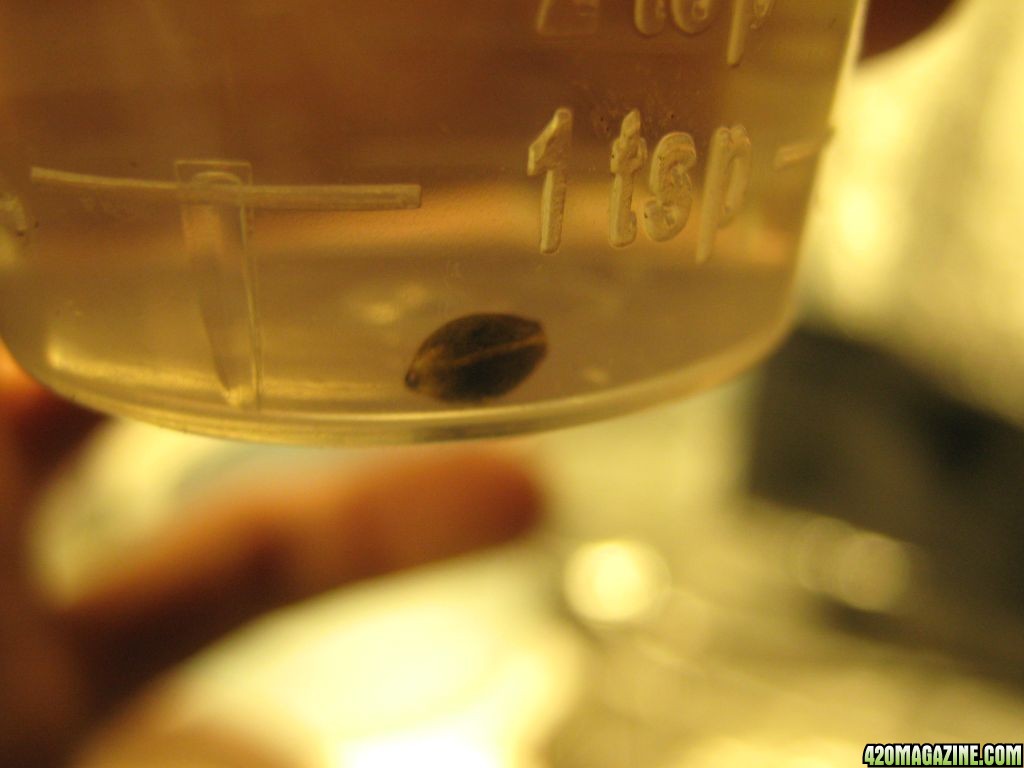 I would just plant the cheese in the soil and see if it comes up ,too long in water will drown it ,best to put straight into soil if it comes up bonus if not well atleast you know you didnt drown it

Many times i have soaked in water and nothing happens makes me think there not going to grow so i put in soil instead of throwing it away and bingo up sprouts a seedling a few days later not all the time but it does happen.
Current grow Zombie kush + Mr nice G13 x Hashplant + Afghan kush x skunk https://www.420magazine.com/forums/journals-progress/229551-3-strains-ready-xmas.html

Ozman said:
I would just plant the cheese in the soil and see if it comes up ,too long in water will drown it ,best to put straight into soil if it comes up bonus if not well atleast you know you didnt drown it

Many times i have soaked in water and nothing happens makes me think there not going to grow so i put in soil instead of throwing it away and bingo up sprouts a seedling a few days later not all the time but it does happen.
Click to expand...

I only let her submerge for a few hours last night and then took her right back out... she slept back in her paper towel blanket last night..This morning I let her go back in for a swim...gonna take her back out of the water in roughly an hour and back to the towel while I work... If she doesn't look like she is gonna pop when I get home; I may just Germ another Strawberry Blue, since those are very prominent and is most likely to be able to catch up with the rest
J

A couple of the seedlings maybe should have germinated a bit longer, Sharks Breath and Trainwreck seem to be a little weak at the moment. Red Diesel seems to be doing ok... all three of those still have the shell casing around them, been trying to assist them a little with no luck.. Strawberry blue is strong and perfect... Still no signs of life with the Cheese... maybe time to Germ some more seeds...

With some further persistence, I got the shells removed from Trainwreck and Red Diesel... Hope I didn't damage Trainwreck tho... she pulled out of the soil and I had to re-plant her after removing the shell.... :yikes:
J

Red Diesel is still ITTY ITTY BITTY... shell has been removed but water leaves have not opened up yet... has some green color to her, but she is still a weakling and is struggling slightly.

Sharks Breath did not make it all...she didn't take root at all...she is out of the game! Really sad to see her go...was kinda looking forward to trying something I have not ever had before

Strawberry Blue is going strong, very healthy! NODE's 1 & 2 strongly visible, node 3 can been seen in close-up, and 4 under magnification

Trainwreck is on about a 60% survival rate at the moment... Shell was removed, water leaf on one side is open, but the other side has some weird growth for a water leaf...that side may not produce a proper water leaf if at all...however slowly but surely under magnification I can see growth of what appears to be the 1st NODE

Cheese still has popped from her shell...I did go ahead and plant her in some soil though... I think she MIGHT pop..today I grabbed her with some tweezers and pulled her back out for a quick look, and I could see what I thought was a sign of her popping out a tap... nothing protruding out of the seed, but looked to be a slight crack with some white behind it....didnt examine to thoroughly because I didnt want to damage any possibility.

To replace the Sharks Breath - I Have a White Widow germ'n

So I guess if Cheese decides to sprout; this may go from 5 flavors to 6; that is IF Red Diesel doesn't end up like Sharks Breath (I sure hope not :32: )... which means I might need to get a few things to accommodate the 6th.
But if Red Diesel decides to kill over... I have a "Blue Cheese" on stand-by (Note: NOT the same as "Cheese")

Photos to be posted soon!
J

Well I have decided not to Germ the "Cole Train" ...I Pulled cheese back out the soil with some tweezers, and she has cracked open and I can just ever so slightly see a Tap Root Starting!!!!

The Main reason a pulled back on the Cole Train was mainly because I was setup for 5 and didnt really have what I needed for a 6th... Cole Train will be put in reserve just in case "Red Diesel" doesn't make it; But she is gaining some better color, so she might pull through!
J

Well here are some photos 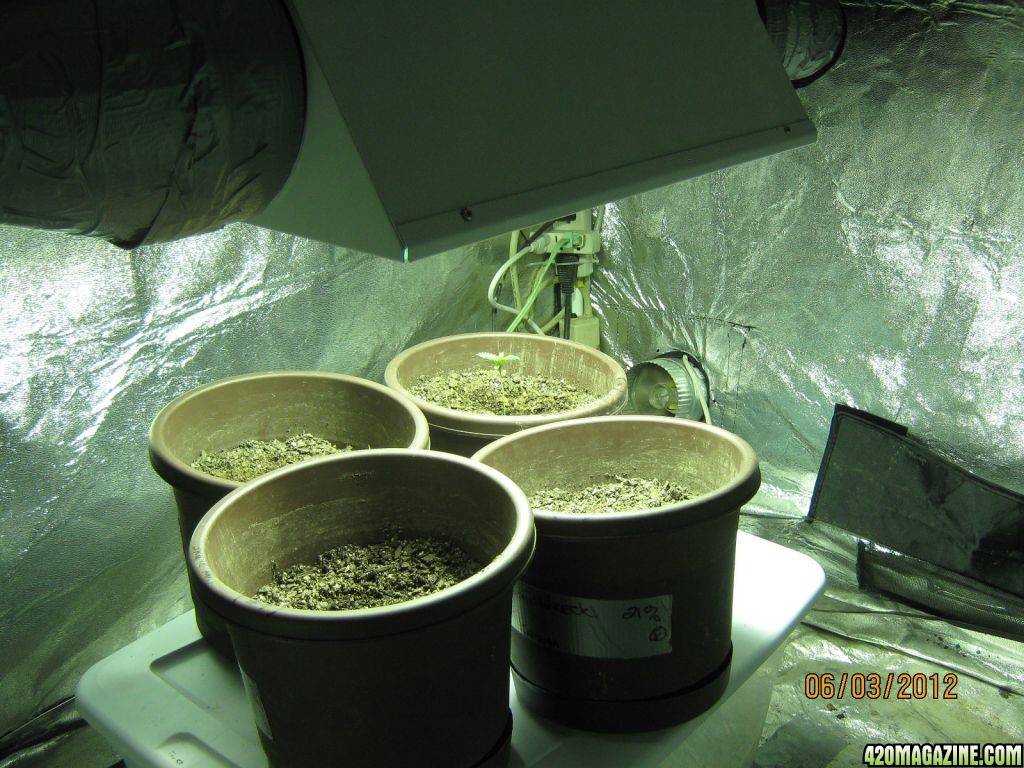 Now Waiting on White Widow to join the Group
Click to expand... 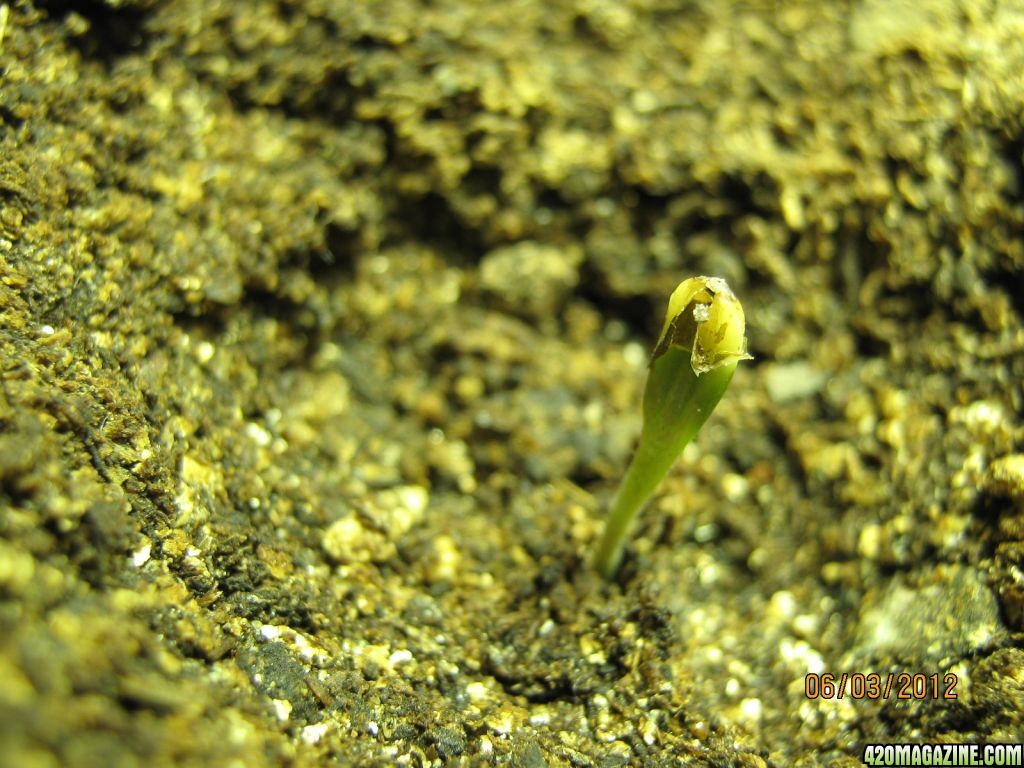 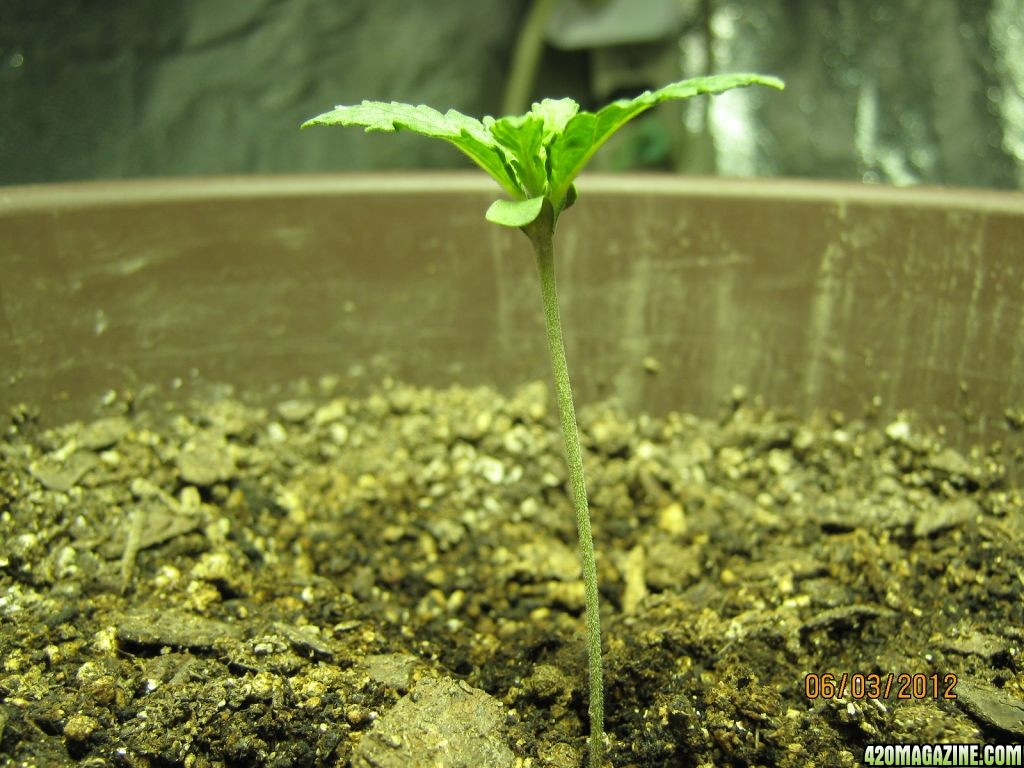 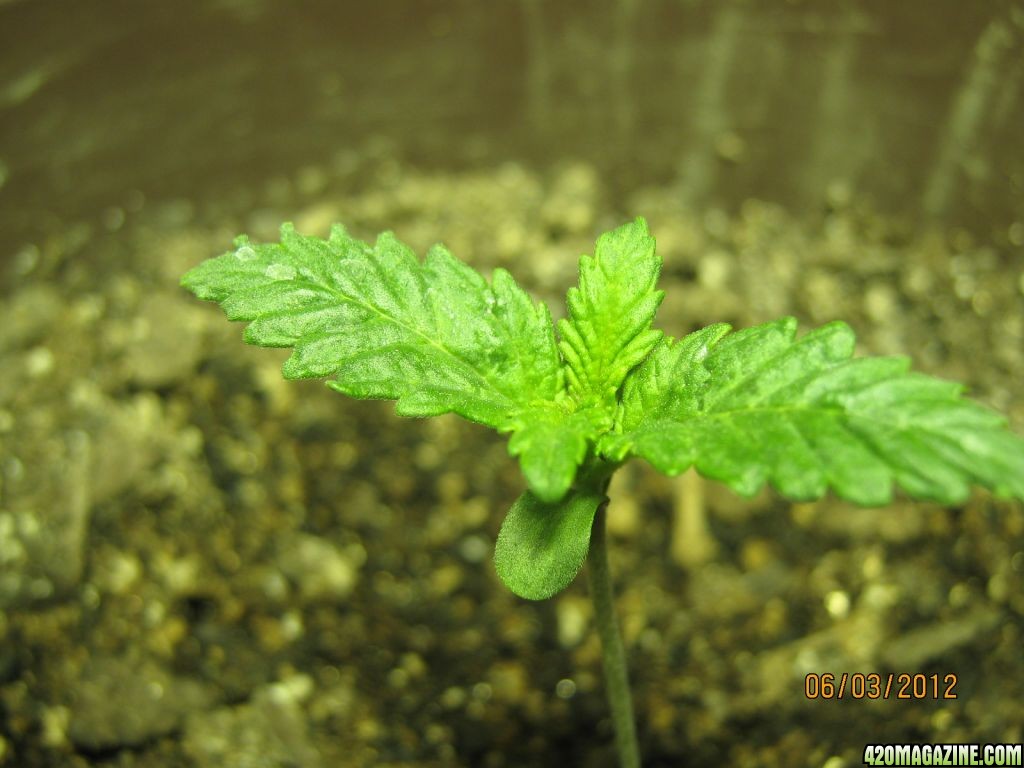 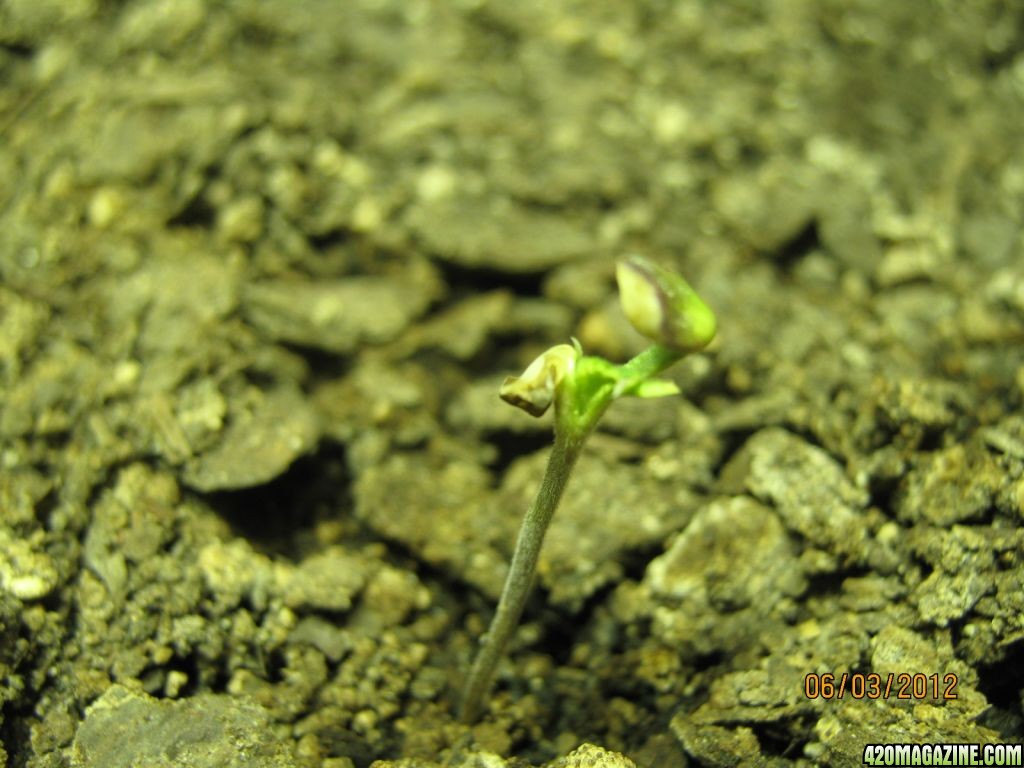 A little deformed; but gonna make it
Click to expand... 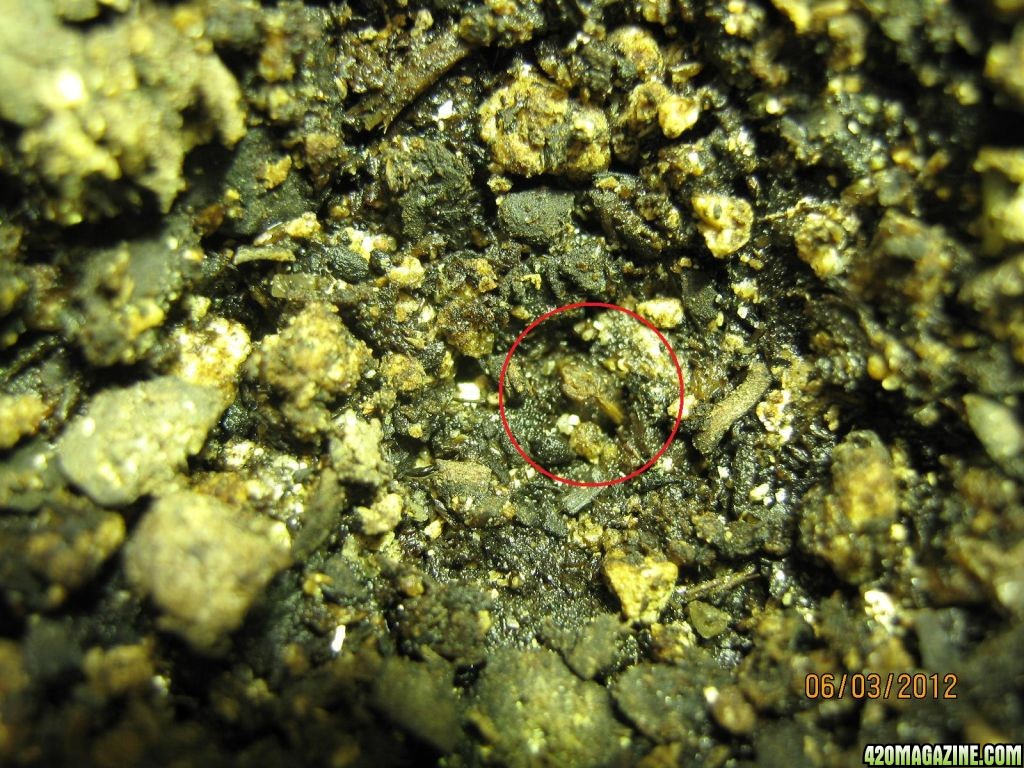 Still buried in the dirt; But the shell has cracked and tap has started. Just another slow starter
Click to expand... 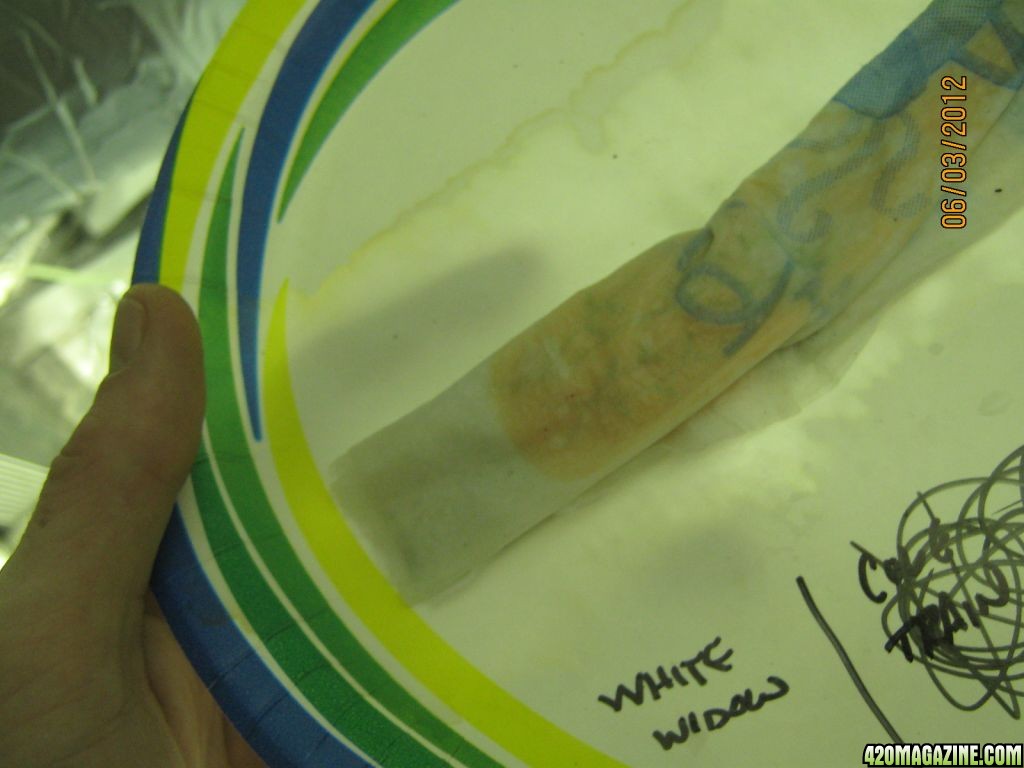 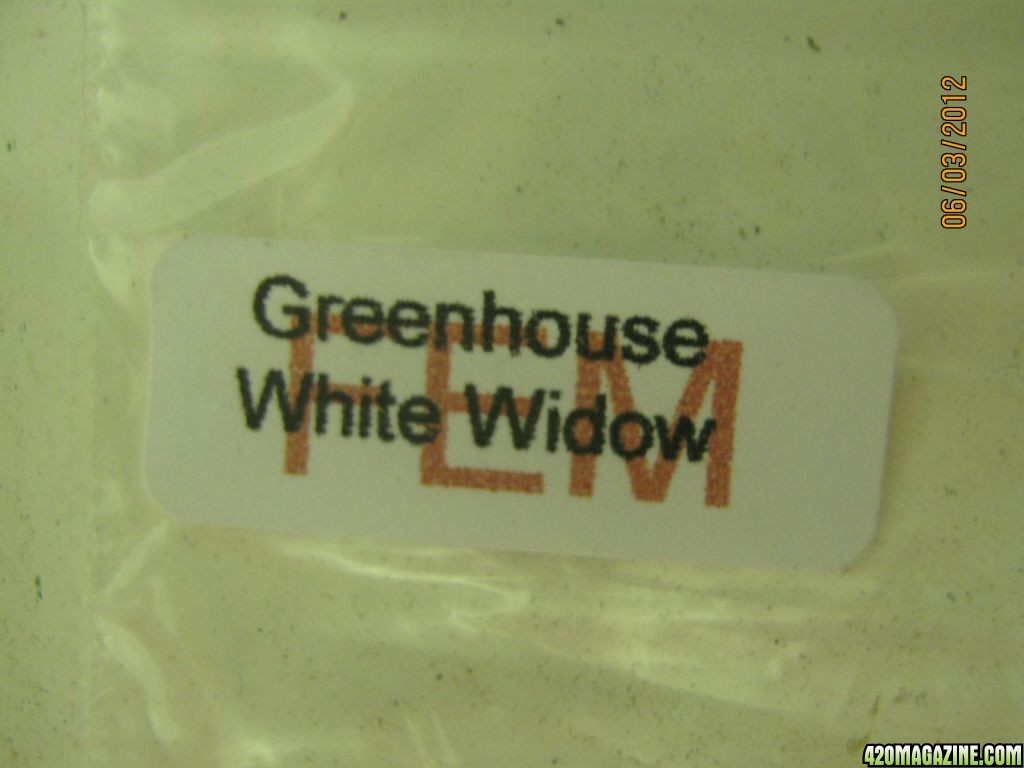 We be Germ'n to replace Sharks Breath
Click to expand...

Still small; But looking good, and a lot more healthy than before
Click to expand...

:21:She is definitely looking like a Trainwreck (pun intended, hahaha) However, deformity seems to be no match for her
Click to expand...

Just got moved from Germination and has found her home in a nice bed of soil and she is in the tent camping with her sisters
Click to expand...

:surrender:Still No progress; She popped open, got put in dirt, no progress...removed from dirt and re-germ'd...she started a tap root that never protruded past the shell before she had ever been put into the soil. I honestly think she is about a waste of time and is probably gonna get tossed and replaced with "Cole Train"
Click to expand...

Here is a Photo Update 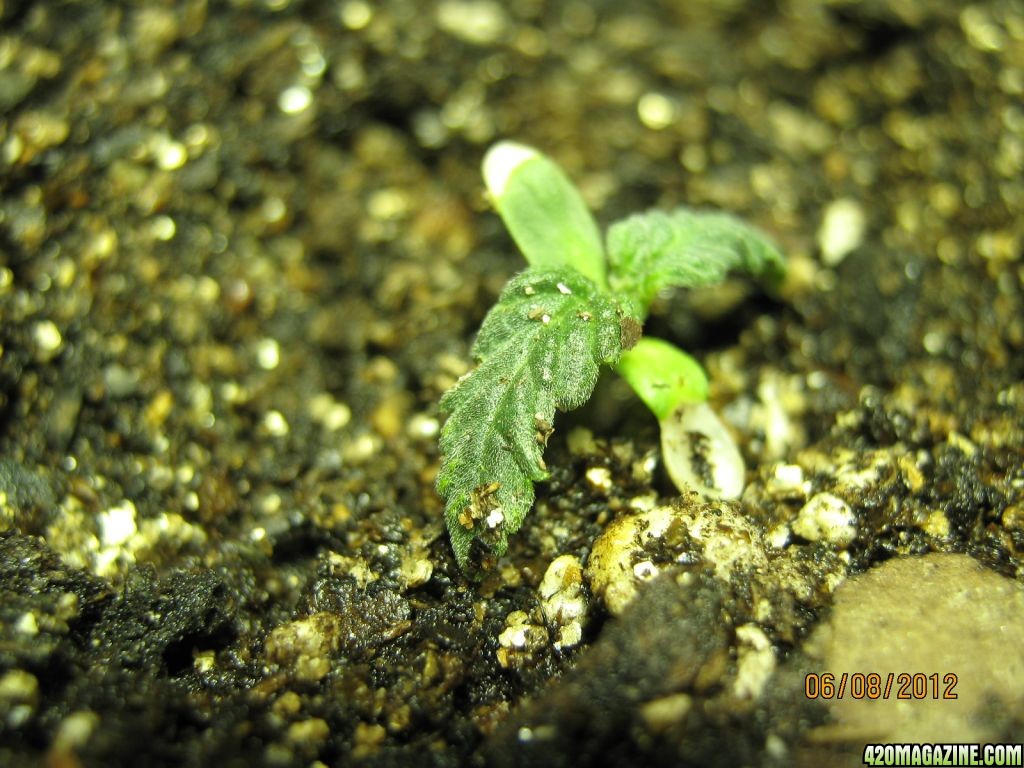 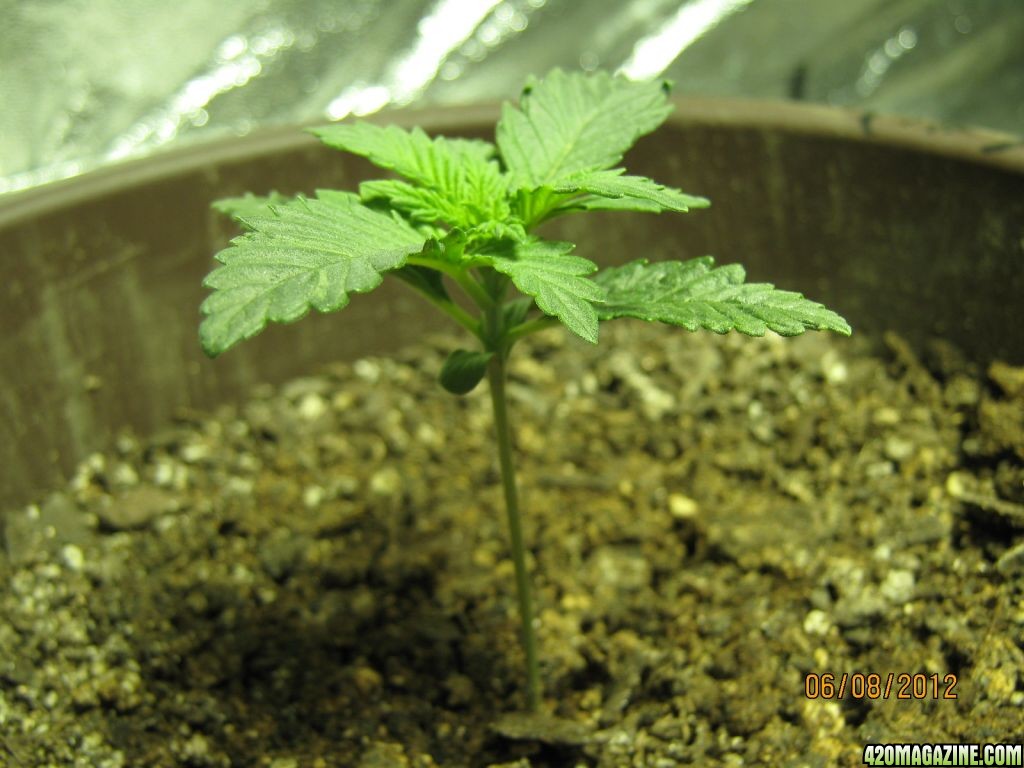 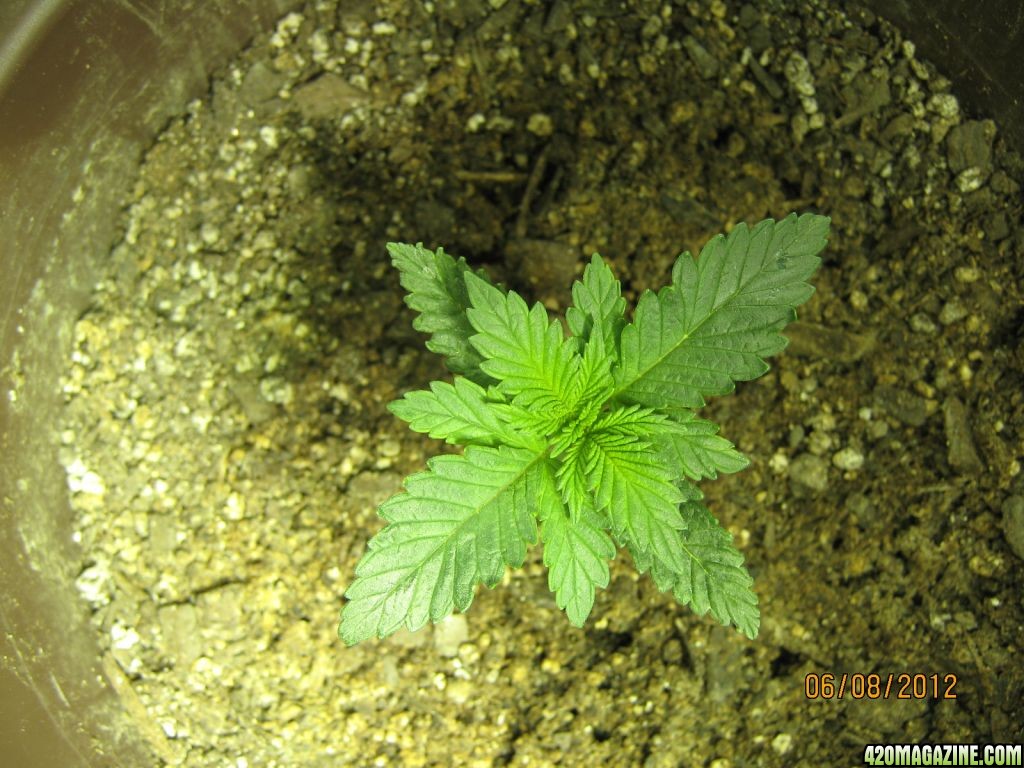 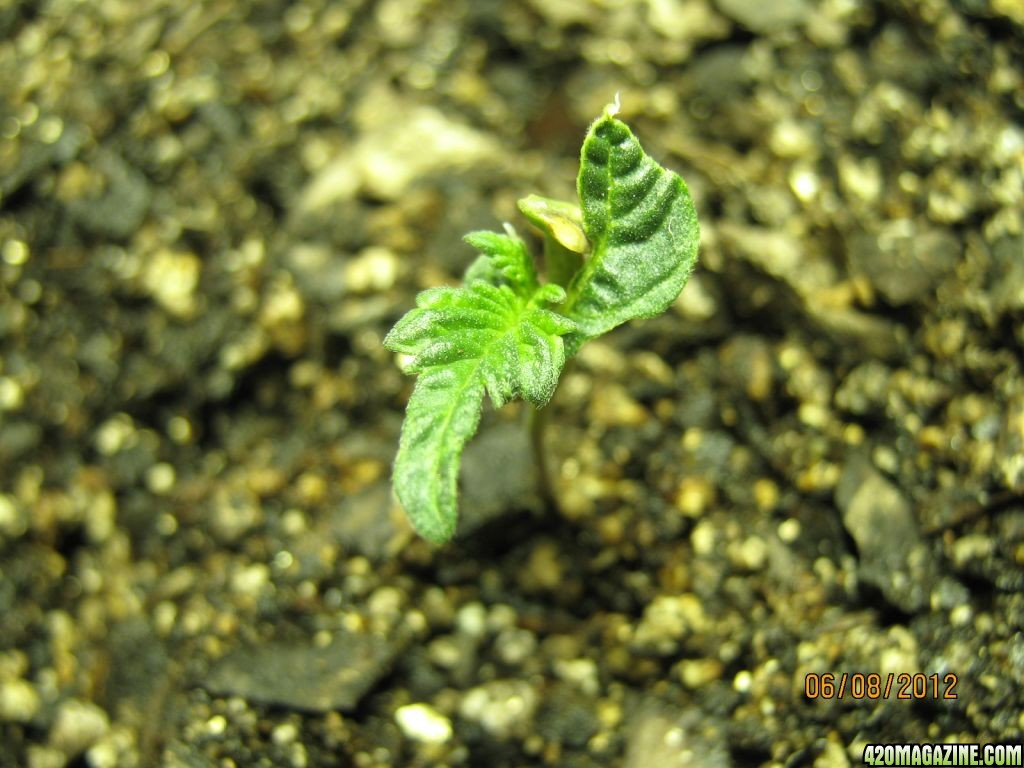 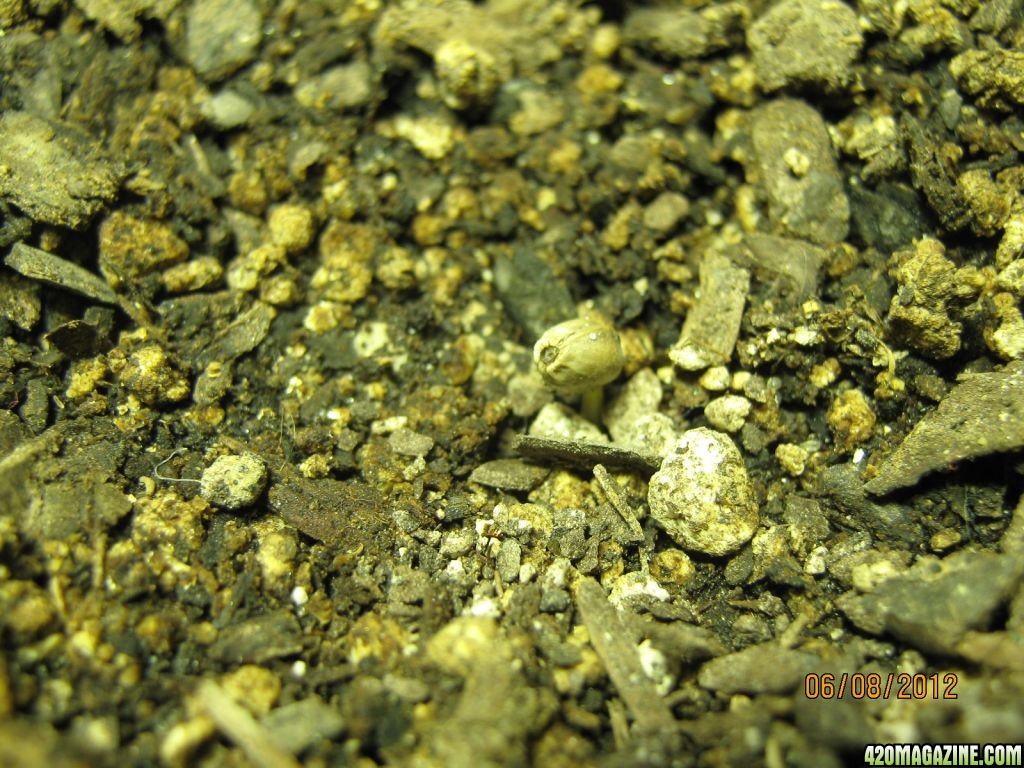 She has been thrown out for lack of cooperation and replaced with the strain below
Click to expand...