So these 3 plants were started by a friend here in south america who wanted to start a garden. They were started from seeds, but he lost interest in the project quickly so I claimed his plants. All three were unknown sex from seed. Luckily, after about 4 weeks of my own veg on top of his 3 weeks of neglectful veg, I have found pre-flowers. I have 3 females.

Now for genetics...
One is afgooey x g-13 supposedly
One is Bubba-goo(Bubba Kush x Afgooey) x Sour Diesel
One is Trinity

I am planning to put them all into a screen of green set up under 400w HID in a Secret Jardin grow tent starting some time around May 15th.

When these ladies arrived they were in small pots, barely alive and had become slightly root bound. I transplanted them into large, 11 liter pots with my own soil blend.

The ladies seem happy in their new soil. They have shot up. The Goo-13 is certainly the tallest, by nearly 5"s I have super cropped and topped what were already slightly mangled and mistreated plants but looks like they will produce. They may not be pretty, but hopefully they will get 'er done.

I am limited to supplies, being in South America. So my only nutrient options are compost teas, poor quality commercial chemical fertilizers or biobizz products. Before spending money on biobizz, I am planning to pick the brain of an organic farmer down here who is originally from the pacific north west. I'm hoping he will have some suggestions for ways to make up some liquid fertilizers without paying an arm and a leg for "name brand recognition".

Thanks for stopping in. Pictures coming in the next 24 hours or so.

I'd love to see some pics, it'll be nice to compare them after a few weeks under your care!
1st Blue Dream indoor soil grow, check it out! (Plenty of pics)
L

Ok, so here are some quick snaps.

The first 2 are Trinity. 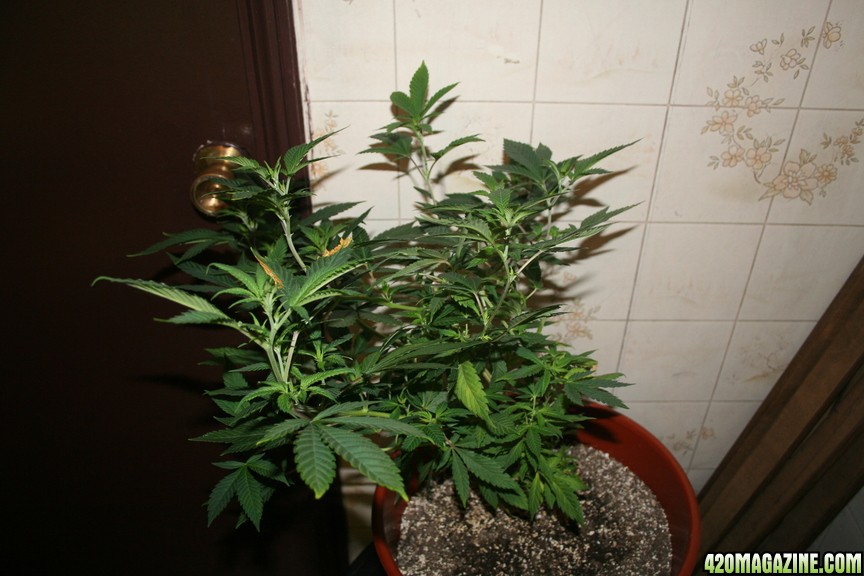 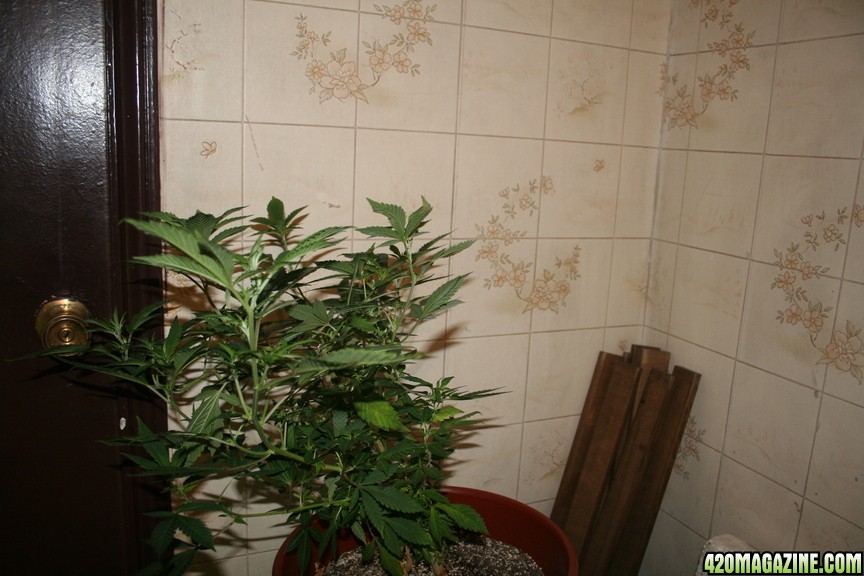 This lady seems to have a bit of a gangsta lean.


The Goo-13 is taller by quite a bit, so the screen is being made to fit her. She is tall and oddly shaped and will probably make it necessary to put the other 2 plants under the screen on risers. 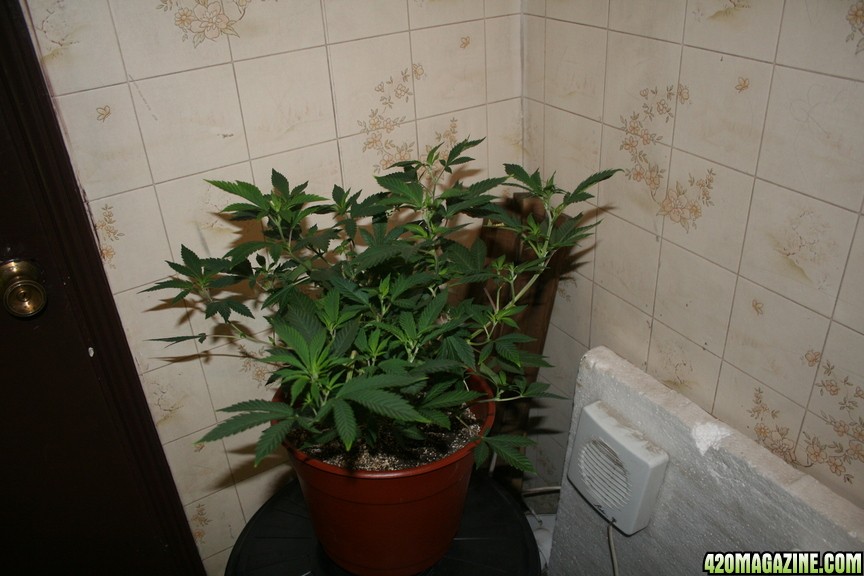 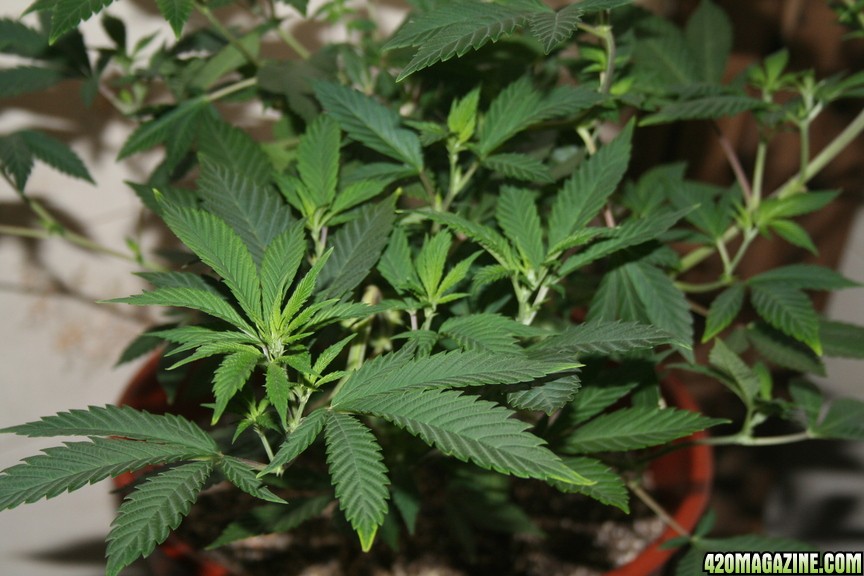 A last we have the super cropped and low laying BBxSG 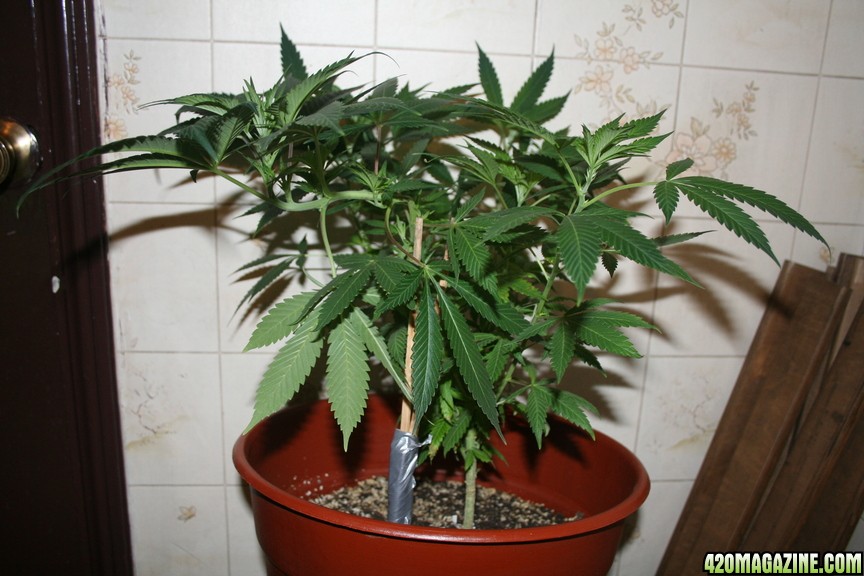 You can see the chopsticks used to support the branch after the super cropping. 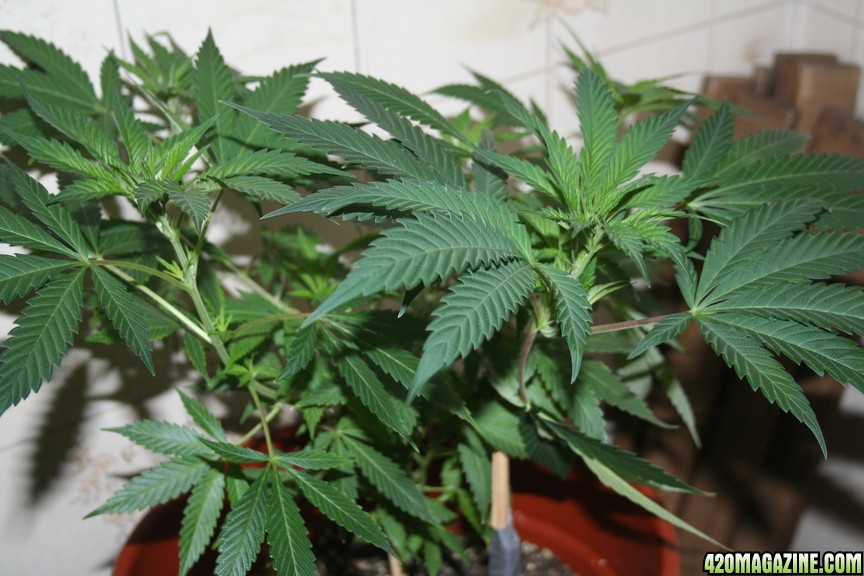 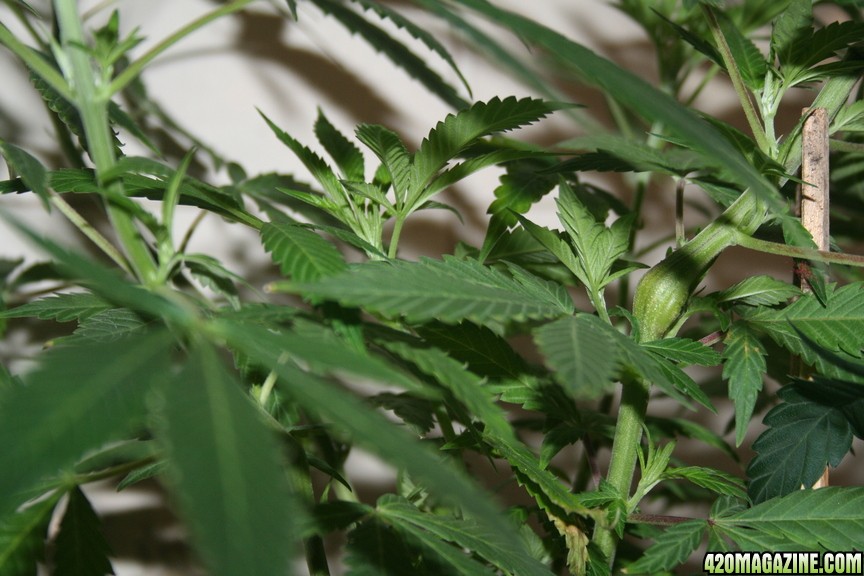 So those are some quick shots I took earlier. I'll post more once my tent arrives and I can set up properly.

Nice post LOvethatchron!!! Yours look to be about the same age/size as mine. They also look like they have been LST'd in the earlier veg weeks... Make sure you have no pests on them your bringing into your garden...I'm dealing with a small population of fungus gnats right now and it sucks @ss!!! Good luck with your grow and I will stay tuned to watch the progress...