4 Odd facts about marijuana that you probably never knew

1. Did Shakespeare write his plays stoned?
“To smoke or not to smoke” was apparently never a conundrum for William Shakespeare, for it seems one of the greatest playwrights and poets of all time didn’t mind a puff or two. In fact, there are chances he could have written his plays stoned!

Not convinced? Well, four pipes excavated from Shakespeare’s garden contained cannabis, suggesting, “the playwright might have written some of his famous works while high,” The Telegraph reports.

Some of The Bard’s work even includes mention of pot. “In Sonnet 76, he writes about ‘invention in a noted weed’, which could be interpreted to mean that Shakespeare was willing to use weed, or cannabis, while he was writing. In the same sonnet, it appears that he would prefer not to be associated with ‘compounds strange’, which can be interpreted, at least potentially, to mean ‘strange drugs’ (possibly cocaine),” the article adds. 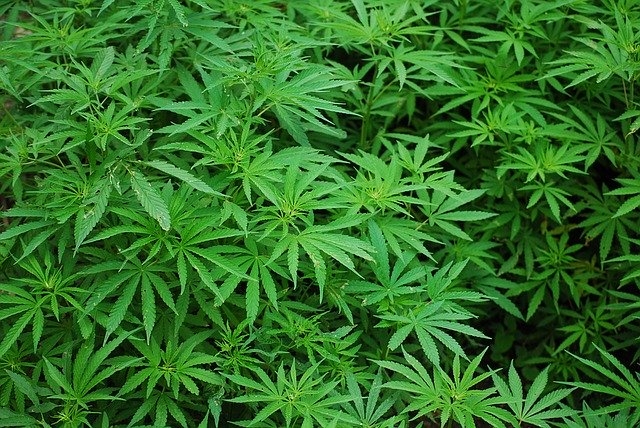 2. Cannabis used as a truth serum on World War II prisoners
Office of Strategic Services (OSS) in the U.S.—which was set up as a wartime intelligence agency that was later superseded by the Central Intelligence Agency (CIA)—was investigating various ways drugs could be used in the interrogation process during World War II. Cannabis was one of them.

“Officially, military intelligence asked the National Research Council to look into this, which they did by forming a committee to investigate,” High Times reports. Cannabis was one of the drugs that was experimented with, “spiked in the cigarettes and given to the detainees so that they spilled some secret information.”

3. Early U.S. presidents used to grow cannabis, not smoke it
Many cannabis enthusiasts believe the Founding Fathers not only grew cannabis, but also smoked it. “George Washington smoked it to soothe the pain of his false teeth, James Madison is said to have conceived the U.S. constitution in a haze of hemp smoke. James Monroe picked up the habit while in Paris and was reportedly puffing away on a hash pipe well into old age,” as per The GrowthOp article.


But when it came to using cannabis, there is no substantial evidence supporting the belief that any of the Founding Fathers toked. “Early American presidents may have been enthusiastic growers of low-THC hemp, and indicated as much in letters and editorials. But they grew the crop as a way to make rope and paper, not as a hallucinogen,” the article notes.

4. In Italy, cannabis is literally in the air
Traces of cannabis were found in the air of eight Italian cities: Bologna, Florence, Milan, Naples, Palermo, Rome, Turin and Verona.

In a 2018 study, researchers at Italy’s Institute of Atmospheric Pollution Research found “trace quantities of marijuana and cocaine in the air of all eight cities, with the highest total drug concentrations in Turin and the lowest in Palermo. Other substances monitored included nicotine and caffeine, which were also detected in all of the cities,” reports Live Science.

85% of all Americans are chronically dehydrated. In 47% of Americans (especially the elderly) the thirst mechanism is so weak it is often mistaken for hunger. Even MILD hydration will slow down one's metabolism as much as 40%. One glass of water shuts down hunger pangs for almost 100% of...
www.420magazine.com

Understanding Your High: The Effects Of Marijuana On Consciousness

A marijuana high usually lasts two or three hours, during which a wide range of effects may occur, varying both in intensity and quality. The usual, most noticeable effect is intensification of sensation and increased clarity of perception. Visually, COLOURS are brighter, scenes have more depth...
www.420magazine.com
Last edited by a moderator: Jul 13, 2020
You must log in or register to reply here.
Share:
Facebook Twitter Reddit Pinterest Tumblr WhatsApp Email Link
Top Bottom