Police, in a span of two days, have made 42 arrests associated with illegal medical marijuana dispensaries as part of a task force aimed to shut down pot shops near schools and residences. The beefed-up enforcement went into effect immediately after the City Council last week agreed to earmark $500,000 in overtime pay toward the task force, which includes the Santa Ana Police Department, the city attorney's office and code enforcement.

On July 16, police issued 27 citations and notices to appear in court for allegedly owning, managing, conducting, operating or being an employee or volunteer of the dispensaries, said Santa Ana police Cmdr. Ken Gominsky at a public safety and neighborhood improvement meeting this week. Police on July 17 focused on eight dispensaries in areas around schools, including El Sol Academy and Garfield Elementary, and arrested 15 people who were allegedly found to be either managing or volunteering at a pot shop.

Of the 42 people who were taken into custody, five were Santa Ana residents, Gominsky said. The others live in Foothill Ranch, Anaheim, Barstow, Garden Grove, Irvine, La Verne, La Puente and Huntington Beach, he said. Before the funding, the code enforcement staff handled the city's dispensary ban enforcement. The funding allows "for a more focused and organized approach in enforcement of the Santa Ana Municipal Code," Cpl. Anthony Bertagna said.

Santa Ana first banned medical marijuana dispensaries in 2007, but illegal pot dispensaries continued to set up shop in the city. After petitioners gathered enough signatures for a ballot measure that would repeal the city's ban on medical marijuana collectives, the City Council shifted gears. On a split vote July 1, council members proposed a competing ballot initiative to regulate such businesses.

On the ballot now are two initiatives to legalize and tax medical marijuana collectives:

- The Medical Cannabis Restriction and Limitation Initiative would set up a process for dispensaries to register with the city and, in return, pay a 2 percent tax. It also would let dispensaries operate only in certain zones and calls for at least one collective or cooperative for every 15,000 residents.

- The city-backed measure would require a 500-foot separation between collectives, which would only be allowed in two industrial zones. A 1,000-foot separation from schools, parks, and residential zones also would be required. Collectives will initially be charged a 5 percent tax, which could increase to 10 percent.

The task force was approved at the urging of Councilwoman Michele Martinez, who has been opposed to the ballot measure for not having a concrete enforcement plan. At the June 15 meeting, residents — many involved with Latino Health Access — aired their concerns over the possible legalization of the businesses and criticized the city for not doing more to enforce its ban. "It's a shame that people have to come from other cities to try to open up their businesses here," Santa Ana resident Aracely Robles said. "Why don't they go to their city council to ask that they provide those services? We can't permit other people to come here to make decisions for us.

"We are the ones who live here," she said. "We're the ones who have a problem with marijuana dispensaries." Residents from Orange, Garden Grove and Mission Viejo who use medical marijuana for various illnesses spoke of their need for such facilities. "The concerns I get is that you don't want people from other cities coming into your town. But, what about the patients in your town? Those residents have to go to other cities, which is why we're here too," said David Mason, a Garden Grove resident and medical marijuana patient, who opposed the ban. "I am searching from town to town to find places where I can get it (medical marijuana)," Mason added. 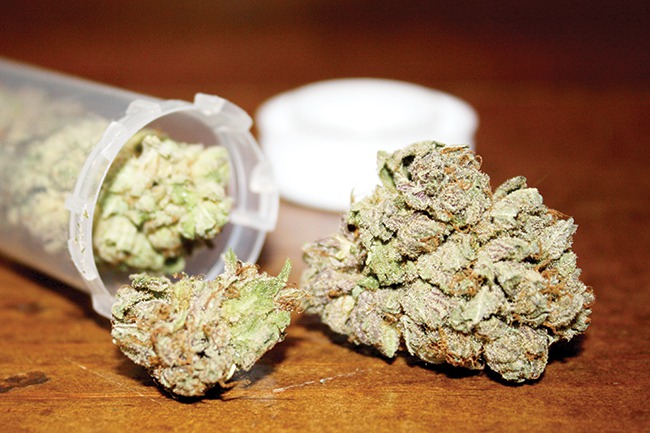 Appreciate the articles! Great stuff. Interesting how the tax payers get to foot the bill to the tune of $500k to pay LEO in one city, while Desert Hot Springs is actually reconsidering its ban in order to help fund the payroll for their own PD. Oh the irony