Aimee Polacci, garden resource manager for Peace in Medicine Healing Center in Sebastapol, California.
Peace in Medicine marijuana dispensary is a clean, modern operation in a former auto dealership, and has more registered patients than the town has residents. It could easily be mistaken for a doctor's office, if not for the three security guards and overwhelming skunky smell of pot. The lone medical marijuana dispensary in this Northern California wine country enclave has become such a pot destination that it has more patients on its rolls than the town has people. But local officials view the business as a welcome addition to the community and a strong source of tax revenue during the recession. The surge in medical marijuana in California has left many communities scrambling to regulate the free for all, while others are trying to ban the drug altogether. The issue took on greater urgency after the Obama administration announced looser federal marijuana guidelines last month. 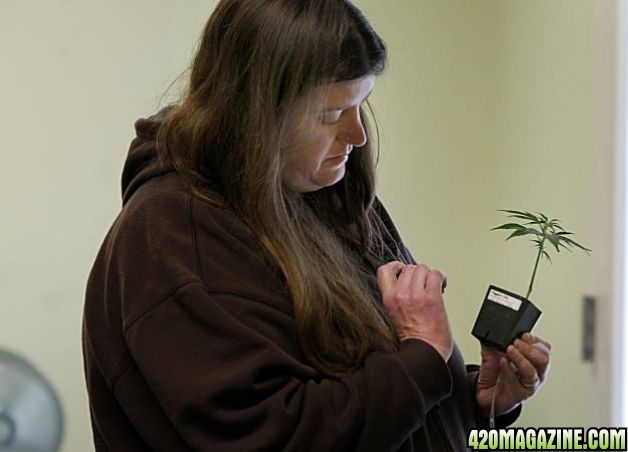 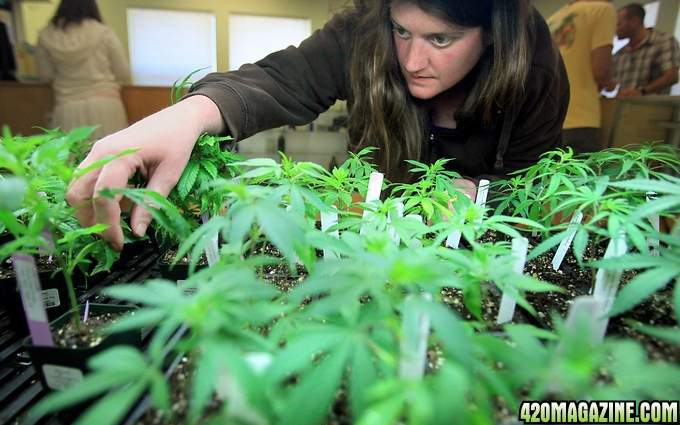 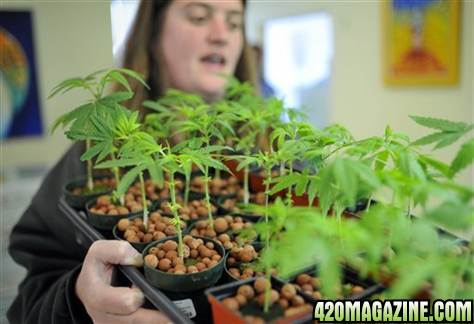