Sitting at the kitchen table in her wheelchair, arms useless at her sides, Cathy Jordan begins another day with amyotrophic lateral sclerosis, Lou Gehrig's disease. She turns expectantly to her husband, Robert, who fires up a pungent joint and holds it to her lips. Smoke curls through her blond hair as she inhales, holds and exhales. Jordan is well into her third decade with a disease that often kills within five years. She credits marijuana with slowing progression of the condition that destroys nerve cells, ultimately leading to total paralysis and death. "This is keeping me alive," she says. It also eases her symptoms such as muscle stiffening, drooling and chronic lung congestion. How does she know it's working? Whenever she is hospitalized and can't have pot, the symptoms come back. Jordan, 63, is a medical anomaly for how long she has survived with ALS. She is also a criminal, breaking the law with every puff. - Tampa Bay Times 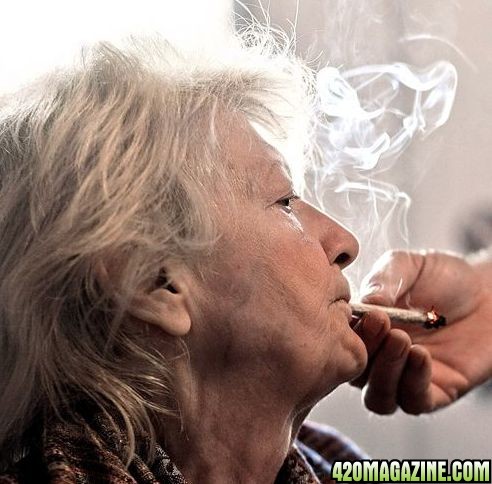