Cheri Hackett, co owner of BotanaCare, carries bags of the company's sample packs of various strains of marijuana prepared for the store opening in Northglenn, Colorado. 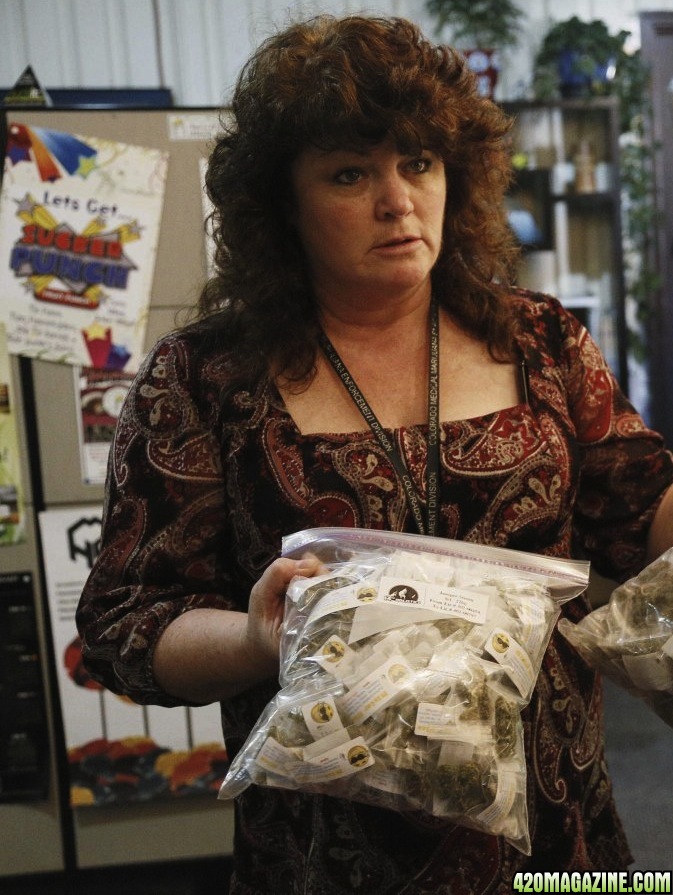 Cannabis plants being grown for both medical and recreational marijuana crops take 120 days to reach harvesting readiness. Here, BotanaCare Medical Cannabis Center co owner Cheri Hackett stands with some of the plants that are almost ready for harvest in a growing area at the back of her Northglenn combined medical pot dispensary and retail recreational marijuana store. - Fort Morgan Times 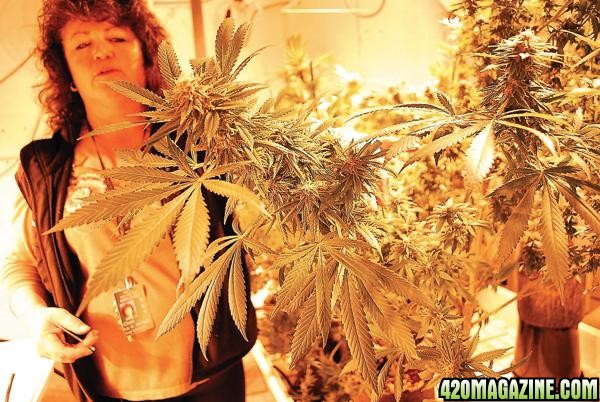 BotanaCare Medical Cannabis Center's bud tenders use this white board to keep track of where the plants are in the growth cycle and what types of care and treatments they need from hour to hour, day to day, week to week, etc., according to co owner Cheri Hackett, shown here. - Fort Morgan Times 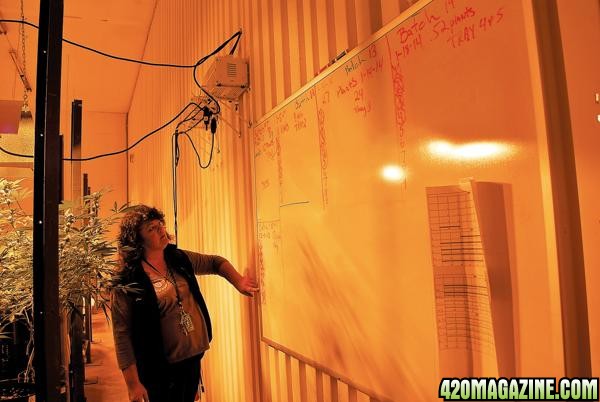 Pot, marijuana, cannabis or weed, it's all slight variations on a plant. Yet walking into a newly legal recreational pot shop can still be intimidating given the dizzying array of choices. Some shops have a discerning collection of bud. Nine or 10 carefully chosen strains behind the counter in hospital-like jars. Some have triple that amount. Add in the vaporizers, pipes and edibles, from suckers to brownies, puppy chow (a snack for humans, not pets) to gummy bears, chocolates to tinctures, and the selection alone can be somewhat overwhelming. Marijuana is most often classified via strains. "Pineapple Express" was a James Franco movie, but it was a strain before that. "Maui Waui" is a Kid Cudi hit, but it's also a popular strain. The biggest strains in Denver right now, according to industry site leafly.com are Blue Dream, Golden Goat, Flo and Sour Diesel. Most types of cannabis are broken down as indica or sativa. (Maui Waui is a sativa, Purple Kush is an indica.) Think of sativas as high-energy, awake, daytime strains and indica as late-night, couch-lock, sleepy strains. - The Denver Post - Cheri Hackett pitured left 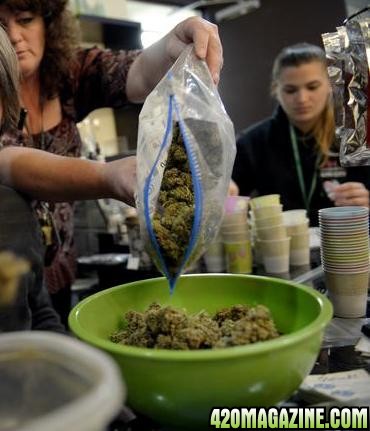 Jan 1, 2014
The General
T
T
Pot Shops In Denver's Suburbs Fewer And Farther Between Than In City