Pot is NOT harmful to the human body or mind. Marijuana does NOT pose a threat to the general public. Marijuana is very much a danger to the oil companies, alcohol, tobacco industries and a large number of chemical corporations. Various big businesses, with plenty of dollars and influence, have suppressed the truth from the people. The truth is if marijuana was utilized for its vast array of commercial products, it would create an industrial atomic bomb! Entrepreneurs have not been educated on the product potential of pot. The super rich have conspired to spread misinformation about an extremely versatile plant that, if used properly, would ruin their companies. Cheryl Burns of Forever Green displays her hemp wares Wednesday at the GreenRush Conference in Vancouver. - The Occult Truth 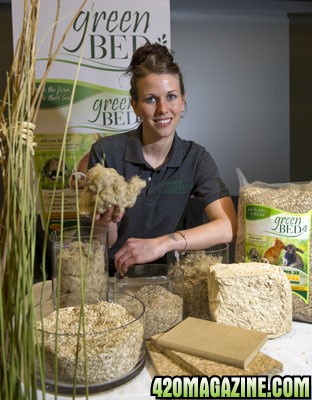