Danielle Baldwin shows off strains of medical marijuana Thursday, Oct. 2, 2014, kept at Puffs Smoke Shop in Ashland, Oregon, which is seeking a license as a medical marijuana dispensary. The city of Ashland is one of more than a dozen around Oregon that have imposed or are planning to impose a tax on marijuana if voters legalize it in November 2014. Though the measure prohibits anyone but the state from taxing marijuana, the cities hope by enacting a tax before the voters decide, their taxes will be grandfathered in. - The Times Union 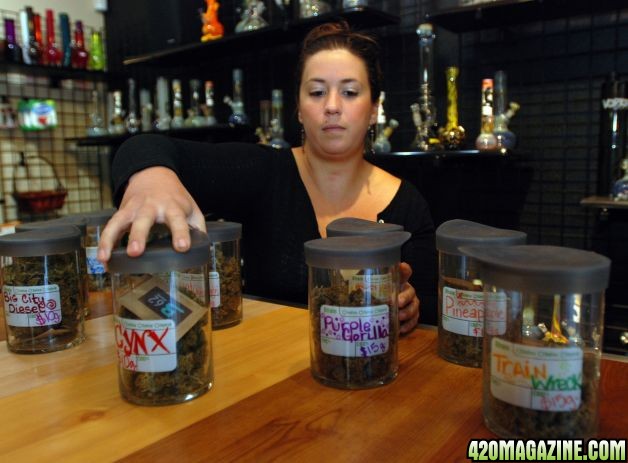 Sarah Reidy, a budtender at GreenLeaf Farm, isn't yet sure whether medical marijuana will be a part of her career future, but it's a possibility. She is only one of many in a semi-new job field. She's a junior at CU, majoring in English and political science, and planning a law career. She has already done an internship with Robert Corry, a Denver lawyer specializing in medical marijuana, and she's also development director for the National Association for the Reform of Marijuana Laws at CU. After having seen the legal side of medical marijuana, Reidy, 20, decided she wanted to get a look at the industry at the dispensary level. Each story is different as these girls forge a new job empire. Some learning to run their own store in the future. - Danielle Baldwin pictured 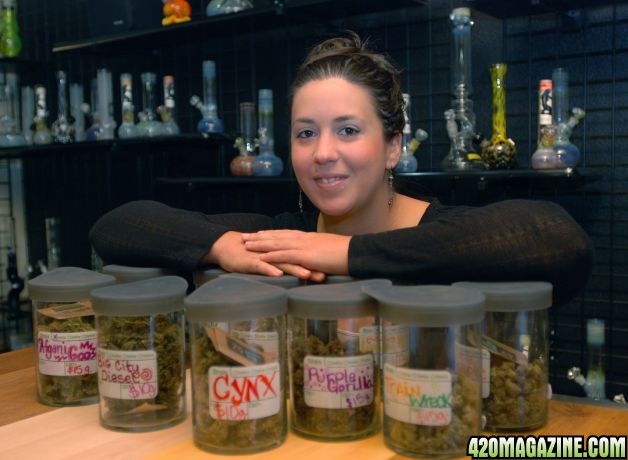