Budtenders are the social networkers, customer service representatives and the teachers. Budtenders are knowledgeable in the cannabis craft and are serviceable to clients. Clients are patients who have been prescribed marijuana by their doctors, and they go to the dispensary to purchase their medicine. Budtenders establish relationships with these clients so that they keep going back to the dispensary. They ask the client questions and listen to how they feel and what they want. Then, they make a decision according to what strain is best for the client's individual needs. The budtender is the main sales rep on the floor, he is the educator and the cannabis botanist. - Jenn Villareal pictured 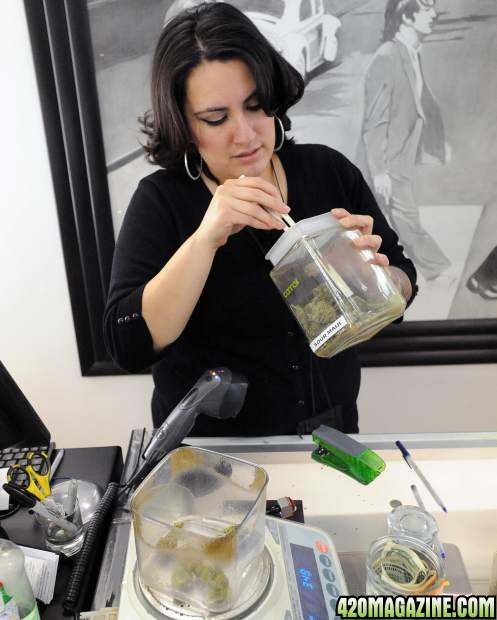 State regulators and local governments had to hit the ground running on the marijuana issue. After voters statewide passed Amendment 64 by a 55-45 percent majority, a series of meetings in Denver and throughout the state commenced that were aimed at getting a completely new industry up and running. No other state besides Washington was working on a similar effort. Out of those seemingly endless meetings came a regulatory framework that outlined exactly how the new industry would work, be taxed, be monitored, and how businesses would function. From the thousands of pages of ordinances, definitions and applications emerged a 144 page document that explains everything there is to know about business licenses, grow operations, surveillance and even waste disposal. - The Greeley Tribune - Jenn Villareal pictured 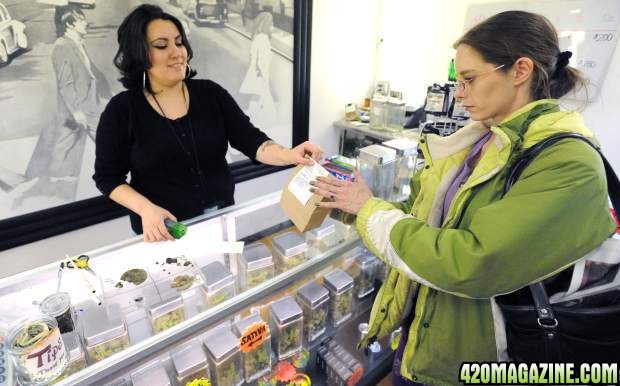 Budtending Offers An Entry-Level Job Opportunity In The Marijuana Industry