Kathy Parkins of Seattle owns her own cannabis baking company. Here she puts a few drops of a marijuana tincture into a spoon for a customer to sample at the Seattle Cannabis Farmers Market. In many ways, medical marijuana entrepreneurs are no different than any other business start-ups. They need a business plan, venture capital and a fair dose of fortitude. They also are likely to have something not generally found in most small-business owners, an activist streak. More than half (58 percent) of those in the burgeoning industry say they started their businesses to promote expansion of medical marijuana or outright legalization, according to a report released last month analyzing the growing market. Only 12 percent said financial opportunity was their primary motivation. 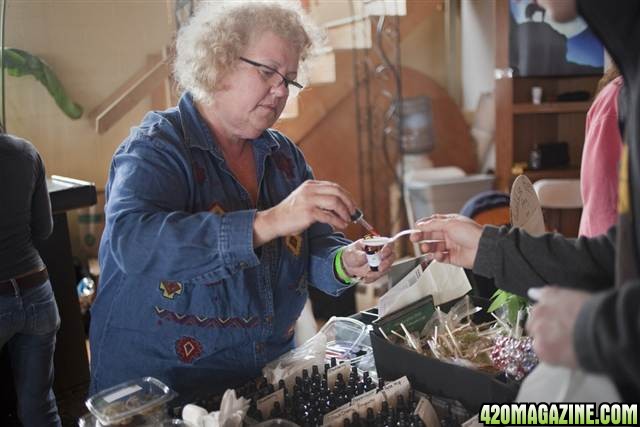 Several times a week for the past two years, felons on supervision have asked the Department of Corrections for special permission to use medical marijuana. Some of the requests, which are signed by doctors, are vague, listing "chronic pain" as the reason for the drug. But others describe agony, anorexia from AIDS or chronic vomiting from chemotherapy. As regular as rain, the state's Department of Corrections (DOC) has turned down nearly all of them. Out of 320 requests, seven people have received permission, a select group that includes a forger wasting away from AIDS and a white haired grandmother named Kathy Parkins with fibromyalgia. A small but frustrated group of advocates, attorneys, physicians and patients say the DOC is ignoring the state medical marijuana law by substituting its judgment for that of doctors who recommend the drug. The policy, they say, is ripe for a legal challenge, although none has been filed. The DOC takes a jaundiced view toward many of those notes recommending medical marijuana. 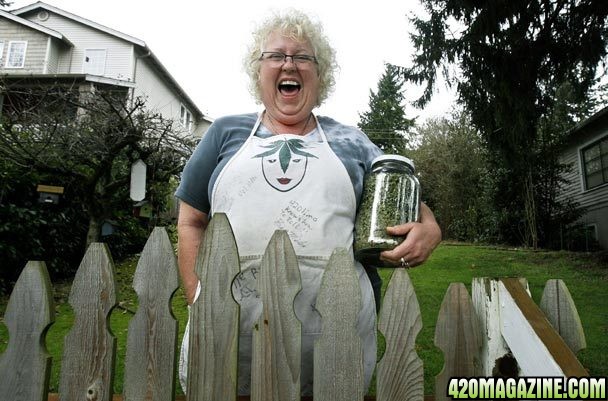 As early as 1972 The National Commission on Marijuana and Drug Abuse concluded that while marijuana was not entirely safe, its dangers had been heavily overstated. In 1995, based on thirty years of scientific research, editors of the British medical journal Lancet concluded that "the smoking of cannabis, even long term, is not harmful to the health." In fact, smoking marijuana helps to reduce the nausea of cancer patients undergoing chemotherapy. It also stimulates appetite in AIDS patients and many more benefits of marijuana keep showing up even today. Today many people use marijuana as a medicine. Although it is illegal, they risk being arrested and they could even go to jail but its obviously worth it for these people. Why would you take away a medicine that helps ease the pain for incurable diseases, let these people smoke their weed and enjoy the time they have left without pain so they can spend their last few years being happy. - Kathy Parkins pictured 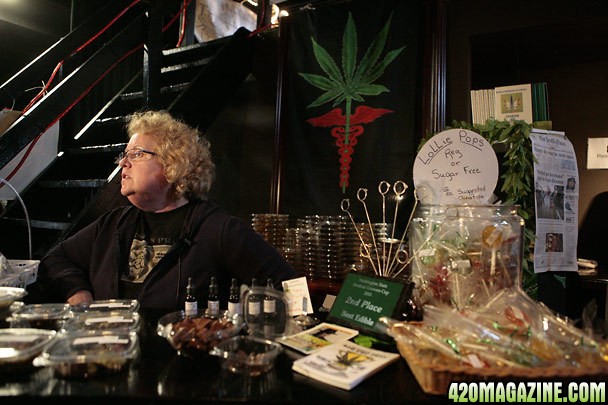