Mary Jane Rathbun, became known as the grandmotherly Brownie Mary who handed out brownies laced with high grade marijuana to sick people to relieve their pain and nausea. She was 77 when she passed away in 1999 and lived in San Francisco. Mary Jane campaigned on the local, state and national level to legalize marijuana for medicinal purposes. She baked the brownies in the small kitchen of her home in a housing project for the elderly in the largely gay Castro neighborhood of San Francisco. She called them original recipe brownies and magically delicious. In one raid on her home in 1981, the police confiscated 54 dozen of them, along with more than 18 pounds of the marijuana, donated by growers. - The New York Times 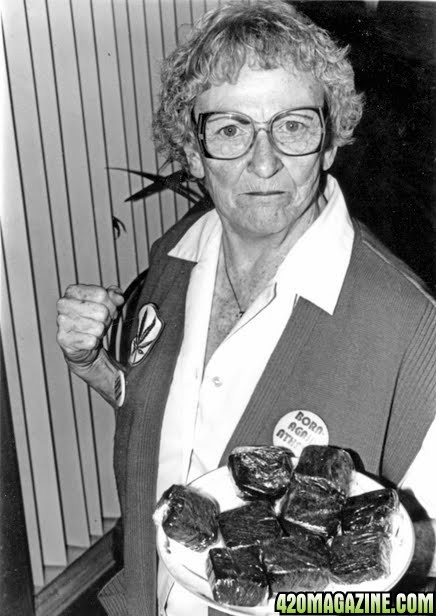 Where is Mary Jane?