A journey of a thousand miles begins with the first step and each day Michelle's feet hit the ground running with the conviction of a true leader. Leading by example was her modus operandi and she set the bar high, intimidating some, but inspiring many. With a can-do approach and hands-on talents, she has become synonymous with Medicinal Marijuana in Canada and the world. "To dispel one myth, I've smoked tons of good marijuana and never once got wasted." Michelle used pot daily to control her symptoms and she's not a dope. We are the future and we need your help, take that first step and see where your journey takes you. 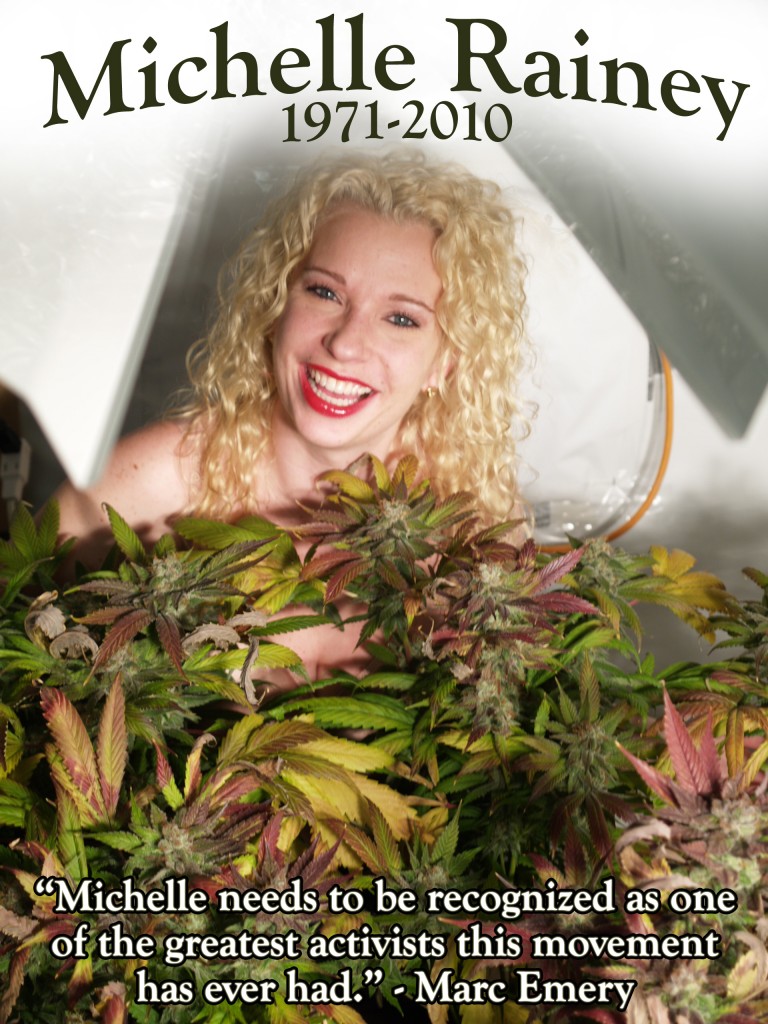 The cannabis movement lost a great friend October 20, when the beloved Michelle Rainey, 39, lost her battle with cancer. Rainey was a dedicated and familiar activist in the Canadian movement. Known as "Medicinal Michelle" because of her dedication to the medical applications of marijuana. She used cannabis to fight Chrohn's Disease and replace high doses of dangerous pharmaceuticals. When diagnosed with cancer, she continued her mission of education and inspiration by telling people about her positive experiences with therapeutic cannabis. Rainey was revered as one of the most vocal and recognizable activists in the world. A founder of the BC Marijuana Party, she ran as a candidate on its platform and helped many other candidates as well. She was instrumental in the Marc Emery Seed Company and Cannabis Culture magazine. On July 29, 2005 she was indicted by the US government on conspiracy and money laundering charges with Emery and Greg Williams. Emery is now serving a five year sentence for these charges. - West Coast Leaf