Pauline Sabin, the first woman to sit on the Republican National Committee, said in regard to prohibition in 1932. "The young see the law broken at home and upon the street," she added. "Can we expect them to be lawful?" Sabin was the founder of the Women's Organization for National Prohibition Reform that helped legalize the sale of alcohol. She graced the cover of Time magazine in 1932 for inspiring the movement to overturn the disastrous eighteenth amendment that helped finance Depression era lawlessness. Republicans could take a page from her playbook on the issue of marijuana prohibition today. With non-violent arrests occurring every 36 seconds, overcrowding our prisons, and depleting billions of dollars from our federal and state coffers every year, we, all Americans, should consider prohibition repeal as critical to the state of our nation as debt reduction and healthcare reform. 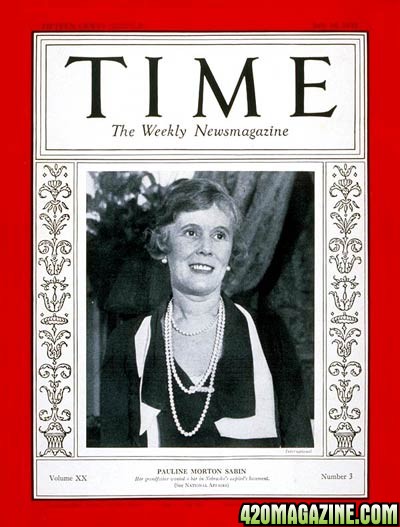 What Prohibition Can Teach Us About Marijuana Legalization