There is no compelling evidence that marijuana contributes substantially to traffic accidents and fatalities. At some doses, marijuana affects perceptions and psychomotor performance, changes which could impair driving ability. However, in driving studies, marijuana produces little or no car handling impairment, consistently less than that produced by low to moderate doses of alcohol and many legal medications. In contrast to alcohol, which tends to increase risky driving practice, marijuana tends to make subjects more cautious. Surveys of fatally injured drivers show that when THC is detected in the blood, alcohol is almost always detected as well. For some individuals, marijuana may play a role in bad driving. The overall rate of highway accidents appears not to be significantly affected by marijuana's widespread use in society. - Rose Megill pictured 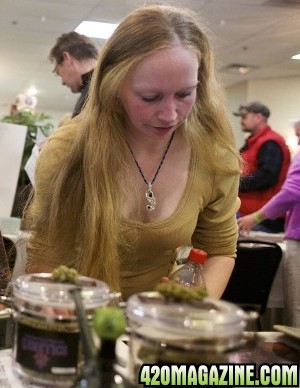 Marijuana and Driving: A Review of the Scientific Evidence

The effect of cannabis compared with alcohol on driving