Human Collective Executive Director Sarah Bennett makes a legal transfer of medical marijuana to a member of the clinic in Tigard. Patients have a choice of types from different growers, and they pay a fee that covers the cost, minus labor, to produce the crop. All of those funds go directly to growers. To be a member of Human Collective, a person must be a registered member of the Oregon Medical Marijuana Program. Human Collective is in an unassuming, mostly unmarked building space off Pacific Highway in Tigard, Oregon. Earlier this year, Bennett opened Human Collective, a nonprofit organization that aims to connect card holding patients in the Oregon Medical Marijuana Program with licensed growers for quicker access to the medicine. The clinic also offers a program where patients can receive small amounts of donated marijuana for free. - The Oregonian 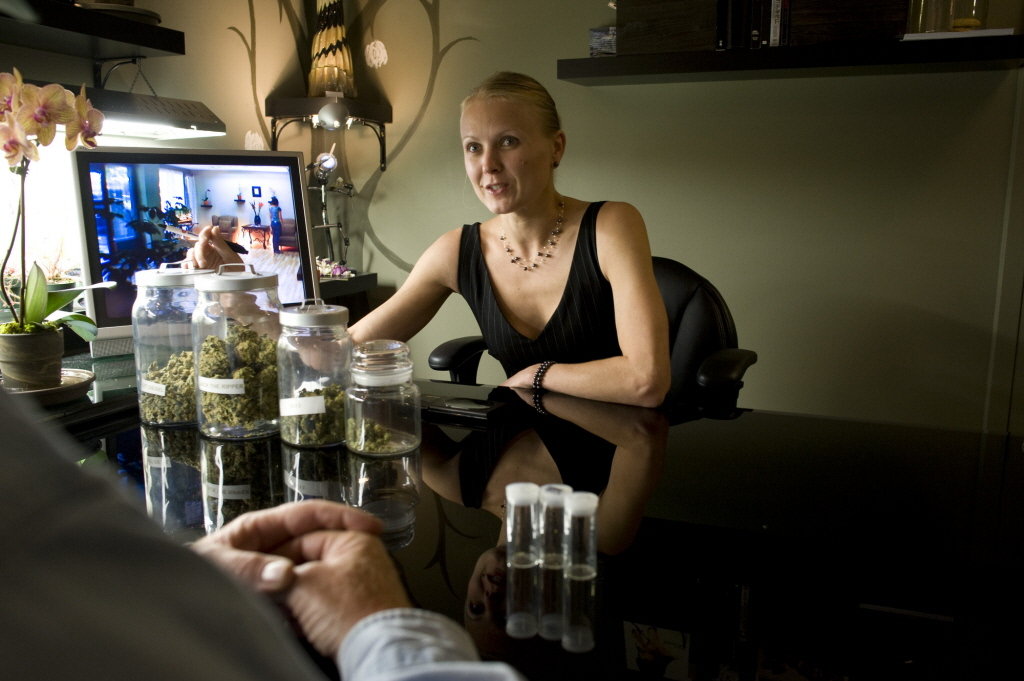 Sarah Bennett wanted to change the world. On Tuesday, June 10, the Portland mother pleaded guilty to felony possession and misdemeanor possession of marijuana after her medical marijuana dispensary in Tigard was raided and closed two years ago. "It brings an end to Washington County's attempts to convict us of multiple felonies for providing medicine to patients," Bennett said on Wednesday. "It was a win on both sides. It was a fair settlement, and now it is time to move on." Sarah Bennett has long been an advocate for legalization and has worked with legislators on ways to regulate the industry. "Looking forward, we are very excited to ensure that patients have the safe access that they need," she said. Bennett's attorney Amy Margolis said Bennett has become a major player at the table. Legislators consulted with her on how to craft the medical marijuana dispensary law while her charges pended. Pot shops have operated in a legal gray area for years. Medical marijuana cardholders were not allowed to purchase the drug, but could have someone grow the drug for them and reimburse them for the costs of production, such as electricity, supplies and other costs needed to grow the plants. Bennett saw THC as a legal way for people to get access to medicine. "Cardholders need immediate access, but they don't know how to grow or have the time to do so," Bennett said. "They don't know the cost associated with indoor or an outdoor cultivation. There was this need, so I did some research and got involved in the community." - The Times (Tigard/Tualatin/Sherwood) 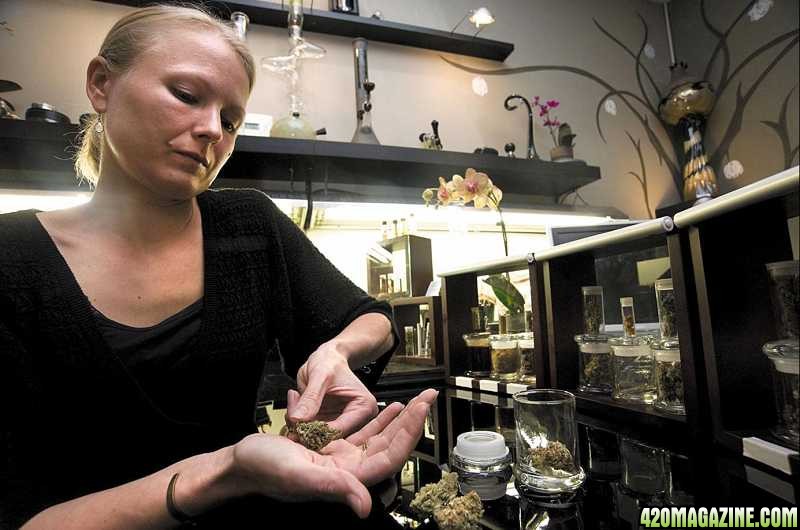