Outside of Chickasha Smoke Shop, Sheila Hoselton holds up the clip board she hopes to fill with signatures of those that want the medical marijuana question put on the November ballot in Oklahoma. Between 6 p.m. and 8 p.m., Hoselton will speak to curious passersby as part of a wider state campaign that seeks more than 150,000 signatures total before August 21. Hoselton was not offering a 3 for 1 deal on the illegal drug, as a confused caller suggested, but rather was asking for signatures on a petition for Article 31, authorizing the distribution, growth, transportation, and prescriptions for medical marijuana. She is part of a state wide effort called Oklahomans for Health, which seeks to put the medical marijuana question on the ballot through a grass roots method, signatures, and lots of them. - The Express Star 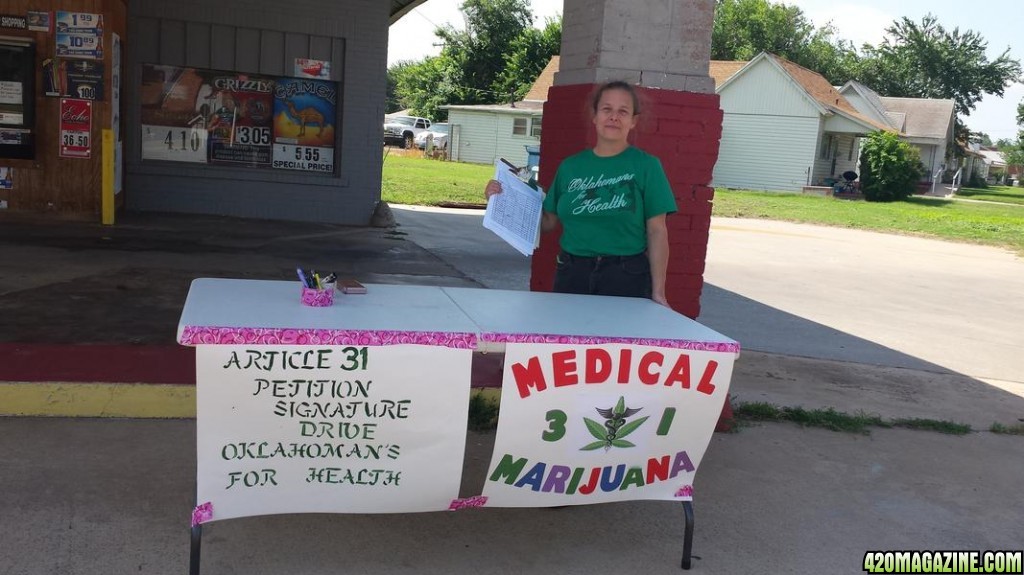