Cannabinoids are a large family of chemicals related to delta-9-tetrahydrocannabinol (THC), marijuana's main psychoactive (mind-altering) ingredient. Besides THC, the marijuana plant contains over 100 other cannabinoids. Scientists and manufacturers of "designer" drugs have also synthesized numerous cannabinoids in the laboratory (some of which are extremely potent and, when abused, have led to serious health consequences). The body also produces its own cannabinoid chemicals (called endocannabinoids), which play a role in regulating pleasure, memory, thinking, concentration, movement, coordination, sensory and time perception, appetite, and pain. - Sara Munoz (left), 21, of Mt. Morris, Michigan, and dispensary owner Anna Germain, 28, of Davison, Michigan 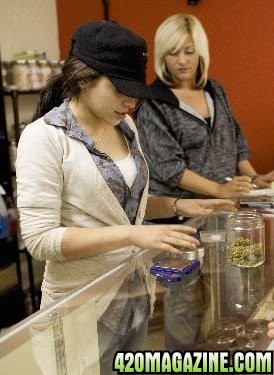 Aug 18, 2012
Truth Seeker
T
K
What Are The Medicinal Benefits Of Cannabinoids?

Jul 28, 2016
Katelyn Baker
K
K
What Are The Medicinal Benefits Of Cannabinoids?