6 Ways to Use Hemp And Marijuana That You Never Expected

The cannabis plant is one of the most versatile materials that can be found on planet Earth. Aside from what people typically associate with it – the act of altering one's state of consciousness – cannabis also has myriad other practical and economical uses. But for generations now, fear-mongering, paranoia, and misinformation have forced its use to remain under the radar or completely out of the question.

Now that the stigma surrounding marijuana and hemp is subsiding to some degree, scientists, engineers, and entrepreneurs are finally getting the chance to put the plant to work. For decades, the marijuana plant – and its cousin, hemp – were demonized by a potent blend of big business and political propaganda, mostly because it presented a large threat to some of the established powers. We can look at films like Reefer Madness to see how the plant was portrayed at the time, and compare it to what we know now to see just how ridiculous the whole concept of prohibition has been – not to mention costly.

Marijuana and hemp are not exactly the same, although they are very closely related. Essentially, hemp does not contain the psychoactive compound found in marijuana, THC. Both do come from the same plant family, and the two terms are generally used to differentiate between uses. For example, hemp is the term applied to cannabis when industrial uses are being applied, whereas marijuana is used to refer to medical or recreational use through smoking or ingesting.

We all know that marijuana and hemp can be used to create clothing and edibles, but what about some of its lesser known applications? There are a lot, and most are just beginning to be explored by entrepreneurs and inventors. Some are already on their way toward widespread adoption.

Here are six little known or unexpected uses for marijuana and hemp that may break into the mainstream in coming years.

1. Fuel
Imagine piloting down the highway behind the power of cannabis! That's right, similar to plants like corn, cannabis can be used to develop biofuels to power automobiles, generators, and really anything else you can imagine. The University of Connecticut has been hard at work studying whether or not the fuel is actually viable, and the results are showing that it indeed is. One of the major problem with current biofuel production is that it often takes more energy to create it than you get in the end, but cannabis may be able to change that.

One more piece of good news: it won't take much to get the cannabis biofuel industry started. "If someone is already growing hemp, they might be able to produce enough fuel to power their whole farm with the oil from the seeds they produce. The fact that a hemp industry already exists means that a hemp biodiesel industry would need little additional investment," says professor Richard Parnas of UConn.

2. Batteries
The way we think about how we store energy is transforming, and cannabis may be able to spur things along even faster. Alternet reports that researchers are finding that cannabis may lead the way to producing more efficient supercapacitors. The actual engineering is a bit complicated, but basically involves the creation of nanosheets from hemp fibers, in the same way scientists have been able to use graphene in the past.

Hemp provides a huge advantage due to its inexpensiveness, as it can cost thousands of times less than graphene or similar materials. As hemp becomes more socially acceptable to work with, exploration into the potential technology should only increase in scope, and hopefully a viable technology will come out of it.

3. Nutritional Supplements
Everyone is aware of edibles, and the idea of 'magic brownies.' Now the medical and recreational industries are pushing edibles further every day, with just about everything you can imagine now available in 'medicated' form. But for those who don't want to get high, there are also a ton of hemp-based nutritional options out there, often more healthy than the alternatives.

It turns out that hemp is quite healthy, and can be a solid source of protein and minerals when a part of a balanced diet. There are a ton of items available to bolster your daily regimen – from protein powders to hemp milk, hemp seeds, and even hemp oil to cook with. Hemp can provide vegetarians and vegans with another staple to their diets, and due to its versatility, it can be used in a ton of different ways.

4. Building Materials
It's possible that you may be charging your phone with hemp products, wearing clothes made from hemp products, and even eating cannabis products in the near future. How about also living in a structure created from hemp? Building materials are one of the most exciting products that can be manufactured from cannabis, as it would allow for people living in areas with little resources to access things needed for construction. Of course, this puts fear into the heart of timber companies, but we can all agree that saving some trees is probably a good thing. Not to mention that cannabis crops can be turned over incredibly fast compared to forests.

Materials including concrete, plastic, wallboard, and even insulation can be made from cannabis, essentially all the stuff needed to build a house. Pipes can be fitted from hemp-based plastics as well, taking care of plumbing issues. Can you imagine being the first on your block to have a hemp-based house?

5. Livestock Feed
Livestock require a lot of resources to raise. That includes food, land, water, and a host of other things. In fact, the amount of resources that it takes to raise animals like cattle oftentimes outweighs what farmers are able to get out of the animals in terms of meat or other sellable products. But cannabis may be able to help alleviate some of that by providing a cheap and plentiful resource for food and bedding for large animals.

Many animals are now fed diets largely consisting of corn, which can be replaced with cannabis-based feed. This change would reduce costs and spare more food for people who need it, and also cut down on transportation needs, as cannabis can grow practically anywhere. Of course, convincing the general populace to eat cannabis-fed meat will be another issue to tackle.

6. Plastic Production
Who would've thought that plastic can be manufactured from cannabis? Well, it can, just like it's made from other plant matter. Not only that, but cannabis-based plastics are more easily recycled and degrade at a faster rate than traditional plastics. Other bioplastics are created from corn and soy, but hemp does provide distinct advantages over both of them in terms of strength and sturdiness.

The wide-ranging use for bioplastics made from hemp cannot be understated. Everyday items like soda bottles and food packaging could easily be switched to hemp-based plastics, as well as things like piping, furniture, and even car parts. After a while, you'll be seeing cannabis-based products everywhere you look. 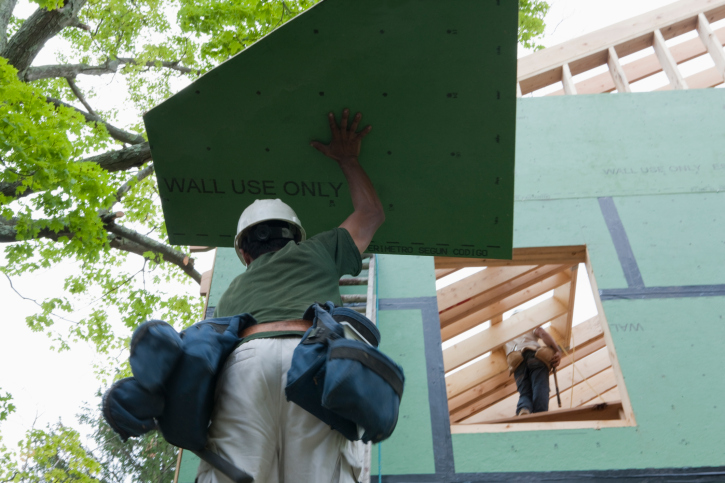 K
7 Unexpected Uses For Hemp You Never Knew About Before