The Louisiana Department of Agriculture estimates it will cost the state between $500,000 and $700,000 annually to oversee the production of medical marijuana, and the costs don't stop there.

To fund that program, the department plans to charge the growers of marijuana $100,000 annually and ask them to pay 7 percent of the gross sales the producers receive from getting the product to pharmacies, according to a bill passed Thursday (April 14) by the House Agriculture Committee. The annual $100,000 charge and the 7 percent of sales is expected to cover the department's cost. Revenue from growing medical marijuana is projected to be less than $10 million after three years.

The proposal is the second bill the Legislature has considered as the state seeks to set up a means to produce and dispense the drug under a law signed last year by Gov. Bobby Jindal.

The House of Representatives has already passed a bill that sets an application fee of $5,000 for people who want to dispense medical marijuana from one of 10 pharmacies allowed to fill orders for the drug.

But it's becoming increasingly unclear who would grow the medical marijuana. The grower will have to press the plant into an oil extract, as raw marijuana for medical purposes remains illegal under Louisiana law.

Under the law passed last year, LSU and Southern University were designated as the top contenders to grow the drug through their agriculture programs. But now lawmakers are discussing whether LSU and Southern would exercise their "right of first refusal," which could trigger a request for proposals from private producers that would create a private monopoly on medical marijuana production.

Agriculture Commissioner Mike Strain said that his department has formulated rules for the production and passed those on to LSU and Southern. The two universities are now using those rules to perform a cost analysis they will use to decide whether it's worth it to produce the drug.

Early indications are that it would cost between $5 million and $7 million to set up a production facility that would take medical marijuana through the growing process and also press it into oil. A decision about whether the universities will go forward is expected by September.

A big question the universities are facing is whether they can generate enough revenue from selling the drug to pharmacies to justify the cost, Strain said. He told lawmakers Thursday that "it's going to be a very narrow margin" for the universities if the conditions aren't broadened to qualify more patients for the drug and expand the market.

Much of the cost for the Department of Agriculture will be in testing the product. Strain said that because the department is tasked with quality control, it will have to spend $350,000 annually to test the product and ensure it is ready for consumption. If a producer decides to put the oil into an edible form such as a cookie or a brownie, the department will have to determine the shelf life of the food.

"It's going to be one of the most highly scrutinized things that we will do as a state," Strain said. "The only think that would be comparable would be the single gaming license."

Strain also said he's concerned that the Legislature hasn't appropriated funding for his department to initiate the program. So his department will be on the hook if producers start the growing process but don't end up producing a medicine that can be sold and generate revenue that will flow back to the department.

Jesse McCormick, a lobbyist for the Louisiana Cannabis Association, told lawmakers that there is also the potential that Louisiana generates more money than expected from the sale of medical marijuana. That caught the attention of House Agriculture Committee member Bubba Chaney, R-Rayville.

"I happen to think that there's nothing wrong with the American ideal of making a profit, and certainly with the budget constraints we've had," Chaney said. "It wouldn't be strictly for the perpetuation of the marijuana industry. It would be used for research and all of the other things that the (university agriculture) centers are famous for doing."

One other state -- Maryland -- designated universities as the producer of medical marijuana, McCormick said. But the University of Maryland System decided not to, and the right of production passed to private producers.

If that happens in Louisiana, McCormick pointed out that there will be a monopoly for marijuana production for the winner because the Legislature has not set up a broader process.

But the author of House Bill 1099, state Rep. Major Thibaut, said he doesn't mind if it's one private entity producing the drug. But he urged the Agriculture Committee to "not take the (agriculture) centers out of the game," whether it's the right to produce it or by benefiting from revenue produced by a private producer.

"I think there's a lot of work on this bill," Thibaut, a Democrat from New Roads, said. "There's no road map being we're not modeling it after any other states, and I'm sure it'll need some changes down the road." 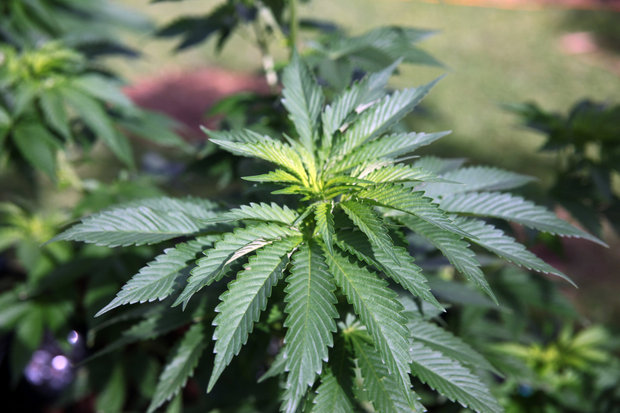 K
Universities Opt In To Move Forward With Medical Marijuana

Jun 24, 2016
Katelyn Baker
K
R
How Far Away Is Medical Marijuana In Louisiana?