A Benefit Of Legal Marijuana

Policy makers have suggested a variety of strategies to reduce injury and death from prescription opioid overdose, including drug-monitoring programs, scrutiny of doctors writing prescriptions and improved access to substance-abuse treatment. Now a study has found evidence that legal access to marijuana is associated with fewer opioid overdose deaths. Researchers with the Department of Veterans Affairs found that in states where medical marijuana was legally available, death rates from opioid overdose were on average 24.8 percent lower than in states without medical marijuana.

The differences generally were even greater in states where medical marijuana had been available for longer periods. The study was published in JAMA Internal Medicine. The authors acknowledge that various factors that are hard to measure may be at work, including differences among states in health behaviors, socioeconomic status, race, ethnicity, and medical or psychiatric diagnoses. But by comparing the same state before and after the passage of medical marijuana laws, the researchers say they were able to control for population variations between states, even those they could not specifically identify.

They do not recommend the wide adoption of legalized cannabis on the basis of this study. Still, the lead author, Dr. Marcus A. Bachhuber, a fellow at the Philadelphia Veterans Affairs Medical Center, said that medical marijuana laws might have unexpected benefits. "The next step would be a study of individuals over time," he said. "If studies of individuals suggest that laws shift behavior, we could be reasonably confident of our results." 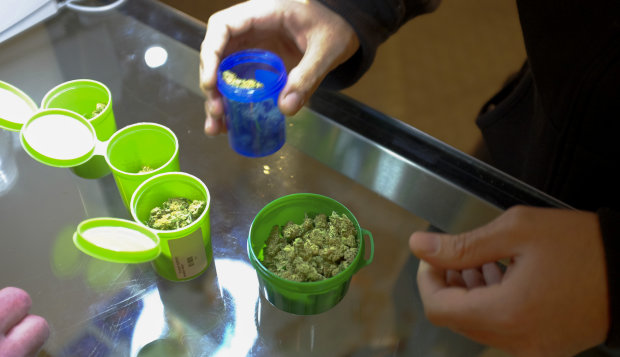