A Big Shift Is Necessary To Successfully Market Cannabis To Minorities

In the early 1900's when marijuana first came under heavy scrutiny by the governing bodies of the United States, it was rare to mention marijuana without mentioning minorities. It was after all, the new influx of Mexicans entering the USA that popularized the use of the plant for recreational purposes. Since then blacks, Hispanics and even Asians have only been associated with marijuana in a negative light and so many cannabis businesses shy away from marketing to minorities and instead, choose to focus their marketing efforts on the more general Caucasian market.

There is, however, much potential in the virtually untapped minority market as far as marijuana is concerned. Blacks consume just about as much marijuana as whites do and that means if a cannabis business is not marketing to minorities, they are missing out on a big piece of the green pie. Blacks and Hispanics combined make up almost 30% of the US population - that's a huge market with a lot of potential to make some serious green cash.

Successfully marketing cannabis to minorities will be a challenging venture for any cannabis business, but if done correctly it will be well worth the effort. One of the major challenges that these businesses will have is how to get around the cannabis stigma attached to minorities. The general population has this idea that marijuana leads to disruptive behavior in minorities and this perception has to be changed if cannabis businesses that are to be successful in their efforts to market to minorities.

The first step towards successfully marketing cannabis to minorities is to remove the negative stereotypes that have been attached to them and the plant in the past. Removing these stereotypes will not be an easy task, but the good news is that it is not impossible. Being very conscious and aware of how minorities are portrayed in marketing materials sets the stage for these stereotypes to be eradicated.

One way to remove the negative stereotypes associated with minorities and cannabis is to avoid slang terms such as 'pot' and 'dope' in marketing materials and campaigns. These slang terms have very negative connotations and only serve to strengthen the stereotypes that we are trying to do away with. Ideally they should be replaced with more appropriate terms like 'cannabis' and 'marijuana' that do not have as much negative stigma attached.

Some of the issues with marketing to minorities (blacks in particular) lies in that they have been largely shut out of the industry. This is an especially sensitive subject considering how many minorities are doing prison time for non-violent weed offenses, as their white counterparts cash in big.

"We must elevate our conversations, change those thought processes and referenced lingos of marijuana and people of color," relates D Sugar Kopplin Easley, Sug-ah Shack EdiblesCo. and MediFaded Sugar Owner & Chef-de-Cuisine. "In changing our sociocultural behaviors we will produce a more cognitive and lucrative result."

The marketing materials that a cannabis business uses can also include images that depict minorities in a positive light. Many modern cannabis businesses have taken the approach of using positive lifestyle imagery on their marketing materials like large posters showing people hiking or river rafting in their shop windows. Images that actually contain cannabis are avoided. In order to target more minorities, images with people they can identify with should be used.

"A key to success in marketing to minorities would be to hire minority owned businesses or conduct focus groups," remarked Susan Soares, executive director at C.A.R.E., an organization that embraces new approaches to cannabis advancements through producing elegant cannabis culture events, outreach and research. "Since this is an emerging industry some local governments are even legislating rules to make the industry more inclusive of minorities. Companies hoping to be successful in the cannabis industry should do the same".

Images that portray a variety of minority characters should be used in marketing campaigns but these images need to be carefully thought out. If they show minorities doing activities that they cannot relate to in reality, then they will not be as effective. In fact, this type of marketing may be viewed by the market as not being authentic and end up having the effect of encouraging them to stay away. The scenes that include minorities should ideally include realistic portrayals of them.

Large companies like McDonald's have become experts in advertising to minorities over the years and cannabis businesses can learn a thing or two from their diversified marketing strategies. Normally, when they launch a new marketing campaign, they target the general market first and then they hire multicultural advertising agencies to produce alternate versions that are geared towards the different minority markets. McDonald's is also not afraid to invest in these minority advertising campaigns just as they would more general ones. They are well aware that the minority groups are growing rapidly and account for a large portion of their revenues.

All the Right Places

Once the proper, minority inspired marketing materials are in place, the next move that a cannabis business will need to do is to get these materials in front of minorities. To get this right it is necessary to do market research and find out where are the best places to market to the different minority groups.

Whether are online or offline, the number of places where you can legally market a cannabis business are restricted and so you will really need to get to know your target market (in this case minorities) their wants, needs and habits, so that you can find the best places to market to them. For example approximately 37% of African Americans look for content that is ethnically targeted when they go online. This means that you should look at African American centered websites where advertising cannabis related products is allowed if you want to attract more black American customers.

Another way to attract more minority customers is by introducing minority themed edibles. Virtually any recipe, savory or sweet, can be infused with cannabis to make edibles. This creates an opportunity to target minorities using recipes that are cultural favorites. For example cannabis infused flan could be created to get the interest of the Hispanic market or cannabis infused banana bread for the African American market.

People like to see things that they are already familiar with and are much more likely to try something new if it comes in a familiar package e.g. as a familiar dessert. This also means that not only will minorities be more likely to purchase, the number of minorities that are trying cannabis products for the first time is likely to also increase. Moreover the general public tends to view these ethnically diverse offerings as exotic and usually they are only too happy to purchase them, as well.

Marketing cannabis as a preventive medicine is relatable too. It can be an enlightening and expounding experience. "Cannabis has an ethnically and culturally homeopathic value with tinctures, balms and oils, especially to the older generations," Easley remarked. "There is a strong market there as some older people of color would prefer not to experience the inebriation, or THC effects. They would much rather use it for body aches, or oils used for epilepsy, edibles used to control blood pressure or cardiac issues."

These are all health topics that are discussed within these diverse communities and within the cannabis industry. But, it is also absolutely crucial to work to remove the negative stigmas and connotations that have been attached to these communities.

"Medical cannabis works from the inside, not the outside," relates Carolyn Gerin, director of strategic partnerships for Precise Cannabis, a cannabis PR firm. By focusing on health and wellness, you are amplifying the benefits of the medicine."

Having positive images, portraying people of color enjoying positive outings with their friends/families, or doing recreational sports and the like, are good for the general public. And, in fact, even a healthy doctor's visit are beneficial ways to target the placement of cannabis products, especially to the aging market.

If the McDonald's example is anything to go buy, marketing to minorities will also have a very positive effect on the way that the general public views a company. When they launched a Hispanic targeted campaign that involved the introduction of the 'Fiesta Menu', it was received well by Hispanics and surprisingly it did extremely well in the predominantly white neighborhoods. Apparently the general public responds positively to any efforts that are made to include minorities and this is just another reason cannabis businesses need to market to them.

As we near election time, the high potential of marijuana becoming legalized for recreational purposes is becoming more of a daily reality. It is high time that we include these untapped markets, invite the community in for a conversation, and change the way we relate to those who chose to use cannabis. 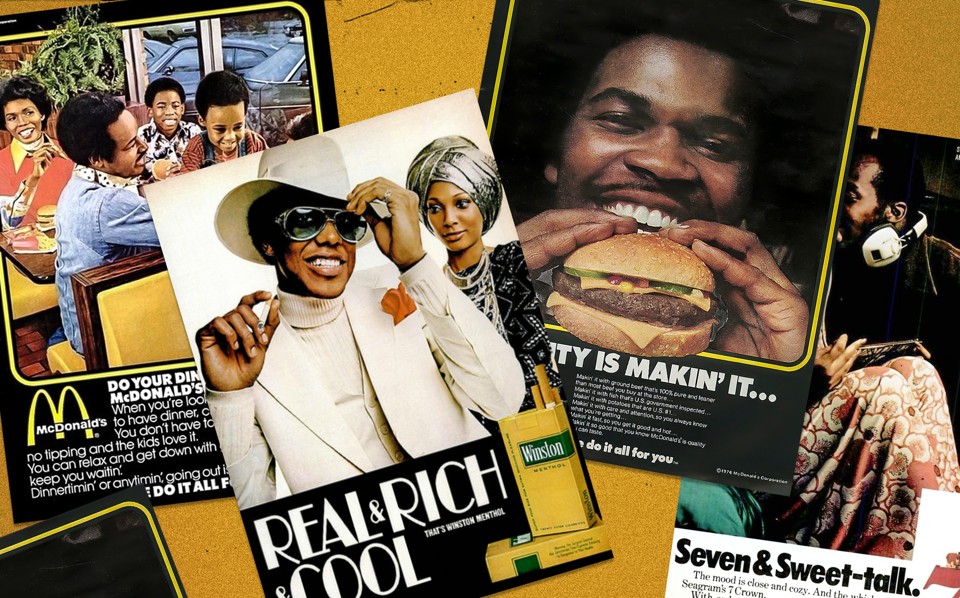 To Market, to Market

Marijuana Industry Looks To Get More Women, Minorities In The Pot Business

How Big Is Colorado's Black Market For Marijuana